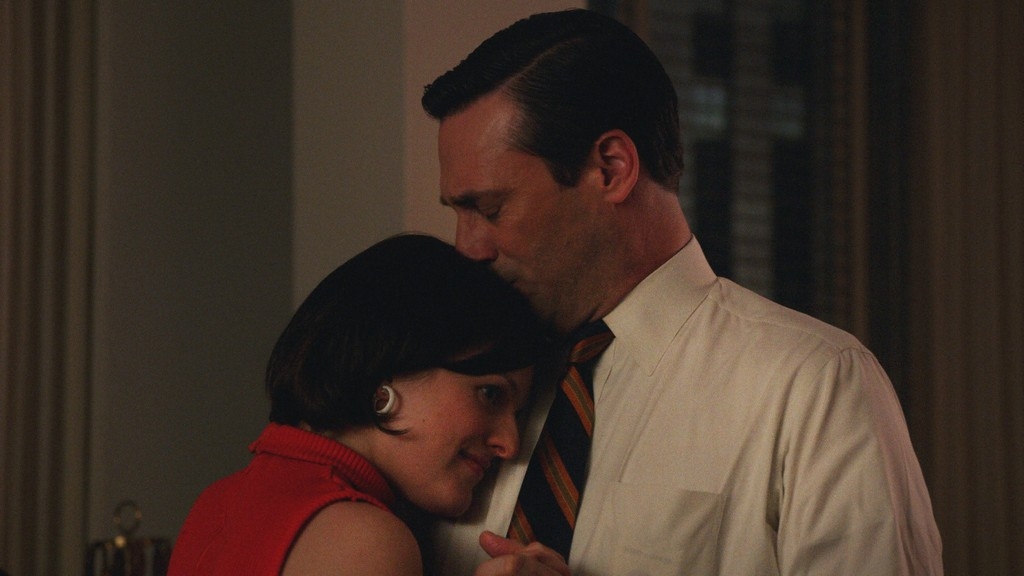 I’ve been trying to figure out why “The Strategy,” the sixth episode in the final season of “Mad Men,” was so unbearably poignant. And poignant it was. I watched it twice, as I do each week’s episode, and got choked up both times. On the surface, not all that much happens. Three characters descend upon New York: Pete visits with his girlfriend, Megan visits New York, too, and Bob Benson, in from Detroit, makes what could well be his final appearance on the series. (Okay, Bob Benson proposing to Joan doesn’t fall into the “not much happened” department. Oh, and the agency is losing Buick. But more on both below.) The episode was very, very well received, with many recappers and social media commentators calling it one of the best in the entire season.

This might be true. There was a shift in tone, and tempo – hats off to writer Semi Chellas for putting in another stellar performance. Suddenly the characters seemed to have settled into quiet inevitability after episodes of frenetic tensions and seismic changes are taking place against their will, like Megan slipping away from Don, who seems genuinely to love her (or perhaps he thinks he loves her now that she’s receding from his life). At the same time, I grew frustrated that I let the show tug at my heartstrings to the degree it did, wondering if I let a slow dance to a Frank Sinatra song eclipse the fact that Pete had thrown Peggy under the bus, by proposing that Don make the Burger Chef pitch, not Peggy.

Pete, returning to New York for the first time this season, quietly throws his weight around by bringing Don unannounced to a meeting to assess the pitch. This rattles Lou and Peggy and, to a lesser degree, Stan, but Pete prevails and Don, who, after cold-attending Jim (Cutler) and Lou (Avery)’s meeting with Phillip Morris last week, seems to be following the rules and respecting the chain of command, and who, if I’m not mistaken, did not drink over the course of this entire episode, gives Peggy his praise. Then, in a separate meeting which Don does not attend, Pete informs Peggy that he thinks Don should give the pitch. He makes like she’s got a choice. But she really doesn’t. When she informs Don that he’ll make the pitch, he asks her whose idea that was. He can tell something’s amiss.

This so-called strategy, imposed on Peggy, unnerves her so much that she’s convinced that the pitch doesn’t have merit. This sets the stage for a sequel to “The Suitcase,” the sensational season four episode in which Don and Peggy have an all-nighter to write a pitch for Samsonite. This time, Peggy is technically in charge, but her confidence is quietly crumbling. And Don, instead of badgering and dominating her the way he did in that amazing episode, is pliant and flexible and supportive. He is a grown-up. Peggy is not just upset about the Burger Chef account. She’s upset that she’s turned 30 and she looks into station wagons driven by mom’s with kids and wonders where things go wrong. (She obviously doesn’t have a clue how complicated their lives are! Despite these women oozing frustration and disappointment!)

Don and Peggy go back and forth, and the next thing we know, Frank Sinatra’s on the radio – They play it all the time, Peggy declares. And she’s right. The song became a hit in April 1969, and ended up being Frank Sinatra’s biggest hit of all time. And Frank Sinatra positively hated the song! And why do I know this? Because about 10 days before this episode aired, I chanced upon Frank Sinatra’s rather wonderful “The Best Is Yet to Come” and decided it would make a perfect song to the final episode of “Mad Men.” Surprisingly optimistic, etc., etc. I wondered if Matthew Weiner had ever closed an episode with Frank Sinatra. Apparently not, at least not until this episode. Even though the song doesn’t close the episode.

What closes the episode is Peggy and Don and Pete in a Burger Chef, extolling families values. It is, dare I say, sentimental to the core. But it works! It just works. The camera retreats, and we see the three of them eating in this spaceship-shaped place with globe pendant lamps and I can’t quite identify why it comes together instead of backfiring. Is it perhaps because without articulating as much, we appreciate just how much Don has sacrificed indirectly for, and unbeknownst to, Peggy? Think about it. He gave up going to L.A. for Ted, which saved Ted’s marriage but effectively cost him his, and spared Peggy the drawn-out complications of being the homebreaking other woman in a doomed affair with a married man.

I’m slightly obsessed with this aspect of the episode. Less so the return of Bob Benson, who, for perhaps the first and last time, felt like a full-blown character versus the impish, cartoonish personage we saw last season. It’s pretty sad, he’s closeted, so much so that he tells a colleague who gets beat up for trying to fellate an undercover office, that he’s not of his stripe. But he is, and he tries to enjoin Joan with a proposal of marriage. We can live in a mansion, you’ll love Detroit, he implores. It doesn’t work, because Joan knows he’s gay and she wants to hold out for love, despite, as Bob harshly observes, being nearly 40 and living in a two-bedroom with her mother and her son. Go, Joan! And I wish Bob Benson well.

Joan and Peggy are bringing out the yentl in me. I wish they’d meet someone!

Why doesn’t Don ever bump into Sylvia in his apartment lobby or elevator? Come on! Not realistic.

To the persistent discussion about whether “Mad Men” is a soap opera or not: Who cares? If it’s high art or low art, what’s the diff?

Beating a dead horse: I still cannot forgive AMC for splitting the final season into two parts. Argh on so many levels! This Sunday is it for nearly a year. I absolutely do not think it worked. No one, not a single recapper, reviewer, viewer, thinks it was a good idea.

Don and Peggy ending up together: I could see it. Lots of folks would not. But Don, in this episode, there was this look when he kissed Peggy’s head, this look of surprise. But if not, so be it. I’m fine either way.