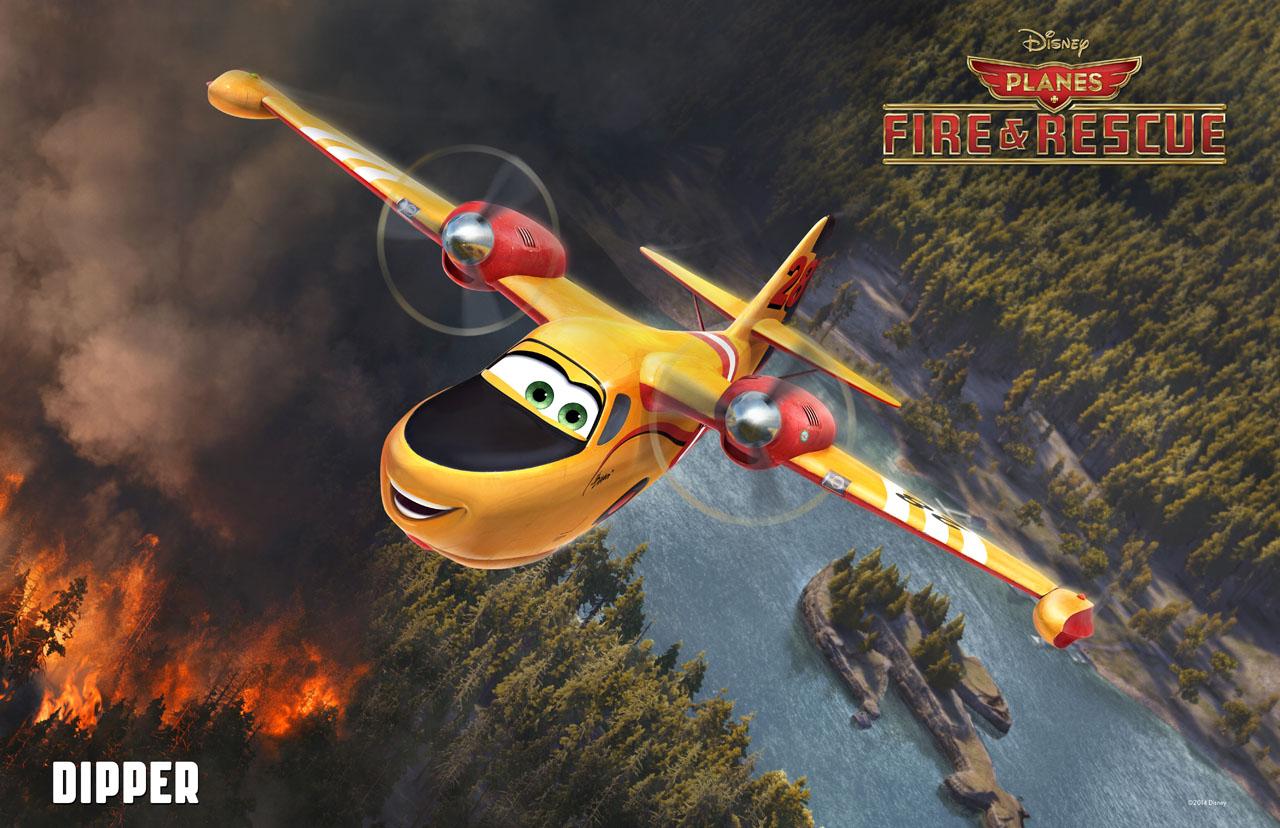 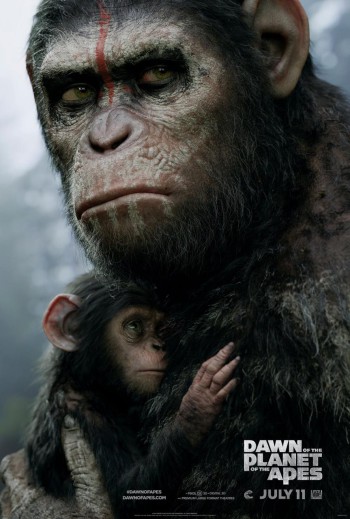 Editors & Publishers: Buy this feature in our Shop.

New on the big screen in July for kids and teens is a sweet alien tale, a beloved animated plane, and another “Step Up” dance movie. Here’s a sneak peek at what’s new in theaters and on DVD and blu-ray this month.

ET phone home? Maybe. In this family adventure from director Dave Green and Walt Disney Studios, Tuck (Astro), Munch (Reese Hartwig) and Alex (Teo Halm) are inseparable friends whose neighborhood is being destroyed by a highway construction project that’s forcing their families to move away. Just two days before they must part ways, the boys begin receiving a strange series of signals on their phones and team up with another friend, Emma, to figure out what’s going on. Turns out an adorable little alien is stranded on Earth and needs help to — you guessed it — get back home. Though comparisons to “E.T.,” “Super 8,” “Chronicle” and “Wall-E” abound, this is a cute family film.

Documentarian Steve James (“Hoop Dreams”) is the perfect filmmaker to adapt the memoir of Pulitzer Prize-winning film critic and American icon Roger Ebert. This film is funny and passionate, much like the subject himself, and is both a retrospective of Ebert’s amazing career and an intimate look at the end of his life — a life well lived with wife and soulmate Chaz. The film, produced by Oscar-winner Martin Scorsese, who also appears onscreen to discuss his friendship with Ebert, received standing ovations when it played at Sundance. Don’t miss it.

DAWN OF THE PLANET OF THE APES

Ten years after the events of 2011’s “Rise of The Planet of the Apes,” the super-smart ape Caesar (Andy Serkis) and his followers come into conflict with the human survivors of a deadly virus. Who will win? Well, let’s just say the title is a dead giveaway. Director Matt Reeves takes over the reins from “Rise” director Rupert Wyatt, with a cast that includes Jason Clarke, Gary Oldman, Keri Russell, Toby Kebbell, Kodi Smit-McPhee, Enrique Murciano, Kirk Acevedo, and Judy Greer. This film continues the franchise with impressive special effects and a dark storyline that’s sure to be a hit with moviegoers. All hail Caesar and his ape overlords.

In a near-future dystopia, Mila Kunis plays Jupiter Jones, a lowly janitor who might also have a genetic claim on Earth. This doesn’t sit well with the King Of The Universe (Eddie Redmayne), who sends Caine Wise (Channing Tatum) to kill her. Then, of course, things get complicated. Written and directed by Lana and Andy Wachowski (“Cloud Atlas”), this is an ambitious film with similarities to “The Matrix” universe (a chosen one battles the forces of evil). Sean Bean, Gugu Mbatha-Raw, Douglas Booth and Christina Cole also star.

I’m all for any children’s film where they play a tune by AC/DC in the trailer (“Thunderstruck,” in this case). This sequel to “Planes” (a spinoff of “Cars”) finds Dusty Crophopper (voiced by Dane Cook) now a world famous air racer. But when he learns that his engine is damaged and he may never race again, he shifts gears and joins an elite aerial firefighting unit, including veteran fire and rescue helicopter Blade Ranger, spirited super scooper Dipper, heavy-lift helicopter Windlifter, ex-military transport Cabbie, and a lively bunch of brave all-terrain vehicles known as The Smokejumpers. Together, the fearless team battles a massive wildfire and Dusty learns what it takes to become a true hero. Directed by Disney vet Roberts Gannaway (Disney TV’s “House of Mouse” and “Timon & Pumba”), the animation is more sophisticated than “Planes,” and the story more appealing, especially given the raging real-life wildfires out west this year. It’s sure to please any kid obsessed with animated vehicles. Julie Bowen, Corri English, Ed Harris, Regina King, Stacy Keach and Jerry Stiller also voice characters.

I do love Dwayne Johnson, but only the box office returns will determine whether he’s the actor to de-slump the Greek myth-inspired movie genre. Directed by Brett Ratner and based on the Radical Studios graphic novel “Hercules: The Thracian Wars” with a screenplay by Ryan Condal and Evan Spiliotopoulos, this ensemble action film is a revisionist take on the classic myth, set in a grounded world where the supernatural does not exist. Haunted by a sin from his past, Hercules is a mercenary now who, along with five faithful companions, travels ancient Greece selling his services for gold and using his legendary reputation to intimidate enemies. But when the benevolent ruler of Thrace and his daughter seek Hercules’ help to defeat a savage warlord, Hercules must again become the hero he once was. Ian McShane, Rufus Sewell, Joseph Fiennes, John Hurt and Rebecca Ferguson also star.

STEP UP ALL IN

The “Step Up” franchise moves merrily along with its fifth installment of the dance series that began in 2006. People love dance movies, albeit mostly for the dancing, as the plot is generally culled from a couple of basic premises — the “Big Dance Battle” and the “One Last Show to Save the Dance School/Community Center/Whatever. Of course, there’s the requisite love story/rivalry thrown in for dramatic tension. “Step Up All In” brings back actor-dancers from across the series, including Alyson Stoner as Camille, Ryan Guzman as Sean, Adam Sevani as Moose, and Briana Evigan as Andie. It’s directed by Trish Sie, whose experience in choreography, music videos (“Here It Goes Again”), and viral videos makes her a natural fit.

That gentle turtle Franklin decides to share his fort with Harriet and make some family memories of his own after listening to his Dad and Aunt T share childhood memories on a family camping trip. You can’t go wrong with this sweet tale based on characters from the books by Brenda Clark and Paulette Bourgeois.

From the director of “Black Cat” comes this very different type of hunger games. Every day, an epic struggle rages in grocery stores across Japan — the battle for half-priced bento boxes! Once the discount stickers go on, ravenous brawlers start throwing punches in a knockdown, drag-out war over who gets to take home the cheap eats. When a young, broke high school student named Sato joins the Half-Priced Food Lovers Club, he proves to be a rising talent in the world of insane food fights. But does he have what it takes to become the king of anime clearance cuisine?

AN AMERICAN GIRL: ISABELLE DANCES INTO THE SPOTLIGHT

Erin Pitt stars as 9-year-old Isabelle, an inspired dancer with a flair for fashion design. She’s thrilled to be studying ballet at a prestigious performing arts school, but her classmates are so talented, and she can’t help feeling that she’s always in the shadow of her “perfect” older sister, Jade. Will she find the courage to step into the spotlight?

Follow the adventures of Babar’s grandson Badou, as he and his friends and family solve assorted mysteries and puzzles in Celesteville. Badou is a one-elephant stampede, bursting with a sense of adventure and his grandfather s daring spirit, often plunging into a situation (or a hidden passageway or unexplored temple) fully confident that he can handle whatever he finds. Of course, King Babar is never far when his grandson needs guidance. This new series, based on the classic characters created by Jean and Laurent de Brunhoff and set against the lush exotics of Celesteville, speaks to diversity, tolerance and the importance of a strong family bond. Includes 8 adventure-packed episodes.