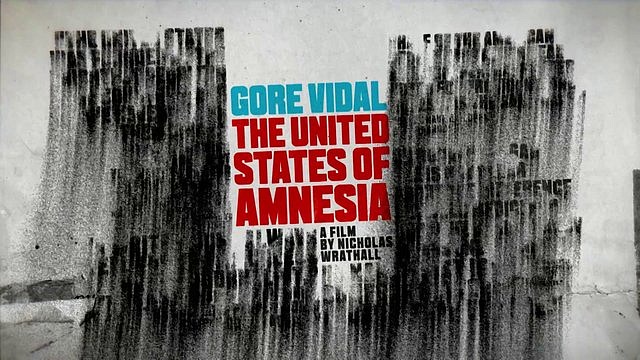 I already knew that Gore Vidal was a fascinating character, but after seeing Nicholas Wrathall‘s new documentary, “Gore Vidal: The United States of Amnesia,” I’m convinced that Gore was one of the most interesting people who has ever lived.

His grandfather was a blind senator who was well-known for his honesty and anti-war stance. His father designed airplanes, had an affair with Amelia Earhart, and later married into Jacqueline Kennedy’s family.

Gore ran for office himself and hung out with John F. Kennedy and Tennessee Williams. There’s a wonderful story in the film about the three of them trying target practice. JFK later fell out of favor with Gore.

There is footage of Gore as a boy flying one of his father’s new planes, and there is recent footage of him meeting with Mikhail Gorbachev in Russia.

These are just a few of the tidbits you’ll discover in the documentary, which includes numerous interviews with the man himself before his death on July 31, 2012, as well as interviews with some of his friends like Sting and actor Tim Robbins.

Wrathall, who is Australian, met Gore in 2003 through filmmaker Burr Steers (“Igby Goes Down,” “17 Again”), who is Gore’s nephew and who served as a producer on the documentary. I spoke with Wrathall about his experience of getting to know the compelling Vidal and making a movie about the man.

How did the movie come about?

When I first met Gore, it was through Burr, so it was pretty casual, and it was a nice sort of soft entry into him. We just decided, Burr and I, that we should do a couple of interviews with Gore in his backyard just for posterity really and capture what he was thinking about in terms of what was going on in the Bush Administration.

As soon as we started talking to him, I realized there was a bigger opportunity and that we should be thinking about making a film. It wasn’t long after that I started talking to investors, and I found out through Gore’s assistant or maybe it was through Burr that he was about to move out of his house in Ravello, Italy for the last time.

So, I rushed out there and got a local Italian cameraman and spent a couple of days there and was lucky enough to capture that scene of him in Ravello leaving for the last time. By that time, we had a backer, and I realized that we had to make a real documentary film. It was a very organic process the way it came together in the beginning. 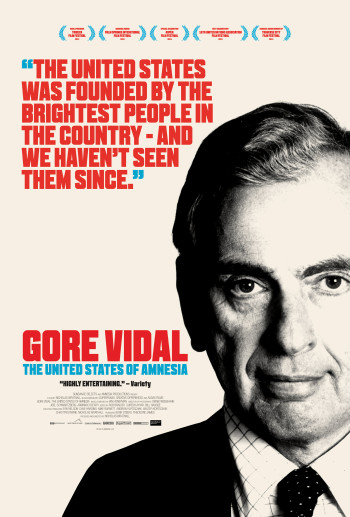 I assume that the situation in Ravello created more of a bond between you.

Yes, it did. It was lovely to be there and go out to dinner with him and meet some of the locals there that he knew very well. I think the fact that I rushed out there made me a lot closer to him….  It was really one of the only times that he had his guard down when I was around him.

Was Gore reluctant at first to make the film?

No, surprisingly, he wasn’t. I think Gore always loved being in front of the camera, and he always had an agenda and a message to get out. He felt that it was always his due to be interviewed. So, he wasn’t reluctant.

At times, he was impatient. The film took a long time to make. We had a lot of difficulties with finance and so forth, and he would stomp his feet and say, “What’s happened to my film? Why aren’t you guys finished now?” And I wish we had been finished earlier. I would have loved him to be at the premiere.

At the same time, the film took on a life of its own, and somehow, I think it’s a stronger film because of the time it took. We get to see Gore aging and time passing. It certainly gave me more time to research and read and dig through all the archives.

I can’t even imagine that process.

It was fascinating. There was so much great archival material that we could have included. But the film could only be so long. We cut about 20 minutes out of the film in the last month because it was 110 minutes long at one point, which was really hard.

I can imagine with a subject like that, you could have had a 15-hour film plus.

You’re so right. It could have been a 3-part series or whatever. There were so many tangents that you could go down and so many subjects that you could discuss with Gore and so many people that he knew and so many lives that he lived within his life. We couldn’t explore it all. We had to narrow the focus of the film.

I guess I was always very motivated by the politics and by his critique of American government and culture, and his biography was a central spine to the film. So, that determined where our focus remained.

Can you tell me a little bit about your trip to Cuba with him because I understand you had to eliminate that from the film?

It was just one of those very tangential stories to have him speaking about and see him in Cuba. There’s a couple of moments in the film now that happened in Cuba, but to set it up and explain why he was going to Cuba and what he discovered there didn’t seem to fit in the end, which was a shame.

But it was a fun trip. It was fascinating to go there with Gore. He had this official invitation … and there was a whole entourage. Gore was chaperoned around and met with the Foreign Minister and the Minister of Arts and went to museums and universities…. I think Gore was very interested and motivated and sort of expected to meet Fidel, actually, but he [Castro] was too sick, and that never happened.

Is there anything that you learned about Gore that surprised you?

I guess a lot of things surprised me. As much as I’d read and researched him, I was constantly surprised by his stories of who he knew and who he’d met. There are parts of his life that aren’t in the film at all. He lived in Guatemala and hung out with Anais Nin. There was no way to include every aspect of his life….

When the Gorbachev thing happened, and Gorbachev invited him to be a key speaker at this political forum, again, I would never have seen it coming. I didn’t know that someone like Gorbachev would hold him in that high regard and that they had this relationship and had been in touch.

I read that you asked Gorbachev a question during their conversation, and Gore never forgave you for it. Is that true?

Gore didn’t really tell me that directly, but apparently complained to Burr many times that I interrupted his conversation with Gorbachev and that I had spoken out of turn or whatever. I just remember there being a lull, and I had a question I wanted to ask and I just shot one of the questions in….

Gore could be quite a spikey character, but generally, he was pretty generous with me. Even though he was angry with that, we still went out to dinner that day. I don’t know if he forgave me or not.

But you weren’t aware of it. You didn’t feel it from him.

No, I didn’t. He complained to Burr about it, and he knew it would get back to me. I probably did apologize for it later.

What were some of the other most painful bits that you felt you had to cut?

Yeah, it’s a good question, and maybe we’ll try to have some DVD extras when we do the DVD or something. There were whole scenes that were cut, but they were little things like with him in Harry’s Bar in Venice reminiscing and talking more about his experiences there that were just really fond little moments that I wanted to include and I was convinced to cut out.

There was more with the Buckley debates. There are so many funny and poignant moments in those debates that still feel very prescient that we couldn’t include.

What’s next for you?

I’m doing some research on a film I’d like to make about a union organizer on the west coast. I’ve got a film idea that I’d like to do in Australia that I’m trying to get the rights for. It’s early days. I’ve still been busy with this, getting it out, and I haven’t really started anything completely in earnest. It’s more just ideas.