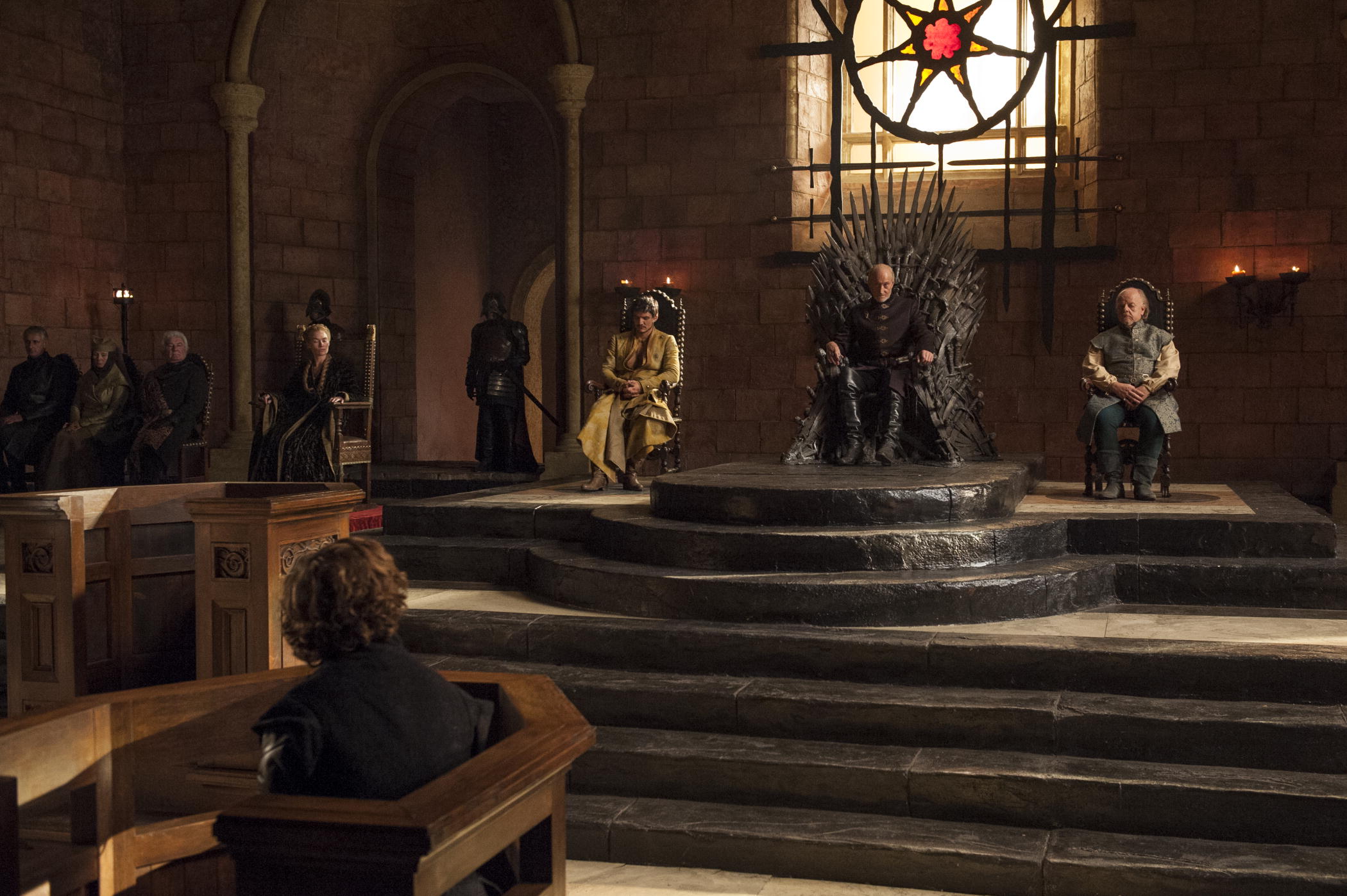 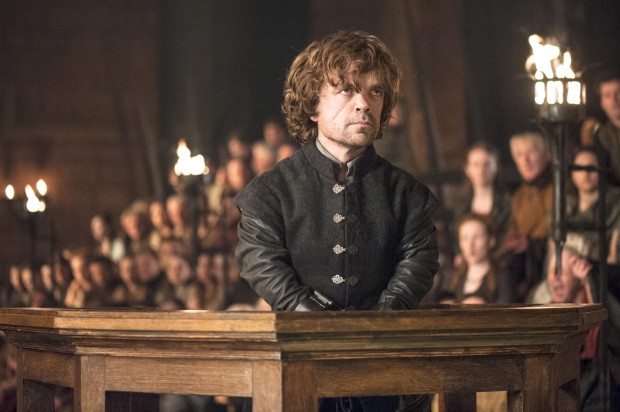 This episode of “Game of Thrones” should have been called “Law & Order: GoT,” as it revolved around the trial of the century in Westeros. I half-expected each scene to begin with the all-familiar “Doink Doink” sound from the long-running “Law & Order.” Incidentally, that sound is properly known as “The Clang” but is more humorously known as “The Dick Wolf Cash Register Sound,” as Richard Belzer coined.

This week’s ep starts off with Stannis Baratheon and Ser Davos at their local branch of the Iron Bank looking for a low-interest loan. They were offered no coffee or lollipops as they waited for the loan officers to show up. When they did, the head Loan Officer looked a bit Sherlocked. Well, that is, the actor was Mark Gatiss, who plays Sherlock’s brother, Mycroft on the series.

Since Stannis’ credit score has fallen below 550, he’s denied his Fannie Mae loan. But before he can hit up the nearest Wells Fargo or Chase, Ser Daavos pleads on his behalf. His words are so convincing the Iron Bank can only do one thing: LOAN APPROVED! 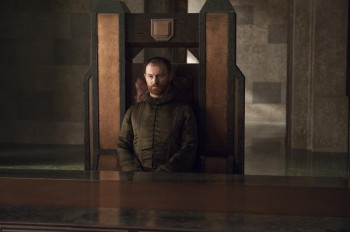 Yara Greyjoy goes to save her brother, Theon, but he’s so far gone now that he believes he is Reek, servant only to Ramsey Bolton. Fighting off Ramsey’s men to save Theon, who clearly doesn’t want to leave the dog cage he now lives in, Yara eventually sees that Theon is beyond saving and escapes with her men, telling the others that Theon Greyjoy is dead. 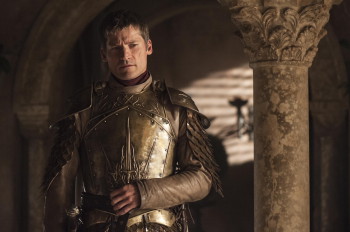 Of course the next guy who walks in is more somber, and we find out his dad was one of the men Dany had crucified and that he opposed the slave children be used as mile markers into Meereen. Dany agrees to allow the guy to have his father removed from the crucifix and given a proper burial.

When she learns there are 212 more people waiting for an audience with her, she gives Ser Jorah Mormont a look that says, “Get me out of here!” to which his look in response says, “If I have to be here, so do you, so suck it up, Khaleesi.”

Over at the trial of century, the odds are stacked against Tyrion. Everyone is testifying against him – Grand Maester Pycelle, Varys, Meryn Trant. It’s a farce of a trial and everyone seems to know it – even Jaime. Jaime pleads to their dad on Tyrion’s behalf, even offering to give up his position in the Kingsguard and settle down with a nice, young Westeros woman that isn’t his sister and continue the Lannister bloodline with the Lannister name. To his surprise, old dad Tywin readily agrees. He’ll allow Tyrion a chance to speak, which he’ll beg for mercy for which he’ll grant. Was the trial a plot to make Jaime quit the Kingsguard? 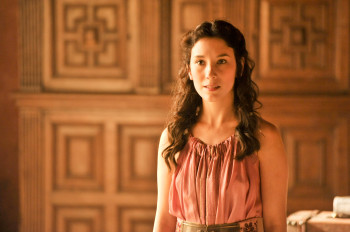 Jaime tells Tyrion of the plan and advises him to keep his trap shut until it’s time to beg for mercy. Tyrion is about to comply but when they bring his ex-lover/prostitute Shae in to totally humiliate him, Tyrion has had enough. A lifetime of enough. Sick of the teasing, belittling, and mockery he has had to endure all his life, the normally calm dwarf finally blows a gasket and tells the whole court what he thinks of all of them. He knows he won’t get a fair trial here and tells them so and then demands a trial by combat!

First off, let me just say if Peter Dinklage doesn’t get an Emmy for his performance this season as Tyrion Lannister, I may have to go all Joffrey on the Television Academy.  I don’t know what we’ll get from him in the next few episodes, but all he needs is to submit his courtroom clip from this episode to the Academy for consideration for Outstanding Lead Actor in a Drama Series and he’s sure to win.

What did you think of this week’s episode? Tweet us at @BeTheBuddha and @ReelLifeJane with your thoughts!