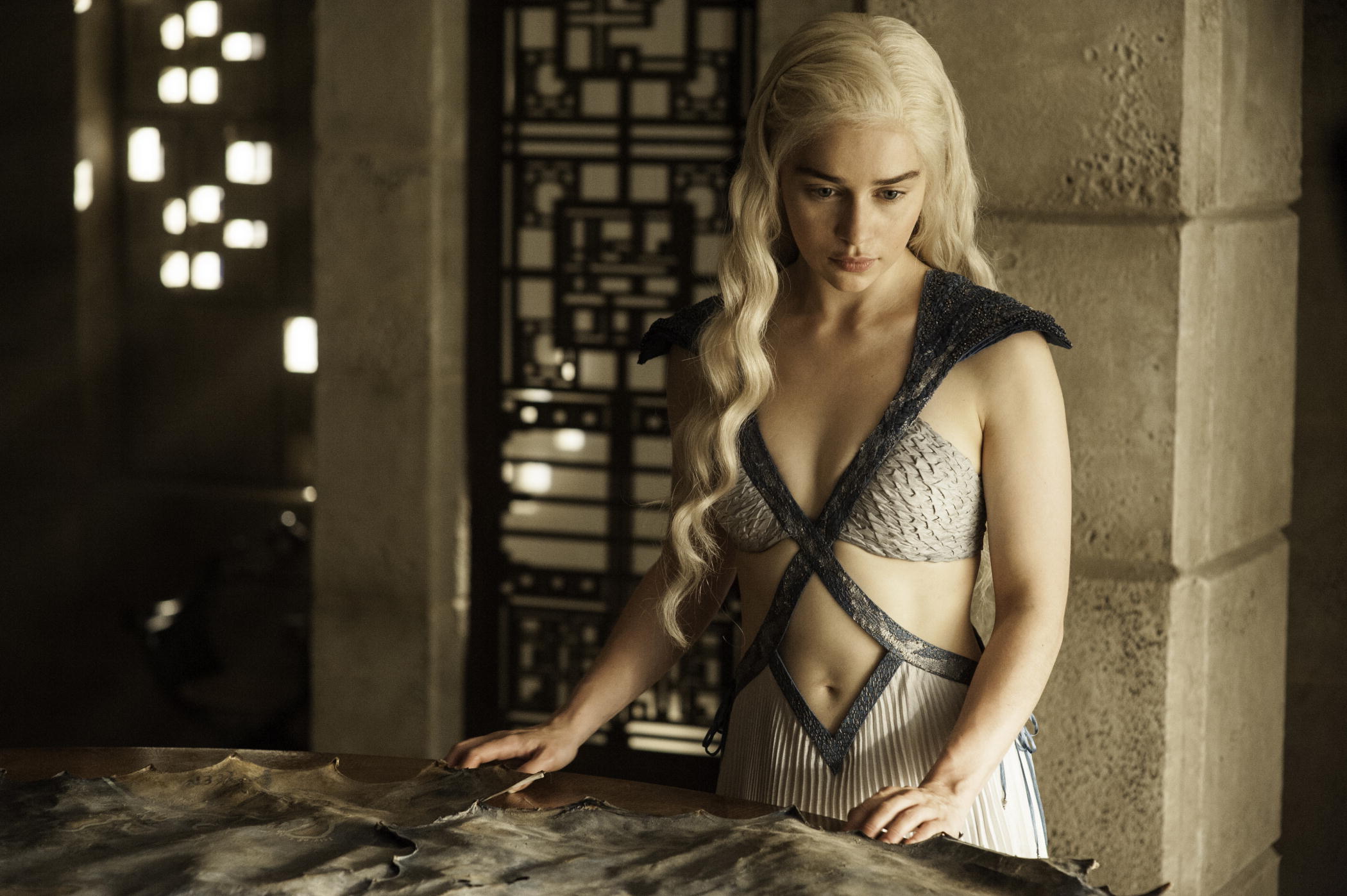 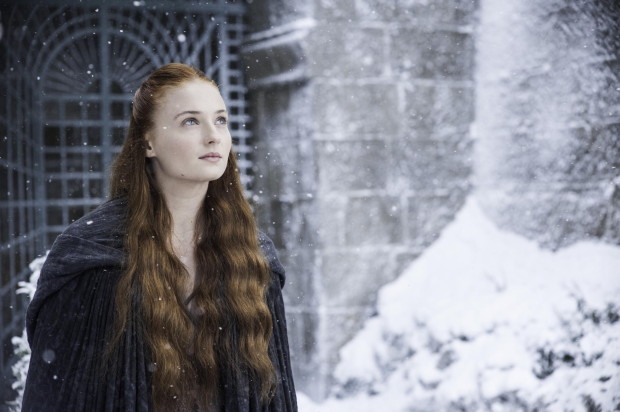 It’s time for Dungeon Confessionals! Quite an interesting “Game of Thrones” episode this week with a lot going on.

After last week’s outburst, Tyrion is locked away in his dungeon awaiting his trial by combat, but he can’t seem to find a willing participant to be his champion. Jaime would gladly do it, for sure, but there’s that little problem he has with his missing sword hand. His left hand is barely able to hold the sword upright much less fight a battle of this magnitude. Creep Factor: 1

Bronn, the sellsword that is Tyrion’s friend refuses because well, his life is worth more than Tyrion can pay. Creep Factor: 2

When he finds out that Cersei’s champion is none other than Ser Gregor Clegane, or “The Mountain,” you can almost see any semblance of hope drain from Tyrion’s eyes. He also realizes he might have to be his own champion – where’s Podrick when you need him?! Creep Factor for The Mountain: 4

Speaking of Podrick… #PodWatch! He and Brienne are well along their journey when they stop by the local Westeros Travelodge to grab a meal. Who’s there to serve them? Hot Pie! Who doesn’t love Hot Pie (the character and the dessert?!).

Brienne tells Hot Pie of their mission to find Sansa Stark. Hot Pie shuts her down and turns stiff and cold on them. Later, as they are leaving, Podrick tells Brienne he doesn’t think they should announce to the whole world they are looking for Sansa, partly admonishing her for revealing so much to Hot Pie. It’s only then that the best dessert in the world sneaks over to tell them he knew Arya, and if they see her, could they give her this inedible direwolf biscuit he made for her? Brienne gives Podrick that “I told you so” look.

These two should have their own spin-off, don’t you think? I would totally watch this odd couple in their own show. Replace Pod and Brienne for Bill Bixby and Brandon Cruz in the title sequence of “The Courtship of Eddie’s Father” and we’re good to go! ♫ ♬ People, let me tell you about my best friend… ♫ ♬ #Podrienne

Arya and The Hound happen upon an old man who has been set upon by thieves. With a gaping hole in the middle of him, he is most definitely on his way to the hereafter, but it’s going to be a painful ride there. The Hound mercy kills him, pointing out to Arya that a stab to the heart is the way to kill a man. He is then attacked by some thieves who leave a nice gouge along his neckline. The Hound quickly kills his attacker, leaving one last thief whom Arya recognizes as one of the murderers she traveled with while she was with Yoren (back in Season 2).

The Hound asks if he’s on her list and she says that he can’t be because she doesn’t know his name. This prompts the Hound to ask what the guy’s name is and when he replies, Rorge, Arya sticks Needle into his heart, as The Hound just taught her. Her killing is merciless, unlike his. Lesson learned, my friend. Lesson learned.

She later tries to tend his wound by cauterizing it, but The Hound won’t let her near him with any form of fire. Now it’s time for the Open Moor Confessional. The Hound recounts his horrific upbringing where his brother, The Mountain, burned one side of his face. She answers him by cleaning his wound and sewing it up. Does Arya have a slight case of Stockholm Syndrome? I don’t know about her, but I kind of am.

Over at The Wall, Jon Snow and Company return from Craster’s Keep with Ghost, Jon’s direwolf. But instead of fanfare, Snow butts heads again with his superior Ser Alliser, who won’t accept a good idea because it came from Jon. Alliser also demands Ghost better disappear or he’ll serve him up in the next stew. Creep Factor: 5

By the coastal shores of Meereen, Daario finds his way into Dany’s private chambers to bring her flowers he picked just for her. She looks at them with disdain and soon the two are making sweet, sweet love. Creep Factor: 0

Much to the dismay of friendzoned Jorah, he bumps into Daario as he is leaving Dany’s chambers, his clothes in disarray. When he voices his concern over the trustworthiness of Daario, Dany agrees which is why, she tells him, she has sent him to Yunkai to retake the city with orders to murder every slaver there.

Jorah reminds her he was once a slaver and if what she is about to do in Yunkai happened to him, he would not be here today to advise her. She takes that to heart and changes her directive, ordering Jorah to send word to Daario that she has changed her mind. She revises her statement telling Jorah to tell Daario that it was Jorah that changed her mind. The lovestruck Jorah leaves his queen’s chambers, chest puffed, strutting like a peacock. #ohyeah

Tyrion gets one more visitor to his late night Dungeon Confessional, and that is Oberyn Martell. In a surprise move, Oberyn offers to be Tyrion’s champion. Why? Because The Mountain raped and killed his sister after killing his sister’s children, and he wants to exact revenge. A relieved Tyrion almost bursts into tears of joy at the news. Creep Factor before Oberyn’s meeting with Tyrion: 8, downgraded to a 4 after he self-appoints himself as Tyrion’s champion.

Over at the Eyrie, which is Creep Factor Central, little boy wonder Robin literally crashes Sansa’s pity party as he stomps on her snow castle because it has no moon door. Showing shades of Crazytown like his mom, I’m thinking Robin + Moon Door = Bad News.

Baelish sees the whole incident with Sansa and Robin. He talks to her and tells her the only woman he ever loved was Sansa’s mother, Catelyn, and had circumstances been different, Sansa might have been his daughter. But since she’s not his daughter, Littlefinger moves in and kisses her! Whoa! Calling someone your might-have-been-daughter then romantically kissing her seconds later? That deserves a Creep Factor: 11!

Turns out the Moon Door is bad news for someone as Lysa (already at Creep Factor 9.5) accuses Sansa of making moves on Baelish, as she witnessed the whole kiss. She’s trying to toss Sansa out the big fat hole in the floor they’re calling a Moon Door. (Really, there’s no ‘pool’ cover for this thing?)

Baelish intervenes, promising Lysa he’ll send Sansa away and tells her he’s only ever loved one woman. Thinking it’s her, Lysa smiles, but when he replies, “Your sister, Catelyn,” she has little chance to frown as he shoves her through the “Game of Thrones” version of the Sarlacc Pit from “Star Wars,” very consciously uncoupling from his new bride.

Congratulations, Petyr Baelish! Your Creep Factor has been downgraded to 10! Oh wait, it’s still a 10…

Only a few more episodes left! What did you think? Tweet us at @BeTheBuddha and @ReelLifeJane with your thoughts!