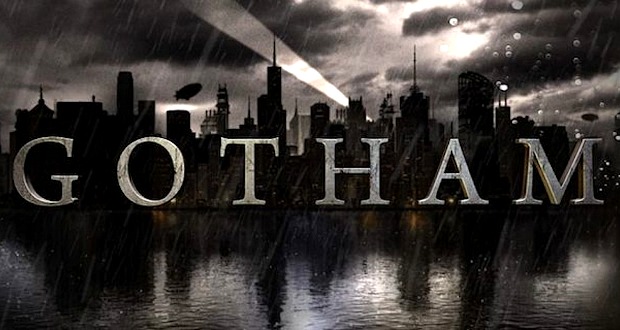 Good news for Batman fans! Fox is moving forward with its Batman prequel series titled “Gotham.” Sounds like a sure hit, right? They’re going to have to really mess this one up in order for it to get canceled. But sometimes even the sure hits don’t survive, so we’ll see. It all depends on those all-important ratings.

The show certainly has an impressive cast. Ben McKenzie, who played Officer Ben Sherman on “Southland” and also voiced the character of Batman/Bruce Wayne in 2011’s “Batman: Year One” video, will play James Gordon.

The drama explores the origin stories of Commissioner James Gordon and the villains that made Gotham famous. And as the Hollywood Reporter reports, the show will explore an entirely new chapter of the franchise that hasn’t yet been told. Hmmm … intriguing…

Bruno Heller (“The Mentalist”) penned the pilot, which was directed and executive produced by Emmy nominee Danny Cannon. John Stephens will also serve as an exec producer on the series.

Click the images for larger views and sharing options.

“Gotham” is Fox’s third new drama series order for the 2014-15 television season, joining Hart Hanson’s “Backstrom,” starring “The Office’s” Rainn Wilson (picked up straight to series after being developed for CBS last year). Also, a drama centering on ancient Egypt titled “Hieroglyph” was picked up straight to series with a 13-episode order. It joins a slate of hourlong shows including “The Following,” “Glee” and “Sleepy Hollow.”

And there are plenty of characters in the DC Universe that might show up. “This is not one of the things where you bought a franchise and none of the characters people know,” Fox Entertainment president Kevin Reilly said at the Television Critics Association’s winter press tour. “We will follow Bruce Wayne right up until the point where he gets interesting.”

Reilly said that “Gotham” will be as much of an origin story for Batman as for Gordon. “It’s Gotham teetering on the edge,” he said. “This is all of the classic Batman characters.”

The superheroes are stacking up on the small screen. The CW is developing a “Flash” spinoff from “Arrow,” and it’s very likely that ABC will renew “Marvel’s Agents of SHIELD” (check out Connie Wang’s great recaps).

Also, Netflix is teaming with Marvel to develop four series and a mini featuring some of its most beloved characters. DC Comics has several other properties in development at various broadcast and cable networks, as well.

Check out the teaser trailer for “Gotham.” I’m pretty excited about this series.