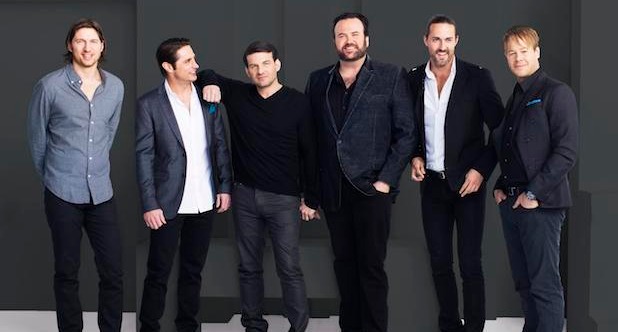 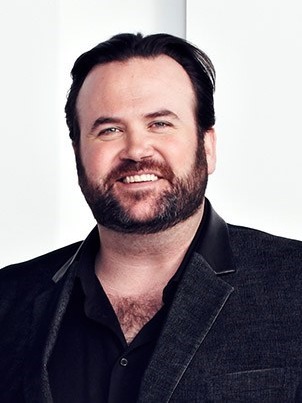 When you’re wealthy and enjoy the luxuries of life, such as champagne, caviar and a private key into the ritziest clubs and restaurants, you’ll probably hear the words “you lucky bastard” more than a few times in your life.

Esquire Network introduces viewers to six men – entrepreneurs and wealthy heirs – who have certainly heard that phrase quite often in their lives. In the ten-part original series, appropriately named “Lucky Bastards,” these well-to-do friends hang out together and take advantage of every opportunity New York City has to offer.

The True Entertainment producers behind this reality show are also behind Bravo’s “Real Housewives of Atlanta” and its spinoffs “I Dream of NeNe,” “Don’t Be Tardy” and “The Kandi Factory,” among many other shows.

I chatted with cast member Rocco Cafferelli, the son of a women’s fashion tycoon.

How many times have you heard “you lucky bastard” in your life?

“Quite often, and more so in the UK, but it’s a term of endearment, not of envy. They are saying ‘well done.’ But I think there’s been times in my life where the grass is always greener somewhere else and we all have a cross to bear.”

Underneath your name it says “denim heir/professional slacker.” Then there’s this conversation with your dad about how you’ve done nothing but live off of his money. How do you feel having that out in public like that?

This isn’t a documentary, it’s a TV show. People should enjoy watching. The situations are real. Slacking? I don’t think that’s what it is. I take it with a grain of salt. I always attempted my own businesses – some succeed and some fail.

What did your family think of you becoming part of “Lucky Bastards”?

I’ve always had a good relationship with them, so when Esquire Network came calling, they were all for it. There’s nothing negative; it’s showing my great side. I make others laugh, but I do take things seriously.

How do you feel that this will make you more recognizable?

I haven’t really thought about it. You prepare for things, but eventually you just have to have a go out of it. Hopefully when you watched the show, you enjoyed it and you’ll tell me it made your day or made you laugh. I just like to show people places in New York that some New Yorkers might not have even known about. I want it to open your eyes to new experiences.

We lose our friends as we get older, so on “Lucky Bastards,” you see a true group of friends who have each other’s backs and are serious. We celebrate our successes. It’s not about the many times you fail. It’s about trying 100 time, failing 99 and then picking yourself up for that next time.

But you do talk about women and sex a lot on the show.

Women are beautiful human beings and far superior of the species and should be celebrated daily. It’s much more healthy and incredible talking about beauty and women than talking about things that are negative, boring and sad.

You have a great life, but do you ever look at any one of these guys and think that you wish you could have ‘their’ life?

I think we run our own race. I’m happy for their success. It’s incredible what Craig — Craig’s a financially successful cosmetics executive — has done trying different things. One thing hit and the next thing and the next and he hasn’t lost sight of where he came from. He even built a school in Guatemala. I am taking a risk right now with starting a new women’s line, but I hope they are happy for my successes too.

“Lucky Bastards,” which airs on Wednesdays at 10/9c, is the 14th original series from Esquire Network since it replaced Style Network five months ago with its male-centric programming.