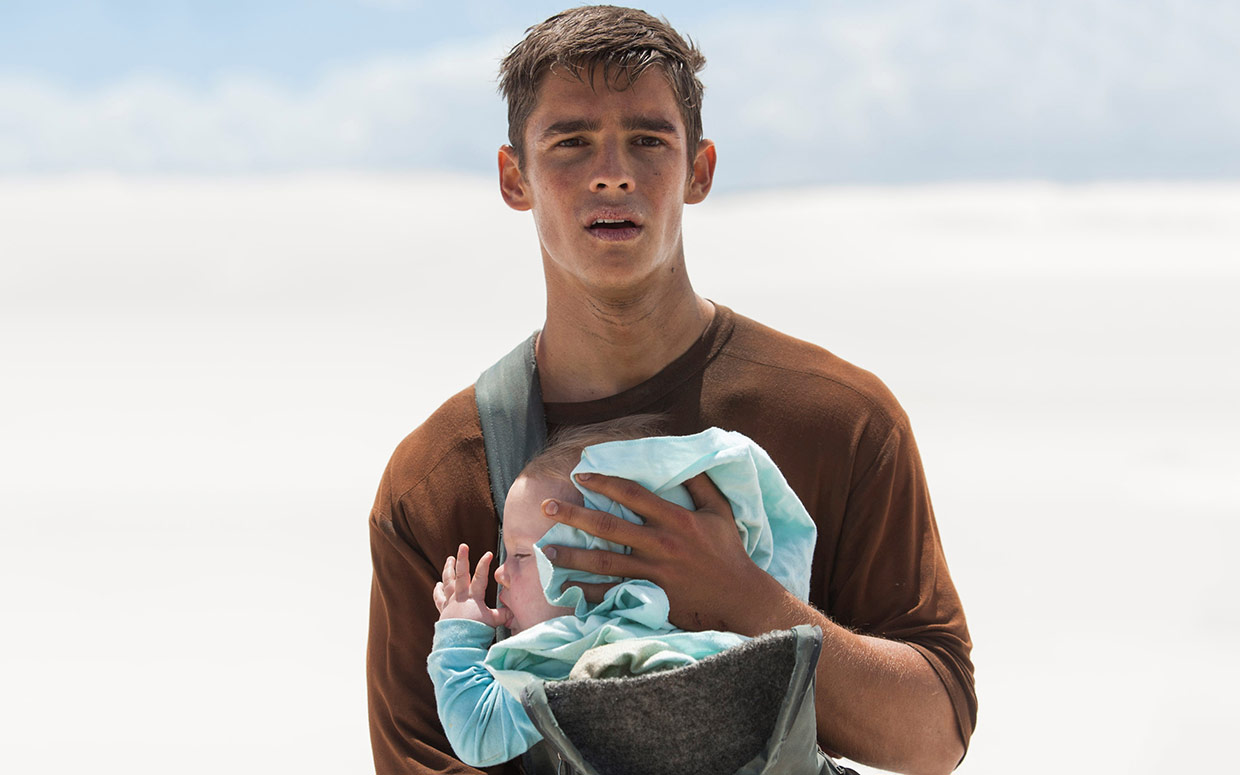 “The Giver” arrives in theaters August 15, 2014. Directed by Phillip Noyce, the film is based on a book by Lois Lowry and takes place in a seemingly perfect community, without war, pain, suffering, differences or choice.

But something is not quite right about this place, and a boy named Jonas is chosen by the government to learn from an elderly man known as “The Giver” about the true pain and pleasure of the “real” world.

The movie, which has been in the works for 19 years, features a star-studded cast, including Brenton Thwaites as Jonas, Alexander Skarsgård as Jonas’ father, Meryl Streep as Chief Elder, Katie Holmes as Jonas’ mother, Taylor Swift as Rosemary, Jeff Bridges as The Giver, Cameron Monaghan as Asher, Odeya Rush as Fiona, Emma Tremblay as Lily, Katharina Damm as Nurturer, and Irina Miccoli as Fiona’s Mother.

I caught up with Lois Lowry, who chatted about the books she loved as a child, as well as the business of writing for children, her favorite literary character and more.

What did you read as a child?

I was a child in the 1940’s, so there was not such a great wealth of children’s literature then. However, my mother was a teacher and a reader, and she directed me to things she had read as a child. One that sticks in my memory is “The Secret Garden,” published in 1912. In addition, there was at that time, all these silly series’ books, like “The Bobbsey Twins,” racist and sexist. I mean, every flaw that you can think of … we didn’t know that then. But I ate those up, along with “Nancy Drew.”

Early on, when I was around 10 or 11, I drifted into some adult literature, which, had it been published now, would have been published as young adult. I’m thinking, in particular, of “A Tree Grows in Brooklyn,” which was published as an adult novel, but it was about a child. So I was indiscriminate as a reader. I also loved the “Mary Poppins” books, which were new when I was a child.

How did you get into writing? Did you always know this would be your path?

I knew I wanted to be a writer very early on, but I got sidetracked, as one does. I majored in writing in college, but dropped out to get married, had children, and then went back to college in my 30’s. Then I began writing as a journalist for adults. So it took me quite a while to get to writing for kids, which seems to be the thing that I’m so well-suited for, that’s so satisfying for me. I had to come to it gradually. 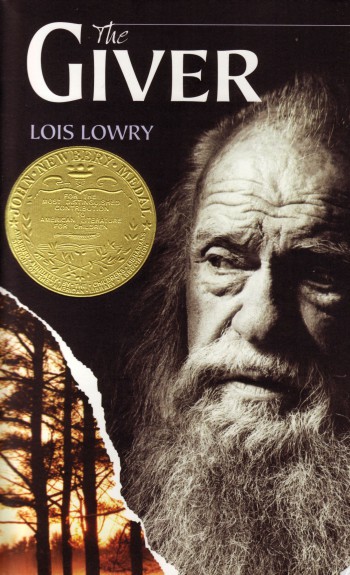 Was there some epiphany where you suddenly knew one day that this is what you were meant to do?

I had published a short story that was in a magazine for adults, but it was through the perceptions of a child. A children’s book editor read it and wrote to me, and asked if I would consider writing a book for a young audience. It coincided with the time that my marriage was ending after 20 years, and I saw that as a way to make a living. I had to make a living for the first time in my life. I was 40 years old.

How do children respond to your books? How does it differ from writing for adults?

Because of the response of the audience, writing for kids has a particular satisfaction all its own that you don’t get writing for adults. It’s an audience that is still profoundly affected by what they read, and who might change as a result of what they read. That has become very important to me.

In the early days, it was always letters from kids. Now it’s through my web site. Kids can email me, so I get scores of emails every day. I still value the letters, but I think the emails provide this immediacy and passion of response. The ones that most affect me have come from teachers who describe teaching in very low socioeconomic areas.

I remember one who said she taught in a rural area of South Carolina, with a very poor population. They had an unexpected snowstorm at a time when she was reading “The Giver” to an eighth grade class. She was home because schools were closed, and she got a phone call from the most troubled, disruptive boy in her class – picture a poor, angry boy — and he called her at home and asked her to read the next chapter over the phone because he couldn’t stand another day without it. It’s so touching what it says about the power that a book can have on a child who doesn’t have much in his life.

Another time, I got a note from a teacher in south Florida who’d been reading my book, “Number the Stars,” to a group of special ed kids, in a very poor area. She said one boy asked if he could take the book home. He said, “My mom can’t read too good, but I can read this one with her and help her.” That sends shivers up my spine, and shows that maybe in some little way, some kid’s life has changed by a book and by a teacher.

Do you think about the lessons of the book at the beginning, or do they present themselves as you’re writing?

I don’t try consciously to put a message in a book, because I think if you do that, it becomes didactic, and kids don’t like that. However, if a kid relates to a character and moves into the consciousness of that character — which is what happens when fiction works — and then that character makes choices throughout the journey of the book, the kid goes along with that and subconsciously thinks about what choices he or she would make.

Out of all of that experience, I think a message emerges or something affects that reader in a way that’s important. But it’s not something I try to superimpose. In the books I write, the main character always makes choices out of a basic integrity. So if a reader goes along with that character, the reader will feel affected by the integrity.

Your first book was published in 1977. What do you feel has changed in the children’s book industry since you began writing?

A change I’ve seen in recent years — which I’m troubled by, even though I understand the need of publishers to respond to stockholders and make a lot of money — is the trend of celebrity publishing and publishers putting their efforts and money into the marketing of not-very-good books. They know they’ll be read because somebody famous has allegedly written them. And that’s too bad because it comes at the expense of new writers who are gifted and whose work is not tended as diligently as it might have been before this celebrity trend.

Also, there are a lot of books with messages and not much depth, because that’s what a certain group of readership or parents want for their children. So I think that dilutes the power of real literature when there’s so much of that out there.

What do you think is missing from children’s literature today?

What’s happened is that the attention span of children is shorter. I sat down at age 9 or 10 with “The Secret Garden” – and that’s a long book, and it’s slow and leisurely – and kids won’t do that anymore. Kids want something that’s all wrapped up neatly by page 92, because they just don’t’ want to sit still that long. I wallowed in books, and I think that’s less true now.

Do kids still go to the library? If not, where do they find books?

School librarians are my great heroes. They’re so knowledgeable and so devoted. And children’s librarians at public libraries are just wonderfully educated and woefully underpaid, but wonderfully dedicated to children. The small-town library is one of the great resources of the country.

Do you have a favorite literary character?

The character named Jody Baxter in “The Yearling,” which my mother read to me when I was eight or nine. The copy of our book had illustrations by N.C. Wyeth, paintings of that place and those people. The little boy, Jody, looked like me. He was blond and blue-eyed, and he was surrounded by everything I wish I could have been surrounded by. He lived in a Florida swamp, and I lived in a little college town in Pennsylvania, but I so became him as my mother read that book to me.

Not long ago, I re-read that book to see if it held up, which it does. I also noticed at the end of the book, the boy Jody has grown and he’s been through all these tumultuous things in his life, and the last paragraph of the book, he wakes up in the night because he hears a voice calling him. But there’s nobody there. And he realized it was the voice of his own child self calling to him. I so related to that, because it’s the voice I hear every day when I’m working. My own child self, listening to those stories and affecting the stories.

What do you read in your spare time now?

I like to read about women in middle age or older, because I like to put myself in their place, follow what they’re doing and the decisions they’re making. So I read a lot of women authors. I like Margaret Atwood, Sue Miller, and Alice Hoffman. I’m a great admirer of Shirley Hazzard’s work. Most of my favorite authors are women.

Check out a few movie stills from “The Giver.”