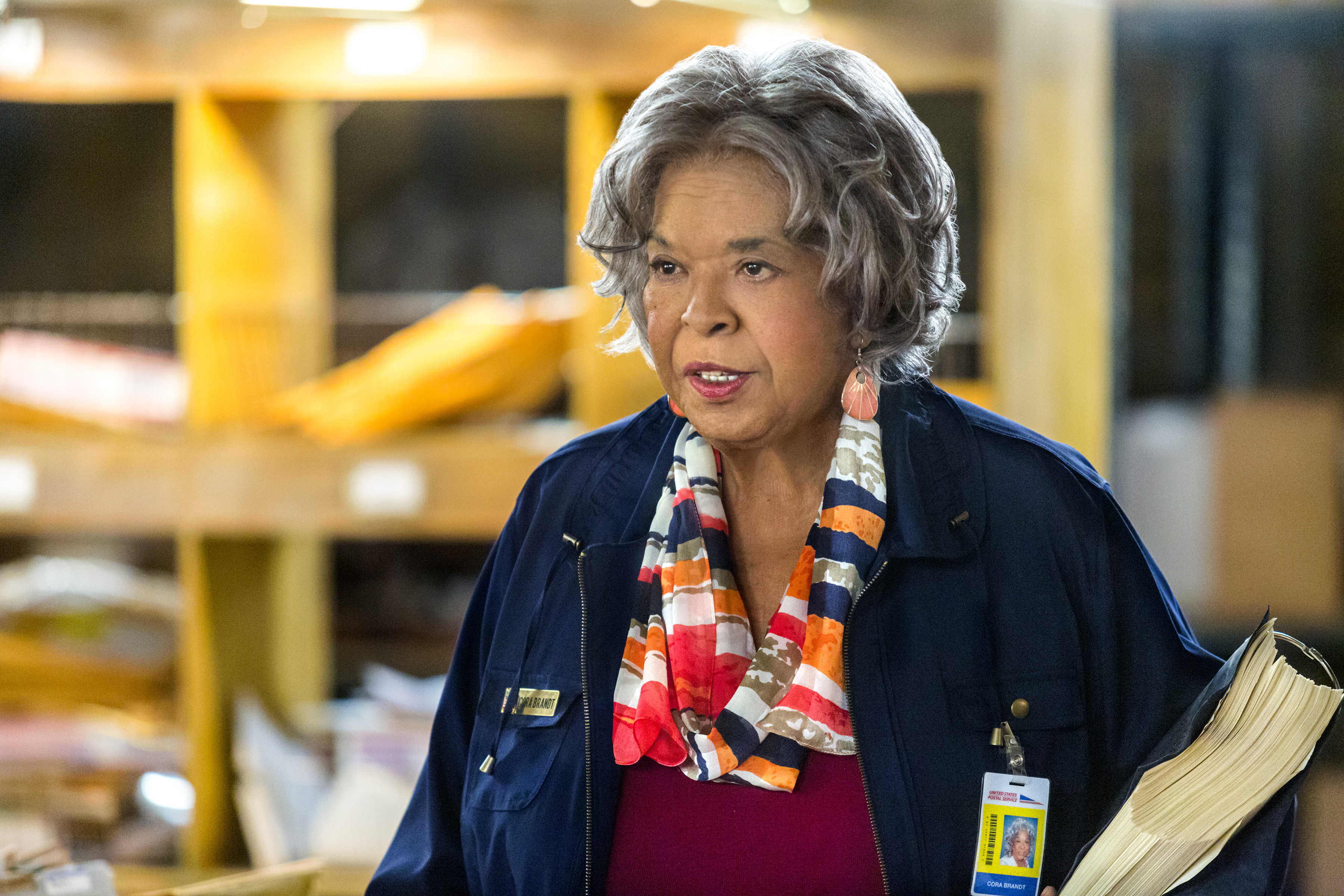 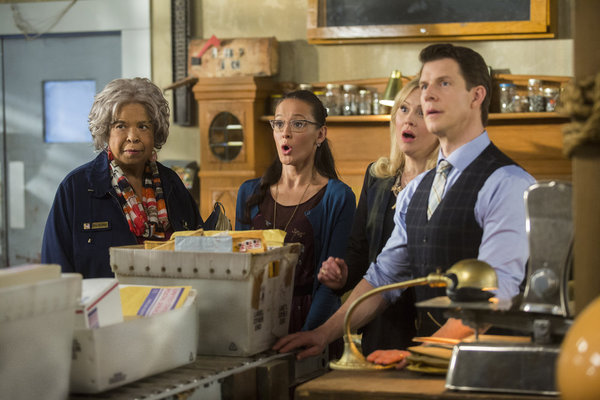 I recently had the opportunity to talk to Della Reese, who is guest starring as visiting supervisor Cora Brandt, on “Signed, Sealed, Delivered” (Sundays, 8/7c, Hallmark Channel).

From singing in her family’s bathroom to singing backup for Mahalia Jackson at the tender age of 13, Reese, who has a storied history as a jazz and gospel singer, is probably best known to television audiences as Tess from “Touched by an Angel.”

Hi Della, how are you?

I’m marvelous and so are you!

In what way does the gospel influence your work?

Everything. My mother was a personal friend of God’s. I lived on her faith. I was trained on her faith. For example, I was born in 1931, in the middle of a Depression. Two years later I had rheumatic fever and they told my mother I was going to die and then all the other things that happened in childhood – I was not a well child. My mother just stood on her faith and trusted in God and kept saying, “My baby’s going to live.” I’m now 82, so what she was doing must have been right.

You were just a child when you began to sing backup for Mahalia Jackson – what was that experience like?

Before that – I told you about my mother – before that, I could hear my mother in my ear saying, “Don’t you want to go outside and play some, baby?” [Be]cause I found out I could sing – I didn’t have any lessons or anything. Just one time I opened my mouth and I could sing and I loved the feeling of it. I wanted to sing boisterous. I didn’t know any lyrics so I kept getting my mother in trouble.

You asked me about Miss Mahalia and I don’t want to go over that – she was very important in my life. She taught me how to communicate with people – to sing so that people would appreciate it and get a feeling from it because I was a lyric soprano at the time, and I found out early that if you hit a high enough note somebody’s going to go, “Oooh!”

Absolutely. Never said a word. Just the feeling she was having from singing what she was singing. She made me understand that my high note was just a high note. What I really needed was to be able to communicate with the people so that they could feel what I was feeling. She kept saying to me, all the time, “You don’t feel it. Nobody’s going to feel it. If it doesn’t come from your heart, it ain’t going to touch nobody’s heart.”

Do you consider your work on television as an extension of your ministry?

No, the work that I do on television is the extension of whoever wrote that, whoever had that feeling. My job is to depict that feeling so that what they wrote and what comes to you has the feeling they desired it to have.

You just joined Twitter (@iamdellareese) – congratulations – how has your experience been so far?

Well, it’s my first. I’m an old-fashioned person. By the time I learn to use the machines, they’d have made a new one. 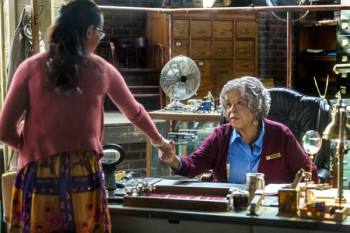 What do you think of television today? There seems to be a lot of violence and adult themes in “prime time TV.” How do you think shows like “Signed, Sealed Delivered” are filling the void left by shows like “Touched by an Angel”?

I think that people choose what they want to see, and “Touched by an Angel” was not violent, not any of that. People still say to me today, that something that they saw helped their families, that helped them, that some of the shows we did were the exact problems they had and their problems were solved and they got another way to look at it from looking at “Touched by an Angel.” I think there will always be a space like that. The young people seem to like a lot of different stuff. When I was young, I liked a lot of different stuff too.

You’ve accomplished so much – successful recording artist, actress, you’re a minister … Anything you still want to do that you haven’t done yet?

No, because everything that I have asked God for that was for my highest good, He made arrangements for me to have it. Sometimes I have to go through stuff to get to my stuff, but I find that’s a learning process – you go through obstacles and when you get to the other side, you’re stronger than you were when you started through the obstacle. I find that to be in my life and so I’m comfortable in living – if that makes sense to you. 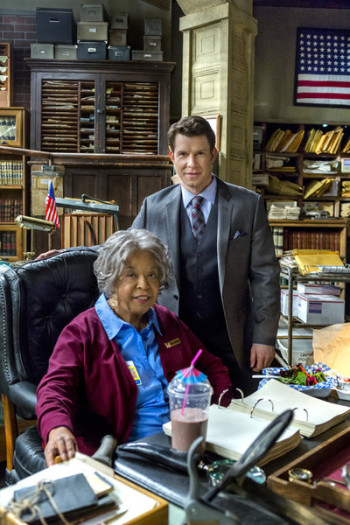 I asked Ms. Reese a few random questions at the end of our interview, and these were her replies.

Your favorite music, artist or song?

Well, I like a piece of this and a piece of that. At this moment right here … Let me kind of explain this to you. I’m a lyricist and the trend of the music nowadays is rhythms and moving sounds. I like to tell a story. There are not many people around now telling stories because they don’t sell records. They have the drums and the 19 people singing … which is wonderful, but I want to hear some more … Duke Ellington. I want to hear more … oneness with orchestra and not just everybody doing what they want to do. I want to hear some cuddly songs, some sentimental songs, some sweet songs, some loving songs.

Book or author you recommend I read?

Well, I’ve written five books and I think they’re doing pretty good. They’re about the UP Church – that’s the name of my church. It’s about having relationships with God – wonderful relationships to wake up in the morning and greet Him like you wake up in the morning and greet your son or your daughter or your husband, of sharing love, of knowing it’s a pleasure, it’s a good thing. It’s not – I was raised that God was going to get you – you know, which I never understood because if God is as powerful as He was, what did he have to worry about getting me? I survived anyway.

Both! I like green tea with honey in it. Every once in awhile I NEED a cup a coffee, you know what I mean? I don’t have to get up every morning and get a cup, but sometimes I just gotta have a cup of coffee.

Well, I don’t know that I have … Oh well, the man that I prayed to God [chuckles to herself] to give me [chuckles again] – and I was serious when I was saying this prayer too – was Nat King Cole. I told God – this is true – that I knew he had a wife and children, [but] that I would work and take care of the wife and children if He would give me Nat King Cole.

Thank you and God bless.

God keep you in joy.