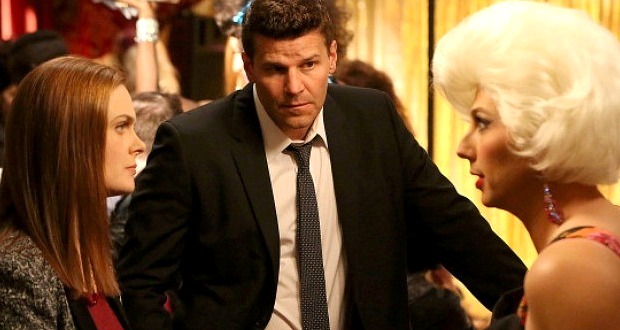 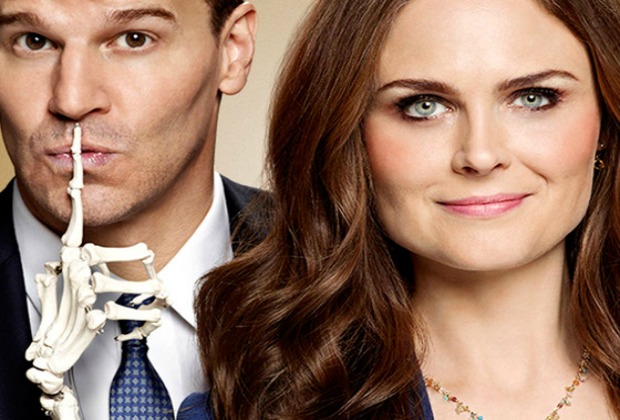 “Bones” is back Monday night, May 12, with an all new episode leading up the the big season finale which airs May 19. It’s going to be big, we’re told. On a recent conference call, Emily Deschanel and David Boreanaz teased about the finale and more.

Here are some highlights from the call, including snippets of info about the finale. As you can tell, there is going to be something very big that’s going to happen – probably leaving us an emotional wreck in the off season wondering what will happen.

You’re directing the finale, David. Can you kind of talk about that and then, Emily, about being directed by David?

DB: “Well, it’s always a challenge to take on something like the season finale. There’s – you know, you get to the end of the season and then everybody’s a little tired and worn out and the the patience is thin…”

ED: “I love bring directed by David, and I’m not just saying that. I say it to everybody who’s not on our set. I think David is just really talented as a director, as well as an actor. He has a whole other career, if he wants it, when this thing’s over. If he wants to do that, he could make a whole career out of it.”

The finale is supposed to be really explosive. Can you talk about how that will affect Bones and Booth’s relationship?

ED: “Yes, there’s a huge thing that happens at the end of this episode that, you know, we’re not going to tell you about right now, but it changes everything. For a while, with not only Booth and Brennan, between them, but also between kind of everything. Booth’s job, possibly Brennan’s job – I mean everything.”

DB: “Yes, I think it puts them in a different place, for sure. I mean, we kind of know that going into a new season and what we’re going to do with these characters, but I think it’s interesting to see the end of the run, especially season nine in this specific finale…”

I know that you guys have been together and acting for obviously such a long time and you’re going on season ten, but how has the chemistry remained intact with you two, because you’re so funny together…

DB: “You’ve seen just the good days. There are bad days. I think what’s unique in this situation, seriously from day one, honestly, blessed to have a costar that can be open and honest and just tell me, like, “You’re bothering me today” or, “I have an issue.” We have complete trust and respect for each other that we can just go aside and say, “You know what? I’m having a bad day…,” and we both support that in each other.”

ED: “I totally agree with everything that David said. We have open communication, which is something we started from the beginning, like he said.”

Where would you like to see them [Booth and Brennan] go in the future?

DB: “You know, I think the future, like I said, is destined only for tomorrow’s work and today’s thoughts, so I can’t say what’s going to happen to them because I don’t look that far down…”

A new squintern catches Sweet’s eye and irritates Brennan a little with the way she works on things (I actually want he and Daisy together – as goofy as she is.)

David and Emily aren’t interested in writing any of the episodes.

David commends Emily for being so good with all of the technical lines.

They enjoyed working with Freddie Prinze, Jr. David said he is a true pro.

David and Emily are great fun to interview and seem like they truly love the show and are great friends. I’m really looking forward to the finale, and to see what the big cliffhanger is going to be. You know it will be good – like they always are.