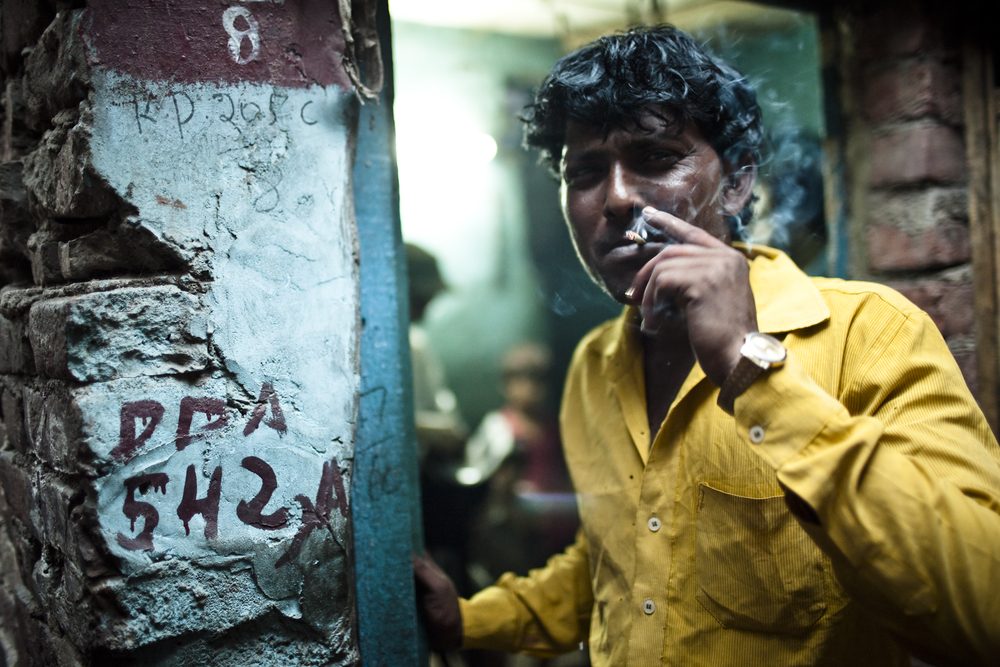 Never was the title of a movie more forlorn and apt than “Tomorrow We Disappear.”

Directed by Jimmy Goldblum and Adam Weber, the film is about the puppeteers, acrobats, sword swallowers and magicians of the Kathputli colony in Delhi. They are slum-dweller-artists who have practiced their art through many generations, but whose cultural and artistic traditions may vanish as a result of forced relocation.

In 2011, the government sold their land to high-rise developers who plan to build the tallest building in India on their razed property, along with a luxury shopping center containing goods these people could never afford.

In exchange, the government proposes to build apartments for the colony artists. But in the meantime, plans are to relocate them to temporary transit camps where they will live in shed-like structures. They could live there for two years or five. They have no idea for how long.

The proposed flats do not take into account their lifestyle or art, according to the colony people quoted in the film. The ceilings are too low to house their puppets, some of which are 10 feet tall. “These flats don’t make sense for our lives,” says Puran, a puppeteer who is the focus of this film. “They are like cages you put your chickens in.”

After a screening of the film, which made its world premiere at the Tribeca Film Festival Saturday, the directors and Puran – who came from Delhi for the screening – discussed the genesis of the film and their hopes for the future of the people of Kathputli, dedicated and gentle artists who want to preserve their artistic heritage for future generations.

“We’re artists. We’re poor people, but when people come see us perform, they see the magic and all the beauty and the art we bring” to the performance, Puran said through a translator. “We are the traditional artists that have kept these things, these little, little things alive, through our power.”

So how did the two New York directors find out about this obscure artist colony in Northern India?

“We actually found out about the colony by reading a book of Salman Rushdie, “Midnight’s Children,” Goldblum said. “He’d written about it, I guess, as it existed in the 70’s, and when we saw his description about the magicians in India and the way he described them, they were so incredible and so unique and I wondered how the hell did he come up with this?”

He Googled India plus magicians ghetto, and the Kathputli colony in India came up. This was in 2011 when the colony’s struggles with the developers began.

“Adam [Weber] and I have known each other for a really long time,” he added. “This was so insane. We had visions of going there and collaborating with the artists and doing something a little bit more magical realism, documenting the life of the artists in the colony. But when we landed there, the story was unfolding right before us.” The movie then took another dimension and also focused on the struggle of the colony artists with the government and the developers.

Goldblum said he also felt an affinity with the Delhi artists. “Obviously, being an artist in New York, we’re very aware of how hard it is sometimes to find a livelihood and to feel like you’re supported by your culture. I think we really connected with that. There’s a lot of kismet there.”

I asked the directors what they hoped to achieve with the film. “Transparency,” Goldblum said. “Part of the film was about how confused everybody is with what’s happening. They still don’t understand what the details of the transit camp are and how long they’re going to be there, so hopefully this movie will just raise awareness that they get a response from the government to the letters that they sent.”