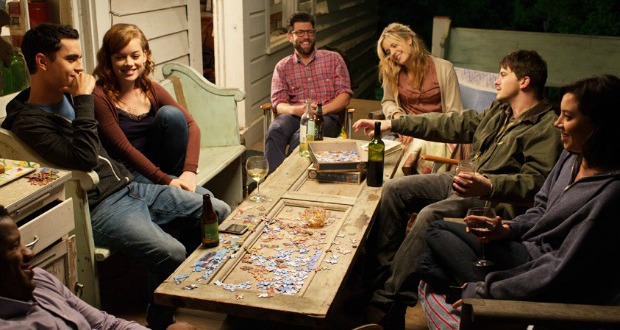 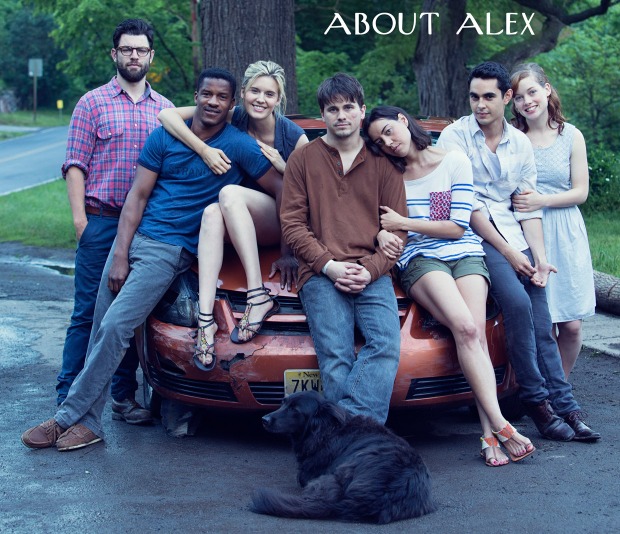 The premiere of Jesse Zwick’s “About Alex” last night at the Tribeca Film Festival makes a case that directing is in the genes. His father is famed Oscar-nominated director-producer Edward Zwick, known for “Glory,” “Defiance,” “The Last Samurai,” “Love & Drugs” and “Blood Diamond,” to mention a few of his many films.

Jesse, who is making his feature film debut with “About Alex,” which he also wrote, told me on the red carpet that the story, about seven college friends who were once close but drifted apart, and then come together for a weekend to cheer up a member of the group who tried to commit suicide, was in part inspired by a close group of college friends he himself had.

“It’s not a literal story of anything that happened, but it is a story about a group of friends who’ve tried to stay in touch with one another and the difficulties they encounter and the things they learn about each other that they didn’t know when they’re actually thrown together, finally.” Zwick explained.

The “Big Chill” comparisons have not escaped critics. Jesse also mentioned his fascination with social media and how it interacts in both the social and business side of young people’s lives.

I didn’t see any of the actors on the red carpet, although Jesse and his father did red carpet duty and talked to everyone on the press line on their way into the theater, where all the seats were sold out for the dramedy. In the frigid cold there was a long line of people – all young – that lined around the block patiently waiting to get in.

On the red carpet, I asked the young director, who was once a journalist, how he assembled the right actors with the right chemistry.

“It was a real sort of juggling act to get seven who all felt like they could fit together and all be available at the same moment,” he told me. “Each part is pretty equally sized, so you also needed seven actors who were just passionate about the project and willing to share screen time and be a part of an ensemble. And I just think we found a group of people who were in it for the right reasons; they wanted to just be a part of something that they thought was cool and had good characters, and they wanted to play off each. I think getting one or two actors was the key. That was the hardest part. Once that happened, they were great people so other people wanted to work with them, and then it became a lot easier to fill up the rest of the cast.”

The first actor on board was Max Minghella (“The Talented Mr. Ripley,” “The English Patient,” “Cold Mountain.”). He was the first person I sat down with who basically said, ‘I love the script. I’m in.’ I really appreciated his confidence.”

There was also some partying going on in the small ski town where they shot the film. “It was in the summer in upstate New York where there wasn’t a whole lot to do, so the crew wouldn’t have a lot of money, so we put the crew up in 10 to 12 in a house,” Zwick told me. “They had crew parties all the time. It really had a summer camp vibe, which I think was great because the actors need to convey they were old friends and had a shared intimacy and I think that being out there in the middle of nowhere helped foster that.”

He added, “The crew would stay out late and drink like crews do on movies all the time, especially on location. They seemed really tired all the time, and at first I was worried because I thought it was because I was working them too long. But then when I saw them out at night, I realized it was because of that.” Then the director said he felt less bad for them. As for himself, he barely went out at all. “I was too stressed and busy, but I went out once or twice near the end.

His dad gave him directing tips, which he followed … kind of.

“He gave me a little sheet of ten things to just sort of keep in mind when I was on set, little maxims about filmmaking, working with props, having the actors move faster than you might imagine they should, and having the actors move the camera and things like that … I just tried to keep in mind as best I could, although normally, they would go out the window once I was on the set and there were a million other things to worry about.”