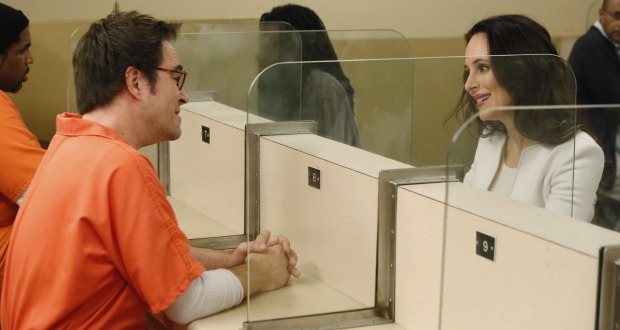 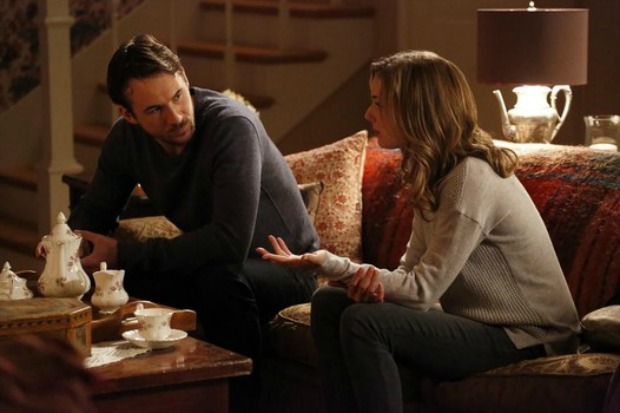 Things are moving right along on “Revenge.” The big finale is growing closer, and I can’t wait to see how this season ends – although I’m sure it will be a long summer with what I’m sure will be a great cliffhanger!

Victoria continued her quest to find out who Emily is and why she’s so obsessed with the Graysons. (Won’t it be fun when she really does find out?!). The big story this week was that Victoria visited Mason Treadwell in prison and wanted info on dear Emily. Mason didn’t waste any time calling Emily to “renegociate” his deal with her. He wanted out of prison and in on the game plan – and she obliged.

I thought it was cleaver how Emily and Nolan broke him out. I thought the lotion really killed him, but no, he woke up in a body bag being driven off the prison grounds – and Nolan was the driver. I should have known, right? Anyway, it will be fun to see what happens with Mason. I can’t believe he will just disappear.

Victoria and Pascal seem to be happy, but I think they are probably using each other. They’re both working to get whatever dirt they can on their enemies (Emily and Conrad). It’s a great match-up, and I’m not sure who will win, but my bet is on Emily.

Jack is having a bit of a hard time with Margaux (it makes me sad). She is getting pretty buddy-buddy with Daniel, and it is bothering him. When Jack confronted her about it, she said she didn’t like jealous men. Okay. They had a kiss on the cheek, which left Jack wondering … I really hope they stay together. I know that the storyline is for Jack and Emily to be together someday, but I want Jack and Margaux to be together. And I would love Emily and Daniel (I know it sounds crazy) to get over everything, get rid of Victoria and Conrad and be happy together in that wonderful mansion. I’m dreaming, right?!

What about Aiden? Well, after he found out that his father had something to do with Pascal, he and Emily decide to visit his mother. (His father had planted the bomb on the flight to save Colleen, but the guilt led him to suicide when Aiden was only 12 – the flashbacks were sad – poor Aiden.)

To make his mother happy, he introduced Emily as his fiancee. I thought they might end up really engaged again, but no. Anyway, he lied to his mom and didn’t tell her Colleen was dead. He didn’t want to upset her, but Aiden, come on, you hadn’t seen her in eight years. I’m glad Emily convinced him to tell her about Colleen’s kidnapping and death, as sad as it was.

Also interesting that he found the piece of wood with “Oscar Chapman” engraved on it. Hum. Did you like the scene with his mom? It was sweet that he told her Emily was the only one he could trust – oh yeah, and that they weren’t really engaged. Oops. He just wanted his mom to be happy. Okay, I like Aiden again. 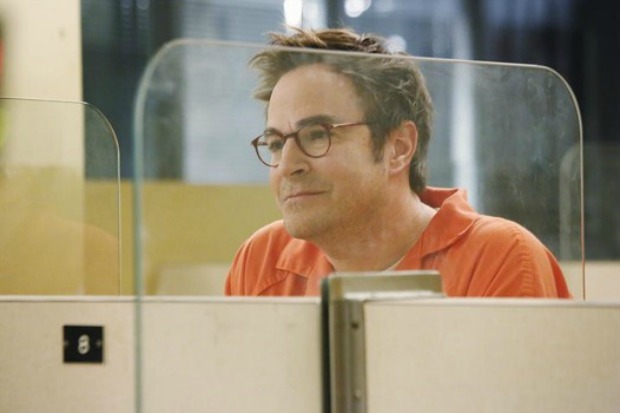 I was really mad when Victoria went to visit Stevie and question why she had visited Mason in prison. Didn’t you just want to scream when Victoria brought a bottle of wine for Stevie, daring/tempting her to drink it? She is so wicked, and Madeleine Stowe is so great in the role.

Well, Jack caught her drinking and wanted her to come stay with him. She didn’t want to ruin his new beginnings, so she told Jack to leave with her and bring Emily. That was interesting that she slipped up and told him that Daniel was right, he (Jack) did love Emily. Well, well … he looked surprised at the comment.

That leaves Javier and Charlotte. Javier told her that he wasn’t happy with his contract with Nolan — or all the attention he gives to Emily. He and Charlotte discuss the situation, and she tells him that Daniel can help him. Oh great, now what?

Another ending to keep us wanting more – and we do.

Did you like this episode of “Revenge”? Who do you think Emily is going to end up with in the end? What do you think will happen in the cliffhanger? Leave thoughts below!