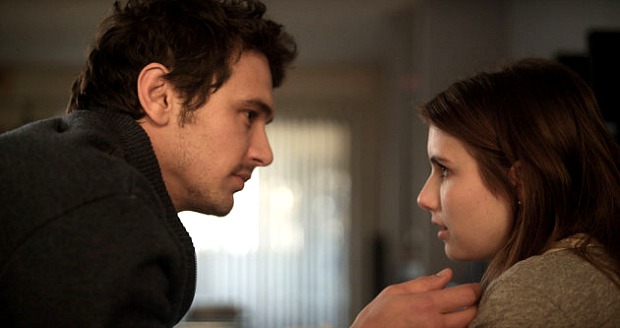 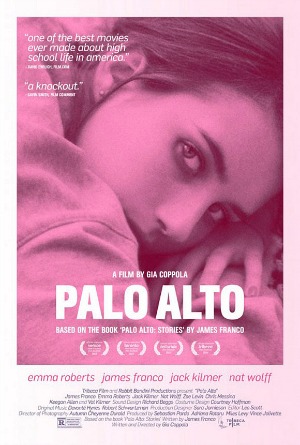 Check out the new trailer below for the coming of age drama “Palo Alto,” written and directed by Gia Coppola. The film stars Emma Roberts – niece of Julia – and multi-hyphenate actor James Franco in a story about teenage angst and self-destruction. Franco not only stars in the film, but it’s based on his book of linked stories of the same title

Roberts plays April, a shy, sensitive teenager who gets involved in a forbidden relationship when she falls for her soccer coach, Mr. B. (Franco), a single father for whom she often babysits.

The 27-year-old director has impressive genes. She is the granddaughter of Francis Ford Coppola. Her father, Gian-Carlo Coppola, a film producer, was tragically killed in a boat crash seven months before she was born.

The ensemble features Jack Kilmer – son of Val Kilmer, who is also in the film – as a troubled teenager with a secret crush on April, who may or may not reciprocate his feelings. Nat Wolff, Chris Messina and Claudia Levy round out the cast.

“Palo Alto” will have its New York premiere at the Tribeca Film Festival Thursday, April 24 at the SVA Theater. It opens in select theaters on May 9. 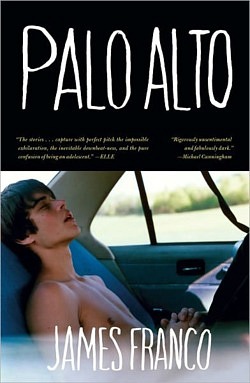 The ubiquitous Franco has an excuse for not attending what will be a glittery premiere; he’s making his Broadway debut in John Steinbeck’s “Of Mice and Men,” co-starring Irish actor Chris O’Dowd.

I attended the play Wednesday night when it received a standing ovation. It’s a terrific production. It’s a tragedy, of course, but O’Dowd (Lennie) and Franco (George), who have real chemistry, portray a complicated co-dependent relationship with humor as well as poignancy. It’s also a sort of bromance, with moments as funny as anything in a Judd Apatow movie.

Later this month, when the Tony nominations are announced, Franco may add another accolade to his already impossibly long list of accomplishments. When does this guy sleep?

Editor’s Note: Earlier this week, Franco was accused of hitting on a girl half his age in NYC. In the film, Franco’s character is an older coach seducing a young girl. Performance art to promote the movie? You make the call.

Update, April 4, 2014: Hmmm … the plot thickens. Franco appeared on “Live! With Kelly & Michael” today and said he was embarrassed by the whole debacle. “I used bad judgement, and I learned my lesson,” he said.