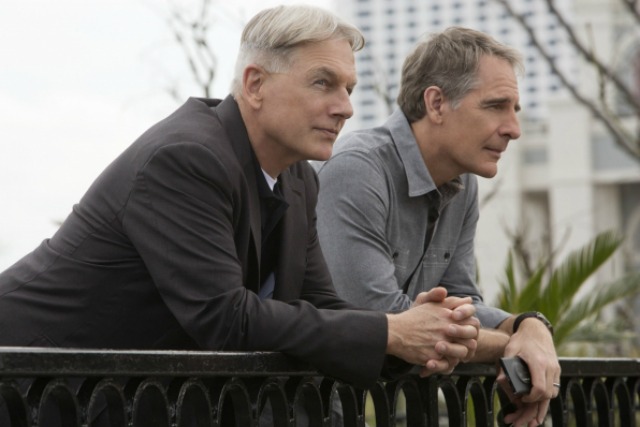 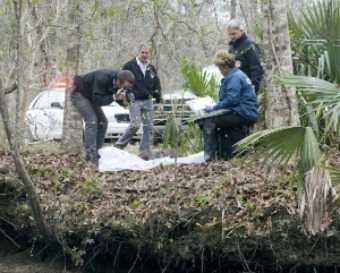 The last episode of the “NCIS” two-parter set in New Orleans aired this week. Overall, I liked it. It was fun to see our team work with another “NCIS” team again. It’s been a few years since that happened.

And I wouldn’t be opposed to a repeat of this collaboration. Would I watch the spin-off? Probably not. Unless I hear it’s really, really good. Then, I might give it a try. But if some of these characters were to return on “NCIS” every now and then, I think I’d enjoy that.

I could totally see Pride and Gibbs as probies, working with Franks, McLane, and Bets. I imagine it was good times for them.

At the start of this episode, another body is found. The victim is killed in the same way as “the priveleged killer’s” victims. The only difference is that this victim doesn’t fit the profile. Gibbs says he was probably killed because he saw something.

As I mentioned last week, I suspected that Victor Lorta, the man they arrested all those years ago, was innocent, and it was really the original killer who was behind the more recent murders. I reckon most viewers guessed that. And we guessed it right. But as it turns out, McLane took a bribe; he knew they put away the wrong man. I didn’t guess that. Did you?

McLane knew who the killer was, framed another man, and was silent for a long time. The theory is that he was going to talk, but the killer’s father, Josef Hanlon, worked closely with McLane. He probably warned his son about this.

What I did find slightly disappointing is that the viewer’s didn’t “meet” the killer, Spencer Hanlon, until well into the second episode. I always prefer when it’s someone who was introduced early on, but you don’t suspect them until the last moment. I’m not saying this is bad writing. This simply has to do with taste.

I wish we’d learned more about Gibbs’s and Brody’s history. Last week, it became clear that they alreay knew each other. I really want to know under which circumstances they met. I mean, they probably just worked on a case together before, but now I want to know all about it!

Some random thoughts and facts:

Overall, I thought these episodes were alright. They were fun to watch but it was nothing spectacular. I always have very high expectations when it’s a two-parter. I think what I missed was tension. The only moment that was a little bit worrisome, was when McGee was alone in that house with Josef Hanlon and realized a tad too late that he was in danger.

As always, I would love to hear what you think about this last “NCIS” episode. Feel free to comment below!