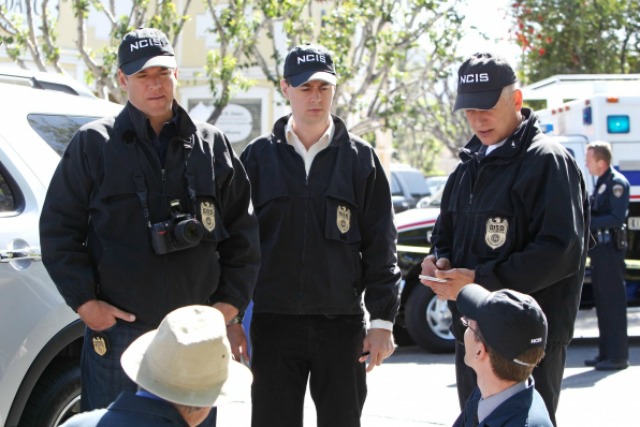 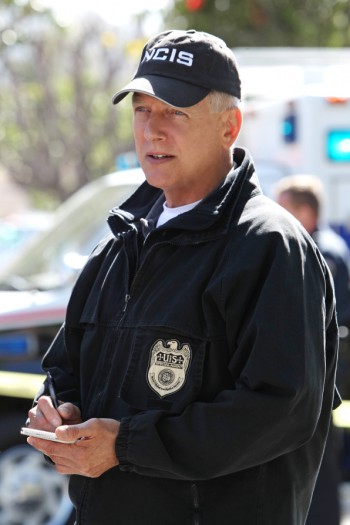 Well, obviously, I thought last week’s episode of “NCIS” was very good. This one did not quite come close; however, it was far from being bad either. Still one of the better episodes of the season, I would say. Not so much because of the case, but because, like last week, I finally feel like I’m watching “NCIS” again. Except for one very important person missing, of course.

Instead of the usual Petty Officer, “NCIS” dealt with the death and the rape of two Naval Ensigns this week. I had to look up what an Ensign is, exactly.

Ensign Lester Tate was found dead in the street after he had been involved in a bar fight the night before. The bar owner says that he and the other (unknown) man fought over a woman.

When McGee checks Tate’s phone records, he finds out that Tate was in contact with the NCIS F&SV (Family & Sexual Violence) unit just a few days ago. He reported an assault on behalf of a friend, a fellow Junior Officer. This turns out to be Ensign Holly Farrell. However, Farrell suddenly denies anything  happened. Gibbs, and especially Abby, get through to her and she does end up talking and helping the “NCIS” team find out the truth. Obviously, they now question whether Tate was killed by the rapist.

Farrell tells them that they were on leave when she was assaulted. They went to a bar to have a good time. She stayed with Tate and his best friend Ensign Thomas Burke and four other officers. She’d only had two drinks when she started feeling very, very woozy, so she went back to the ship early. That’s basically all she knows. The next day she found herself beaten up and realized she had been raped. She confided only in Tate. While she first claimed to have gotten in the shower right after she got up, she later confesses this was a lie. She went to the NAS clinic in Key West and filed a restricted report. They also ran a rape kit.

Tony and Bishop catch the guy that Tate fought with, but they soon find out he is not the killer, nor the rapist. Tate fought him because he was bothering a woman at the bar.

Meanwhile, Abby gets the preliminary results from the Key West clinic. They did not find any DNA, but Farrell was definitely drugged.

Palmer says they found trace elements of vegetable oil in Tate’s head wound. Not what you would expect but Tony and Bishop think of the greasy dumpster outside of the bar, which their first suspect had run into. They find out that the owner of the bar had pushed both men away, in opposite directions. Tate hit that dumpster with his head, a delicate spot, and suffered an epidural hematoma. Because it would have been a slow bleed, Ducky says he would have been able to walk a while before he succumbed. So it turns out that Ensign Tate’s death was really an accident.

McGee ran a cross check between navy personnel and the drug that was found in Farrell’s blood, and found out about a civilian medical clinic in San Diego that treated a navy officer three years ago. Lt. Monica King came to the clinic with a separated shoulder, but the doctors also found that same drug in her system. King left the Navy two months later. 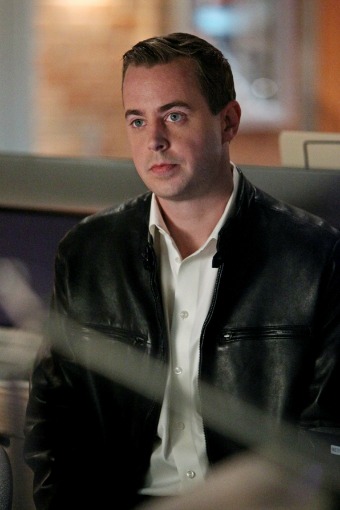 NCIS contacts King to hear her story. They also check all personnel that were on the San Diego ship that are now on Farrell’s ship. They come up with X.O. Wexler. He was on both ships. They also find out about several other assaults where Wexler was present at the location.

Honestly, I thought from the beginning that Wexler was involved. Like I said, I didn’t think the case was especially good. But sometimes, that’s okay, if other things make up for it. And for me, that was the case. Abby played a little bit of a bigger role in this episode. I was glad about that because we haven’t really seen that much of her this season.
Tony’s and McGee’s “cleanse” was funny. I always enjoy when they pay some attention to their friendship. And especially these kinds of things are enjoyable because it’s so not like Tony to abstain from eating for a week. Only one salad a day … I get hungry just thinking about it! And McGee’s face when he was caught cheating – brilliant. Sean Murray always manages to do these facial expressions perfectly. I also thought Liz Holtan’s performance as Ensign Holly Farrell was very, very good.
Now, one last thing. I’m sure at least some of you wondered when I was going to mention this. That big, huge, painful reference to Ziva. Bishop was looking up numbers on sexual assaults, and it’s mentioned that these numbers are shockingly high and never seem to go down. (Before I forget, props to “NCIS” for recognizing this problem and devoting an episode to it.) McGee says that “everybody knows somebody with a story to tell,” while looking meaningfully at Tony, to which Tony responds with  a soft “Or not tell…”

No matter how horrible it is, I’m so happy with this reference. No, they did not actually mention her name, but everybody who’s watched “NCIS” since before season 7 knew what this was about, no question. Basically all of season 7 flashed by after this scene. “Truth or Consequences,” “Reunion,” “Masquerade” … I think I even said “ouch” out loud.

Again, I’m really happy with this reference. After so little acknowledgement of her existence throughout the season, this was worth a lot. It reminded me of the fact that after those first two episodes of season 7, they never really had Ziva properly deal with what happened to her. Yes, she is a tough cookie and it wouldn’t have been like her to completely open up and talk about it, but she was ‘okay’ incredibly fast. Opportunities were passed by, in my opinion. Anyway, there’s nothing that can be done about this now.