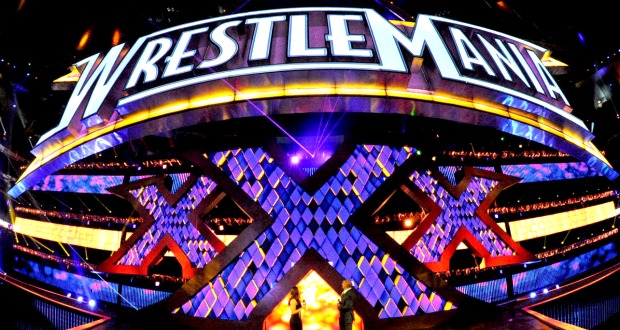 Editor’s Note: This post is co-authored by EJ Garr.

Although some storylines will continue when the pay-per-view event is over, many come to a head. We’ll find out if Daniel Bryan will finally get his chance to fight for, win and hopefully keep the WWE championship for more than a day, or if Triple H and his other authority hounds will suppress him once again.

We’ll find out if the ever-creepy villain Bray Wyatt has gotten into the head of John Cena. We’ll find out if Corporate Kane (come on now, really???? the intimidation factor is completely gone) and the ‘Old Age’ Outlaws will destroy The Shield once and for all. We’ll find out if The Undertaker’s streak of 21 Wrestlemania victories in a row will continue.

And finally, we’ll find out if we have a new champion as 14 divas compete in a one-fall match. It’s a year’s worth of storylines that culminate in this over-the-top spectacle of an event that takes place this Sunday, April 6, in New Orleans. 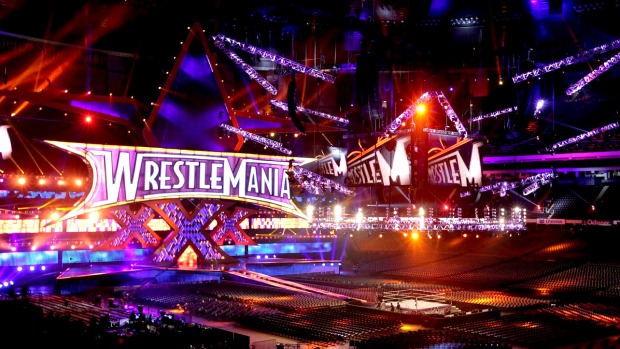 In that pile of divas competing for the belt is Natalya Neidhart, known to her fans as Nattie. She’s the daughter of WWE legend Jim “The Anvil” Neidhart and is already a former WWE champion.

“If you can survive the divas locker room, you can survive anything,” says Natalya, who is also part of “Total Divas” on E! Network. She says that competing is like being in a shark tank and you’re navigating the waters.

“Sometimes it’s more mental than physical,” she says. “Like a game of chess, you don’t know exactly what the right move is. My closest competition is the Bella twins because in the last six months or so they’ve dramatically improved in the ring. They aren’t old dogs that won’t learn new tricks. They are veteran divas, but they are working to improve all the time. They are constantly upping their game and are getting as aggressive as I am.

Another tough competitor for Natalya is Tamina Snuka, the daughter of the WWE legend Superfly Jimmy Snuka. “Tamina is a force to be reckoned with. Every time I’ve come close to having AJ tap out, she’s gotten involved,” says Natalya.