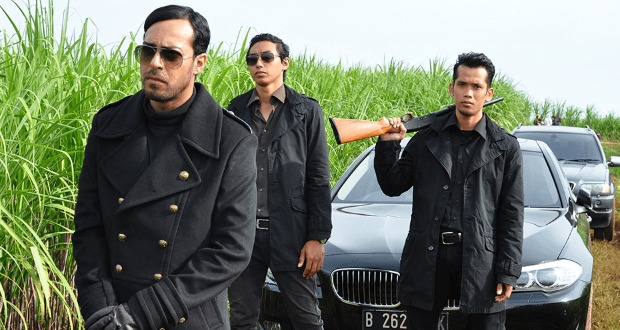 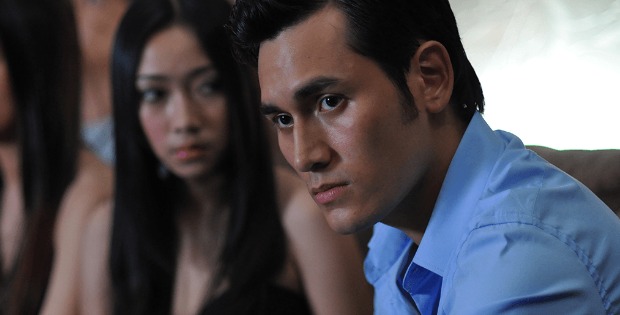 SYNOPSIS: Only a short time after the first raid, Rama goes undercover with the thugs of Jakarta and plans to bring down the syndicate and uncover the corruption within his police force.

REVIEW: Just when I thought I was out … they pull me back in. In “The Raid 2,” Rama is once again thrust into the thick of it. I thought “District B13” was the pinnacle of an action movie, but “The Raid 2” surpasses it times ten.

The put upon Rama is asked by his superior to go undercover in an Indonesian prison, to expose corruption that turns out to be running rampant between the Jakarta PD and organized crime — which doesn’t stay organized once younger loose cannons try to take over different factions of the syndicate.

I had no idea what I was in for and quickly found out. Once our protagonist, Rama (played by the ridiculously agile Iko Uwais), lands in prison, the sh*t hits the fan.

Side Note: Don’t ever do anything that gets you thrown in prison while vacationing in Indonesia. It’s everything your nightmares are made of — and more.

While the inmates are hanging in the yard, the mandatory shiv appears. Before you know it, approximately 200 prisoners are rolling around in the mud in one of the most intricately choreographed fight scenes ever filmed.

The fun doesn’t end there. At 148 minutes of amazing fight sequences, we’re talking martial arts gold here. An hour into the movie, I began to wonder if everyone in Indonesia knows martial arts, because the body count is continuing to stack up.

There are also a few key players that have their preferred method of execution, like Hammer Girl. I’ll leave that one to your imagination. In case my mind needs a little jogging, Sony Classic Pictures graciously gave each reviewer our own set of trading cards!

By the end, I was exhausted, but learned more than a few ways to do in my enemies. I couldn’t wait to get home and research who the twisted mastermind is behind this franchise. I was completely surprised to find out it’s a white guy — Gareth Evans — from Wales. Huh? Not exactly the birthplace of the martial arts world.

For all martial arts fans, you’ll be happy to find out that plans for “The Raid 3” has already been announced, but are there any martial arts experts left in Jakarta who haven’t been killed off in the first two ‘Raid’ films? To be continued…

“The Raid 2” premiered at the Sundance Film Festival in January. Check out the official site to see if it’s playing at a theater near you.