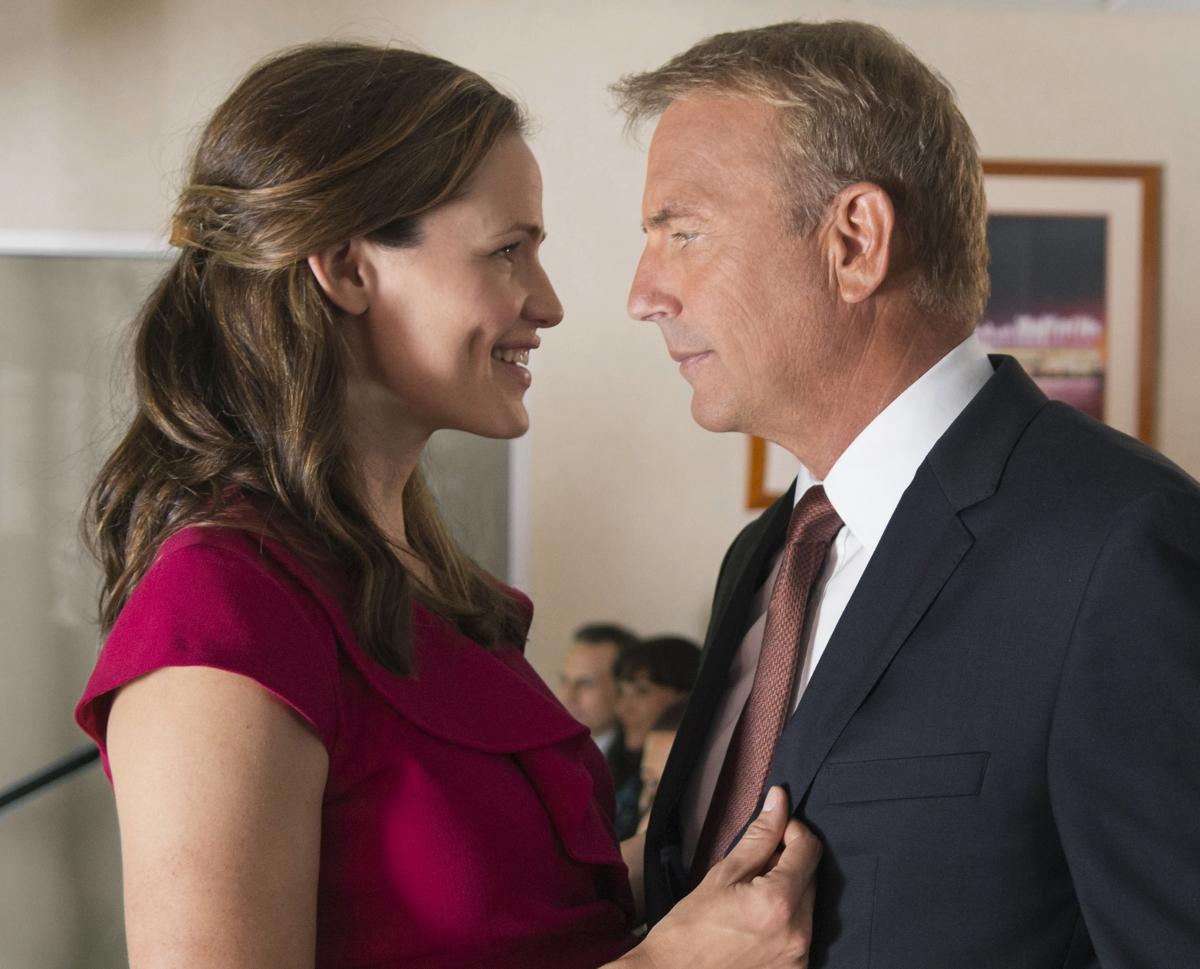 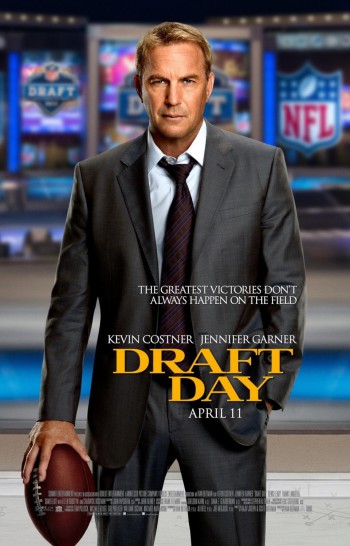 Editors and Publishers: Buy this review and photo gallery in our Shop.

SYNOPSIS: It’s the annual NFL Draft day, and Cleveland Browns general manager Sonny Weaver (Kevin Costner) has the opportunity to rebuild his team when he trades for the number one pick. He must decide whether to go with his gut or choose a player based on what everyone else is telling him.

REVIEW: I’ve never been one of those people who’s into sports. There was a time back in the 1980s when we were geeky over the Detroit Tigers, on a rare winning streak at the time. I’ve also been known to follow the Detroit Pistons, especially since former Piston Vinnie Johnson just bought some property our family had for sale.

Other than that? I wouldn’t know an NFL Draft Day from a Final Four tournament. And I watch the Super Bowl for the commercials.

That being said, you don’t have to know anything about the NFL’s Draft Day — the annual event that began in 1936 as a way to disperse college players to NFL teams equitably (I learned that over on BleacherReport.com) — to enjoy this movie. They explain the concept very well, enough so that even an orchestra nerd like me can understand it.

The movie is told from the perspective of Sonny Weaver Jr. (Kevin Costner), the general manager of the Cleveland Browns — the team with the No. 7 draft pick that needs a great player to turn things around. There’s also a sub-plot about the fact that Sonny is trying to measure up to his recently deceased dad, who helmed the team before him.

Sonny is eyeing talented defensive player Vontae Mack (Chadwick Boseman, who was so great as Jackie Robinson in “42”), but the team’s owner (Frank Langella) would prefer that Sonny choose someone with some creds — namely, Heisman Trophy-winning quarterback Bo Callahan (Josh Pence), who is sure to bring in the fans.

So in exchange for three years of future first- and second-round picks, Sonny makes a trade with the Seattle Seahawks’ general manager for their No. 1 pick. It’s a crazy deal, and the Browns’ head coach (Denis Leary) makes it clear that he’s not in favor of it. You get a sense of the push and pull that goes on between team owners, general managers and coaches, not to mention all the stuff that occurs behind the scenes of those sports games we see on TV and in stadiums across the country.

As the big moment approaches — the movie takes place within the time span of one day — Sonny must decide whether to go with his gut instinct or default to what the owner wants, which would ensure his future job security.

I was completely mesmerized watching this movie, and that’s saying something. Whether you’re a football fan or someone like me who knows little about the sport, this is a compelling drama about the many moving parts of a football team.

I admit I love Kevin Costner, especially in movies where he gets a nice romantic interest like Jennifer Garner, who plays Ali, the team’s finance officer who’s also his girlfriend (not to mention, a FEMALE whose life revolves around football – love that).

I heard Costner say on one of the night-time talk shows that “Draft Day” is a good movie to “take your girl to,” and he’s so right. This is a great date movie, and one that both guys and girls will enjoy.

Boseman delivers a stand-out performance as Vontae, the young football player who’s raising his two orphaned nephews. He’s charming and authentic (just as he was in “42”), and reminds Sonny that sometimes you have to swim upstream and do what you feel is right, even as everyone around you is telling you something else.

As for Costner … well, he’s still got the acting chops to shift from a tense phone call in one scene to a sweet talk with his girlfriend in a broom closet to the ultimate nail-biting scene of just who his draft pick will be. I also have to mention Griffin Newman, who plays a very funny young intern named Rick. I’m hoping this movie makes him a big star, because he steals every scene he’s in.

The measure of a good sports movie is whether it appeals to both fans and non-fans. “Draft Day” delivers the goods.

Sex/Nudity: A “morning after” scene shows a woman taking a shower (her back is shown) as her lover gets up to make breakfast. Some kissing and sex talk, including a quarterback who has a website devoted to all “the girls he’s smashed.”

Violence/Gore: An angry football player trashes his general manager’s office. Sonny has a few tense scenes with both the coach and the owner, and at one point, he throws a laptop on the floor, smashing it to bits.

Drugs/Alcohol: Some drinking among adults. References to a football player’s 21st birthday party where everyone got drunk and the cops were called.

Which Kids Will Like It? Kids 13 and older who like sports/football movies, or movies starring Kevin Costner or Jennifer Garner.

Will Parents Like It? “Draft Day” is not only a great sports movie, there’s also a message about how football requires heart, not just talent, and how even the best player on paper can be a letdown in real life.