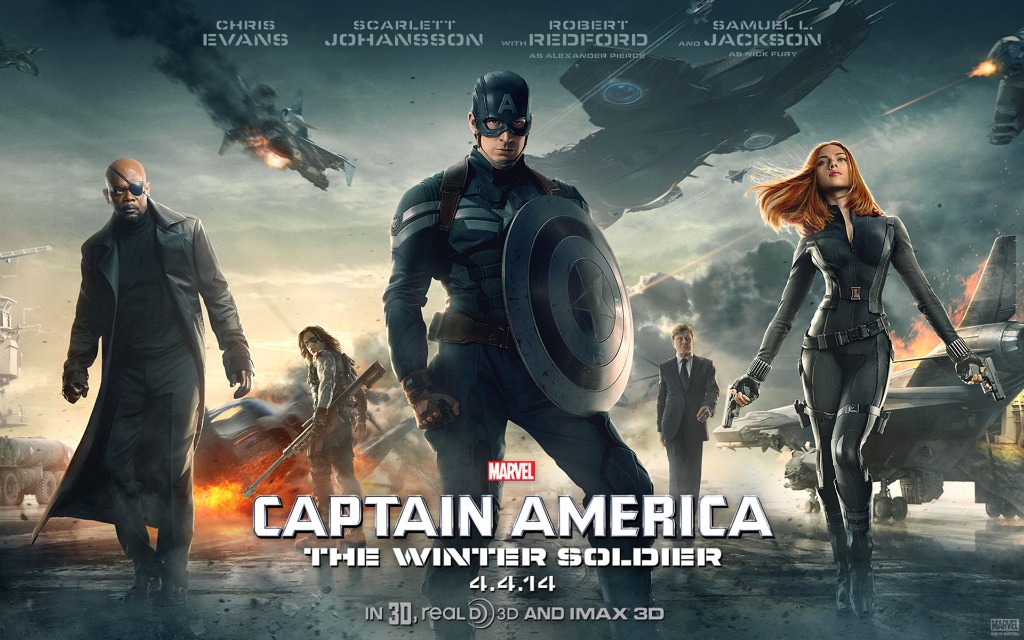 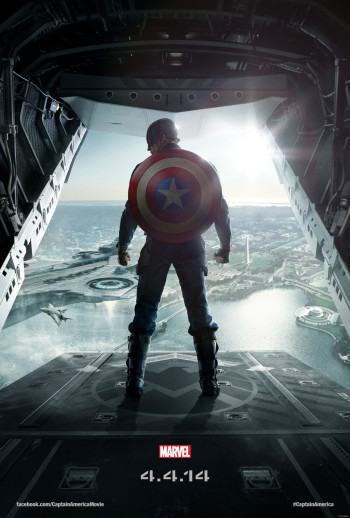 SYNOPSIS: Chris Evans reprises the role of Steve Rogers, who struggles to embrace his role in the modern world as he battles a new threat from the past: the Soviet agent known as The Winter Soldier.

REVIEW: It’s tough to be a superhero. Especially if you suddenly find yourself in a future world full of crazy gadgets and technology. But Steve Rogers, a.k.a. Captain America (Chris Evans, reprising his role from previous “Avengers” movies) tries to make the best of things, even as his boss, Nick Fury (Samuel L. Jackson) keeps sending him on missions without telling him what’s really going on.

Steve’s mistrust deepens when he and Black Widow (Scarlett Johansson) learn that an evil organization known as HYDRA has been planted within S.H.I.E.L.D. itself. There’s also a powerful new take-no-prisoners adversary called “The Winter Soldier,” and the fact that Steve’s now on the most wanted list. Oh, and Widow keeps trying to fix him up with a girl. In short, Steve’s having a very bad day.

The first movie, “Captain America: The First Avenger,” received a lukewarm reception from fans, but this one is better in just about every way. For one thing, it offers more in the way of character development. We learn more about Steve Rogers, who’s charming, straightforward, super loyal, and, of course, handsome as all get out.

And thankfully, Samuel L. Jackson actually gets to, you know, act in this movie. Up to this point, he’s mostly been relegated to the after-credit sequences in previous Marvel movies. The mystery of those scenes created a nice build-up to movies like this where he actually gets some screen time.

“Captain America: The Winter Soldier” likely plays best for viewers familiar with the Marvel universe. I’m not going to pretend to know all the ins and outs of the characters and storyline — my nephew explained some of the finer details to me. If you don’t have an in-the-know nephew or need a refresher course, this movie includes some nice flashbacks to flesh out the story.

I love the addition of Anthony Mackie as Sam Wilson/Falcon. He’s a likeable, good-looking guy who provides a nice buddy sidekick to Captain America. Mackie has several movies coming up, including the role of Jesse Owens in “Jesse and Me,” but I think he needs his own Marvel movie.

Also love Scarlett Johansson as Black Widow. She, in fact, DOES have her own Marvel movie coming up, titled “Black Widow,” and she’s gaining nice steam as an action hero. In the upcoming “Lucy” (in theaters Aug. 8, 2014), she plays a woman who accidentally gets caught in a dark deal and transforms into a merciless warrior evolved beyond human logic. I’m kind of excited about that movie.

The third act of “Captain America: The Winter Soldier” drags a bit, and sometimes I had to close my eyes during the shaky camera work during the action scenes. Those Russo brothers — directors Joe and Anthony — love the shaky camera work. But other than that, I really enjoyed this movie and think it’s a fine installment to the Marvel franchise.

And, of course, stay through the end credits.

Sex/Nudity: Captain America and Black Widow smooch in order to avoid being seen by bad guys; she later teases that it’s probably his first kiss since WWII. She also keeps trying to set him up with women. Captain flirts with one woman, and also visits his former flame, now an old woman in the hospital.

Violence/Gore: Frequent fighting, punching, shooting, falling, crashing and explosions, though not much blood is shown. Some weaponry, although Captain America and Black Widow mostly fight hand-to-hand. Captain injures several bad guys with his shield, and engages in a brutal showdown with the Winter Soldier.

Profanity: A few uses of sh*t, though usually during loud battle scenes.

Which Kids Will Like It? Kids 13 and older who like Marvel characters, comic books or movies with lots of action.

Will Parents Like It? It’s a fun action movie for all ages, and Captain America is a decent role model for kids – loyal, honest, and trustworthy.

Jane Boursaw is the film critic and editor-in-chief of Reel Life With Jane. To publish her reviews, previews and feature stories, visit https://www.reellifewithjane.com/shop.