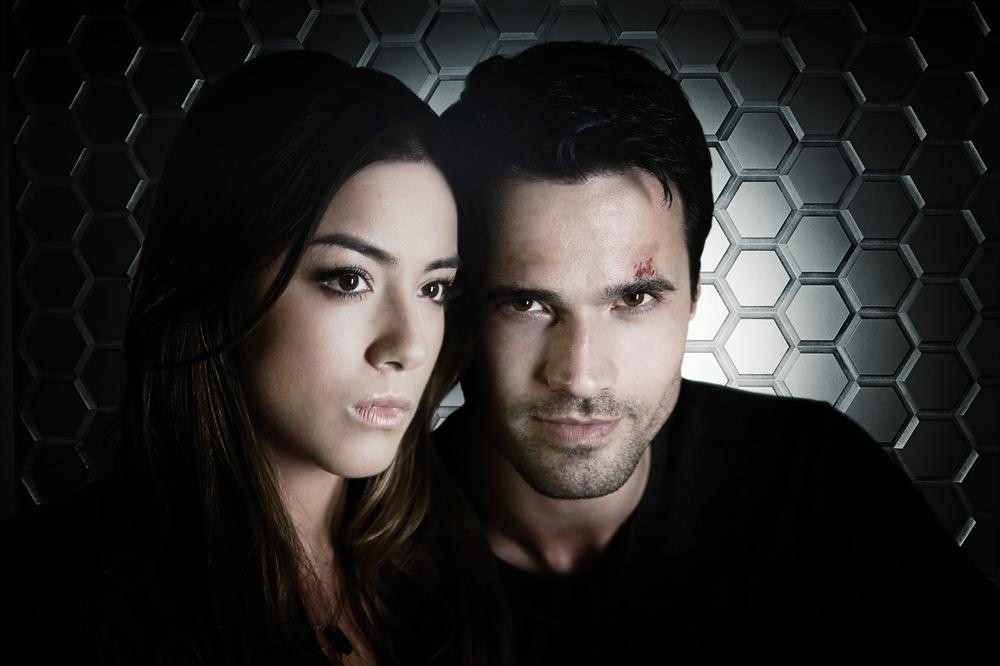 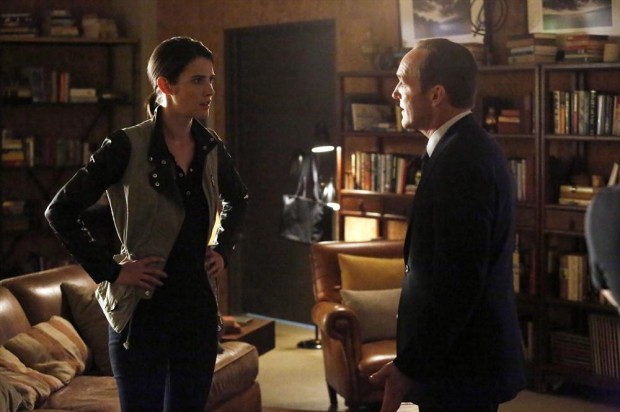 Well, it looks like there’s no coming back from HYDRA for Ward. Or is there? He’s killed scores of people for HYDRA and fooled everyone. But I’m still shipping #SkyeWard.

In this week’s episode of “Marvel’s Agents of SHIELD,” Coulson and his few remaining SHIELD agents return to Providence only to find everyone and The Bus gone. When they ultimately discover Agent Koenig’s body and a very obvious note from Koenig that “Ward is HYDRA,” Coulson pieces together that Ward is in cahoots with Garrett, that he killed Victoria Hand and raided The Fridge. He also deduces that Skye is aware of who Ward really is and is stalling for time until they can get to her.

A very fragile and emotional Fitz goes ballistic when the truth about Ward comes out and he has a meltdown. Only Gemma is able to calm him down and Coulson tells him to channel his anger and frustration into getting their communications back on line so they can find out where Ward and Skye went. 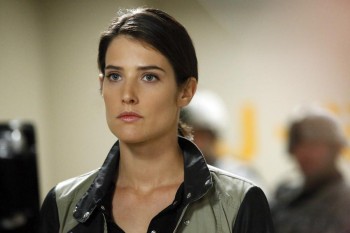 Meanwhile, May has tracked down Maria Hill (Cobie Smulders) to get more intel on TAHITI. The only thing Hill knows is that the last thing Fury told her about TAHITI was that he buried it instead of Phil Coulson. Knowing that Fury likes to talk in riddles, May takes a chance and digs up Coulson’s grave and finds a USB drive in the coffin. She plugs it in and it’s classified info on the TAHITI project.

Hill, now working for Tony Stark, ends up teaming up with Col. Talbot (Adrian Pasdar) to infiltrate the Providence bunker. Coulson is leery of Hill and her connection with the TAHITI project. He gives her the third degree, but not as harsh as he was to May. Instead of defending herself, Hill keeps quiet, but when she learns that Ward is HYDRA (and she vetted him for SHIELD) and Garrett is still alive, she is more than willing to help Coulson out. They take down Talbot’s men and escape Providence.

Ward and Skye are at the same diner where Skye originally met Mike Peterson (Deathlok). She’s there to crack the encryption on the hard drive and stall for time. She’s taunts him before letting him know all the cops starting to swarm the coffee shop are there for him as she just let the cops know they are fugitives. 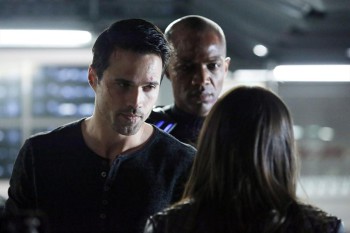 As she tries to escape, begging the cops to arrest her, Ward fights off his captors and shoots the cops beside her. While he has no intention of hurting Skye, Garrett has made sure she won’t get the upper hand as he sends Deathlok as backup.

The three end up back on The Bus where Skye goes off on Ward, furiously smacking him around, throwing in a nice headbutt and even calling him a Nazi. When he confesses again his feelings for her, she questions the validity of the statement. He’s lied to everyone about everything, how can she possibly believe he’s not lying about his feelings for her?

She’s not going to give up the info on the hard drive’s decryption, knowing Deathlok and Ward won’t hurt her. Deathlok agrees and takes alternative measures – he shoots Ward with a device that will kill him if Skye doesn’t give up the intel. Eventually, she does, because she’s not a killer (and maybe she still hopes there’s some good left in Ward because, well, he is hot.)

Before Ward can get The Bus up in the air to finally decrypt the hard drive, Maria Hill and Agent Triplett are in a plane of their own and are standing in his way. Hill and Ward have a few words, but it’s all a ploy to stall for time while Coulson sneaks on the plane. Of course, the retracting landing gear and Coulson’s tie almost made short work of him, but our boy Phil makes it on there successfully.

If I wasn’t a Skyeward shipper, I would think that tete-a-tete between Ward and Hill was sexually charged. #justsaying 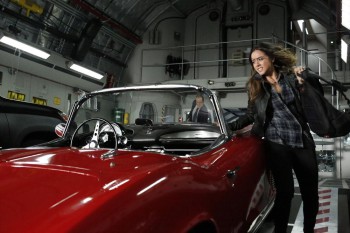 Not knowing Deathlok is on board, Coulson’s intent is to take down Ward, but once he sees Deathlok, he orders Skye to run to the hangar and get in Lola. Ward shoots at the two, putting a couple holes into Lola. I’m sure this pissed Coulson off to no end, but they are able to escape the bus and land in downtown L.A. just in time for a Clippers game.

So now the team is homeless and staying at a seedy motel in sunny Los Angeles while they plan their next move.

May returns, much to Coulson’s delight, but unfortunately she brings some upsetting news. The flash drive she retrieved from Coulson’s grave holds the key to TAHITI Coulson was looking for. As he plays the transmission we find out that Coulson was the one who headed up the TAHITI project for Fury! So technically he should be mad at himself. Everything he discovered while supervising TAHITI was used on him to bring him back from death, even though Coulson opposed the project and resigned because of it.

I have to say, I know Clark Gregg is a great actor just from that one scene, because he spoke a thousand words about what Coulson was going through at that very moment by simply breathing. 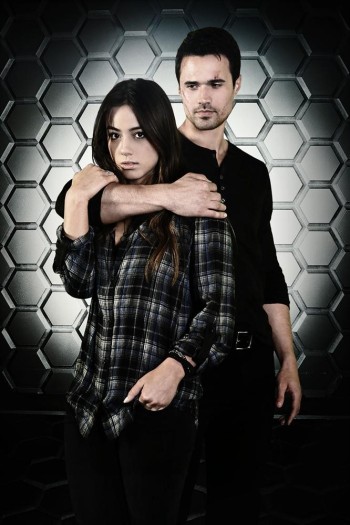 Now the romantic side of me wants to believe Skye’s feminine wiles actually penetrated Ward’s hardened exterior and he really is in love with her and will protect her against all odds, but the fact that he’s killed so many without an inkling of regret or emotion makes me question this.

Is there any way Ward can redeem himself at this point? The only possible way I can see him coming back is for Ward to realize the importance of his relationships with Skye, Coulson and the team. His relationship with them is symbiotic, while his relationship with Garrett is parasitic in nature. Will he come to his senses and figure out Garrett is only using him and has never cared about him? Will he turn on Garrett to save Skye and the other members of SHIELD?

I mean, we like Jaime Lannister from “Game of Thrones” even after all that he’s done. Doesn’t Ward have a chance at redemption also?

We only have two more episodes until the season is over to find out!

What did you think? Tweet us @BeTheBuddha and @ReelLifeJane with your thoughts!