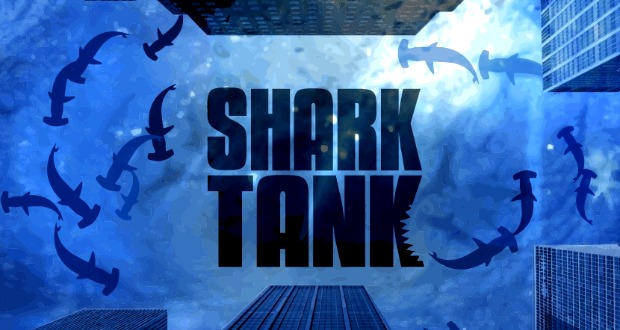 What’s on TV tonight? Sirens, Hell’s Kitchen, Pawn Stars, Two and a Half Men, and Shark Tank. Here’s the rundown.

Community | NBC
Basic Story
Subway plans to purchase the Greendale campus and establish a Subway University in its place. Meanwhile, Jeff considers an employment offer from Subway; Britta ponders an offer from Jeff; and Annie and Abed obtain information about Greendale’s first dean, which leads to a discovery within the school’s walls.

Hell’s Kitchen | FOX
16 Chefs Compete
The 16 remaining chefs are challenged to match side dishes with four different types of protein. The winners earn a trip to Laguna Beach, while the losers prepare honey taffy from scratch.

NBA Basketball: Spurs at Mavericks | TNT
Spurs at Mavericks
San Antonio at Dallas. Dirk Nowitzki and the Mavs try to snap an eight-game losing streak to Tim Duncan and the division-rival Spurs, who are on a 12-2 roll in the series since late 2010.

Shark Tank | ABC
One product has the men competing against the women. Included: whimsical plush slippers; an alternative to human sign holders; trousers and leggings that provide a butt lift; and a line of snack nuts with bold flavors. Also: an update on CordaRoys Beanbag Beds, which Lori Greiner invested in during Season 4.

The Big Bang Theory | CBS
The Relationship Diremption
Raj and Emily double-date with the Wolowitzes, and Howard becomes flushed with embarrassment after Emily reveals a secret she knows about him. Meanwhile, Sheldon is at loose ends when he believes he’s wasted his career trying to prove string theory.

The Millionaire Matchmaker | BRAVO
The Narcissist Meets the Inner Geek
Patti’s clients include a New York City socialite, plus an owner of a Las Vegas PR firm.

The This Old House Hour | PBS
Arlington Italianate Project 2014: Made in the Shade
A custom PVC fence and arbor are installed; a marble herringbone pattern is created in the powder room; grout color options are presented for the faux slate floor in the mudroom; a sliding barn door is built using salvaged antique wood from the attic; and alternatives are presented to the usual shade plants. In the second half: building a simple table from solid fir; removing tree stumps. Also: solar energy is discussed.

Parks and Recreation | NBC
Flu Season 2
Leslie and Andy battle the flu while trying to book performers for the Unity Concert; Tom searches for a sommelier for his new restaurant at a wine competition; and Ben seeks Ron’s help with a personal matter.

The Millers | starts at: 8:31 | CBS
Cancellation Fee
Nathan tries to secretly date his mom’s dentist, after Carol adds the woman to the family’s blacklist for charging her a hefty cancellation fee for being late to an appointment. Meanwhile, Carol desperately tries to get her money back; and Tom keeps waking up with gum stuck in his hair.

American Idol | FOX
Results Show
One finalist is eliminated in a results edition.

Chopped Canada | FOOD
Slaying the Dragonfruit
Dragon fruit challenges the chefs when making appetizers; a mix of sweet and cheesy ingredients show up in the entrée baskets; and beer is featured in the dessert round.

Grey’s Anatomy | ABC
I’m Winning
Cristina is nominated for a prestigious award and remains calm amid all of the excitement. Meanwhile, Bailey tries to help a boy who doesn’t have an immune system; Derek and Callie use a machine that recognizes emotions; and Richard delivers a pep talk.

Impact Wrestling | SPIKE
Dixie Carter returns amidst fallout from the four-way world-heavyweight title match. Also: the Wolves vs. the BroMans for the tag-team championship.

Project Runway: Under the Gunn | LIFE
Finale
Season 1 ends with the designers being given three days to create their collections and present them in a runway show. Heidi Klum and Neil Patrick Harris guest judge.

Reign | CW
Liege Lord
Mary uncovers her marriage contract’s secret clause, which was added by Catherine and her mother, so she and Francis attempt to persuade the people of Scotland to renounce her mother.

Suits | USA
No Way Out
Harvey and Mike clash with a tenacious U.S. attorney in the Season 3 finale. Elsewhere, Scottie and Harvey struggle to reach a compromise, and Mike and Rachel have different ideas about the future.

Two and a Half Men | starts at: 9:01 | CBS
Lan Mao Shi Zai Wuding Shang
Walden reconnects with Kate and impulsively decides he wants to spend the rest of his life with her—until he meets Vivian. Meanwhile, Alan and Gretchen grow closer.

Surviving Jack | FOX
How Do You Talk to an Angel
Frankie works up the courage to ask out his crush, only to be disappointed to find that she already has a date for the homecoming dance; at the same time, Jack forces Rachel to drive George to school as a punishment.

Anger Management | starts at: 9:31 | FX
Charlie and the Re-Virginized Hooker
Charlie gets cut off from sex after neglecting his work.

The Crazy Ones | starts at: 9:31 | CBS
Love Sucks
Simon has a budding romance, but he turns sour on love after Gordon’s relationship crumbles.

America’s Worst Tattoos | TLC
Paying for a Tattoo With Beer
Megan reinvents a portrait for a woman, which is taboo for cover-ups; a beer-for-a-tattoo trade has Lisa flummoxed.

Parenthood | NBC
I’m Still Here
Crosby asks Joel for help dealing with a housing problem; Julia talks to Sarah about her situation; Kristina fights for the charter school while dealing with upsetting news; and Hank helps Amber cope with an issue.

The Challenge: Free Agents | MTV
Live Free or Die
New rules are presented as the competitors arrive in South America in the Season 25 premiere.

Elementary | starts at: 10:01 | CBS
No Lack of Void
Holmes and Watson track a lethal toxin’s origin when a pickpocket dies of anthrax poisoning.

Sirens | starts at: 10:04 | USA
Till Jeff Do Us Part
Hank gets an invitation to his ex’s wedding, which prompts Johnny to take up his cause. Meanwhile, Theresa clashes with a wedding guest and Brian learns a new job skill.

NBA Basketball: Nuggets at Warriors | TNT
Nuggets at Warriors
Denver at Golden State. The visitor took both previous meetings between these teams, with Ty Lawson’s 22 points and 11 assists pacing the Nuggets to victory in Oakland.