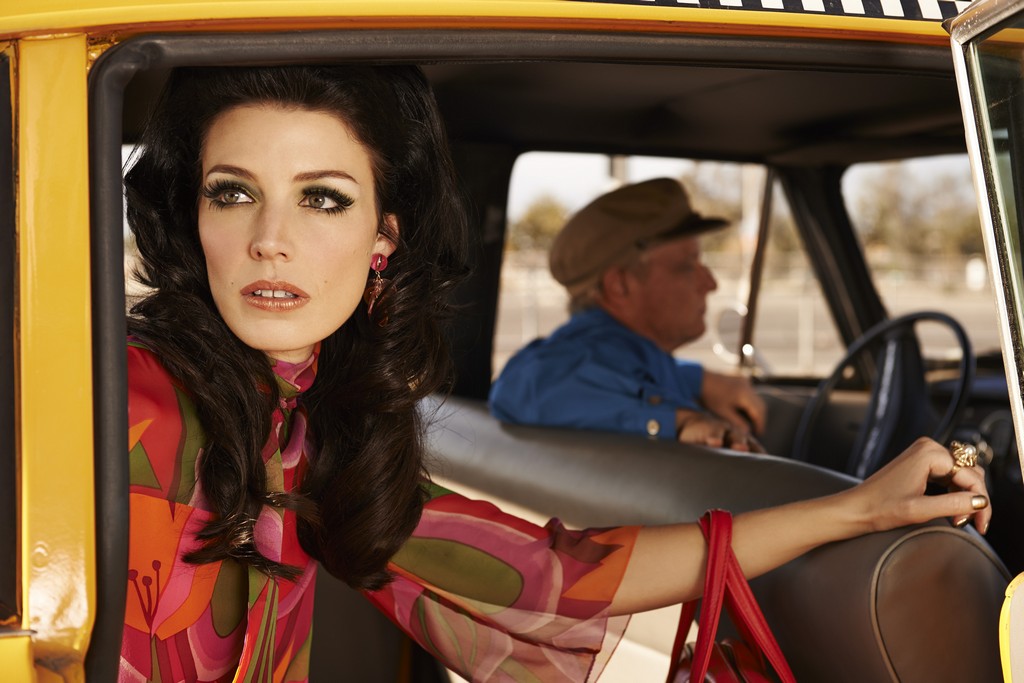 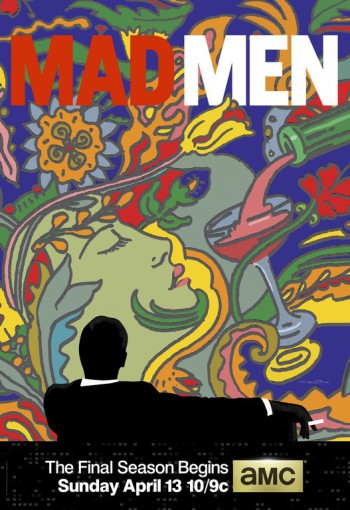 What a relief that “Mad Men” is back. Not just because fans get to see the show itself, but because the buildup to the show is over.

It was quite a ride, leading up to the final season (seven episodes will air this spring; the balance in the spring of 2015), from the Milton Glaser poster unveiling in early March to the multiple interviews with the cast and Matthew Weiner (including one in the Paris Review, where he became the first television writer to be interviewed by the literary magazine), the PaleyFest panel (without January Jones or John Slattery) and, as we got closer to Sunday night’s premiere, advance reviews, some of which vexingly included spoilers.

But the relief gives way to the measured, somber tone of this debut. The word “lugubrious” comes to mind. Not everyone in the ensemble is, as the dictionary definition amplifies, “mournful, gloomy, sad, unhappy, doleful, glum.” Pete, Megan, Ted, all L.A. based – Megan moved to L.A. to pursue her acting career – appear reasonably happy with life. In New York, Joan is hitting a new stride – gosh, I love this character, this was a quietly terrific episode for her – and Ken, while spiraling due to work overload, seems too manic to be open to gloom.

It’s the show’s two anchors, Don and Peggy, who are most despairing. But in a more controlled reflective way than we’ve seen at many junctures in seasons past. It was, if this makes sense, and for the both of them, as if you could hear them trying to steer themselves to a better place or at least an awareness.

But I’m getting ahead of myself. The episode is called “Time Zones,” with emphasis on “time.” “Mad Men” is if anything about time, how we relate to it and what if anything changes over. (This isn’t just my interpretation. Matthew Weiner has articulated as much in interviews over the years, probably invoking Proust at least once, but on that last point, I’m not certain.)

The episode starts with Freddy Rumsen looking into the camera pitching a watch called “Accutron.” (A watch, get it, time.) This is not, it turns out, an aside to the viewing audience, rather, he’s pitching Peggy, who we see as the episode unfolds is highly frustrated with Lou, the man acting either as Don’s placeholder or replacement.

We don’t know what Don’s status at the firm is two months into his leave, except that he is in touch with Pete and apparently no one else, and that he is still getting paid. And one subtext here is Don, because he is not working, has too much time on his hands. By the end of this episode, we learn that he’s still drinking excessively, but he seems to be holding his ground as far as resisting women’s interest.

He is also still living a lie, not in an assumed identity, but he hasn’t told Megan that he’s on leave from work. (We don’t see his children or Betty in this episode, so we don’t know what he has or hasn’t told them, but it’s safe to assume he’s keeping up professional appearances for them, too.)

He goes to visit Megan in L.A., his plane is late (time!), they rush to dinner with her agent (hands down the most cartoonish character to grace “Mad Men”), and then to her house in the canyon. They’re walking on eggshells, Megan and Don, not making love right away, and Megan slips and says “my next house” instead of “our next house.”

The next day, she offers to drop him at the office. He says he’ll take a cab. (Which would make for an expensive fare.) But money’s no object for Don. He buys Megan a huge TV, and she protests, but adds, “You’re not here long enough for a fight.” (Again, time.)

In New York, the office swirls with change. (Ken is so frazzled with calls from different time zones — Bob Benson in Detroit, Pete Campbell in L.A. — he tells Joan, “You see this? I don’t have time to take a crap.”) Joan is trying to convince a shoe client from taking its advertising in-house.

In a miniature history lesson of the advertising industry, she visits a professor at what I assumed was Columbia who is researching the advertising industry’s shift from commission to fees. (Three years ago, it was mostly commissions, she tells him, now it’s 50-50 fees, she tells him. The references recall the Lane Pryce days.) When he asks if she knows the difference, implying that she does not, she comes back with one of this episode’s great lines, “Actually, I can answer that. You’re going to need another pad.”

Peggy is unsettled by Ted’s visit from L.A. (which Pete suggest was planned to avoid Don). She continues to bump heads with Lou, Don’s placeholder/replacement, and, at home, her tenant’s young son, who complains that their toilet is not working.

Don catches the Red Eye back to New York, seated next to a widow played by Neve Campbell. They banter in that sudden intimacy of a commercial flight, she falls asleep on his shoulder, but Don turns down her offer to take a ride, telling her, “I have to get to work.” It’s impossible to know if she’ll be back, or if this was a cameo. (Something tells me she’ll be back. But this is “Mad Men,” so who’s to know?)

Peggy’s neighbor is calling the office, complaining about the toilet. She calls her brother-in-law to repair it. At Peggy’s, he’s asleep when she gets back from a late night. She asks him to stay, and he says no, he wants to get home. “I don’t like Anita alone in the house.” Which precisely is what Peggy will be as soon as she deadbolts the door, one, two, three. Hearing this expression of protection, Peggy falls to her knees and sobs, her aloneness magnified by his words.

Back at Don’s apartment, Freddy Rumsen visits. It’s cold, Don can’t get the sliding door to close. They chow down on food Freddy’s brought. And here in a few lines, so few you may have missed them if you’re not paying close attention, we realize what Don Draper is up to as far as keeping his foot in the door at the firm. That was Don’s pitch, the one Freddy Rumsen gives at the top of the episode. And on top of Don remaining part of the creative efforts at the firm, he’s giving Freddy, who’s a freelancer, ideas for other firms. Which means he’s sticking it to the firm, and getting intel from other firms.

“You’re making quite a name for me out there,” Freddy tells Don. This is brilliant writing, revealing major plot lines in a few lines. And Freddy leaves. And Don is alone. He sits outside in the cold on the balcony, leaving you feeling both more alive and more mortal than you’ve probably felt in awhile.

Your thoughts on the season seven premiere of “Mad Men”? Leave comments below.