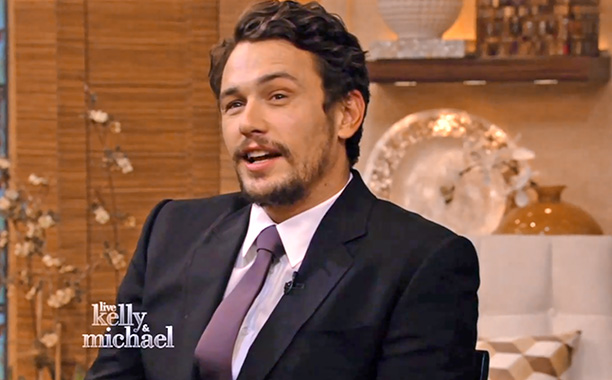 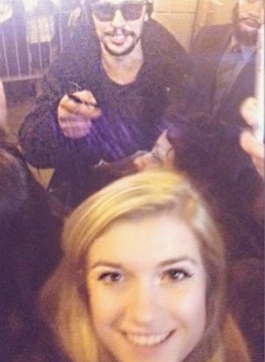 On Wednesday, I attended the evening performance of the Steinbeck drama “Of Mice and Men,” a terrific production starring James Franco and Chris O’Dowd, and noticed there was a particularly young audience for Broadway. Afterwards there were hoards of squealing young girls waiting at the stage door clutching their programs for Franco to sign. There have been many pictures floating around of Franco taking time to talk to fans after the performance and posing for selfies, which made him look like a really good guy who cared about his fans.

The embarrassing revelation of his attempt to hook up with a teenager isn’t the first time a movie star couldn’t resist the temptation of young female fans throwing themselves at him, but now with social media, there’s no way to keep it secret. If anyone knows this, it should be James Franco, who uses Twitter (@JamesFrancoTV) to promote all his numerous projects and has over 1.6 million followers.

A somber and sheepish Franco went on “Live With Kelly and Michael” this morning to defuse the situation and owned up to the embarrassing tweets and Instagrams he exchanged with 17-year-old Lucy Clode, whom he met Tuesday, April 1, at the stage door after a preview performance “Of Mice and Men.”

After he met her, he asked her to post a video and they exchanged notes through the app’s messaging function. At one point, after the teenager told him she was staying at the Hilton with her mother, he asked if he should get a hotel room. Here’s an Instagram of Lucy outside the theater and Franco looking into the camera, smiling and signing autographs.

When Lucy revealed all the tweets and Instagrams, many thought this was a publicity ploy by the actor/director/PhD candidate/writer/artist to promote his new film, “Palo Alto,” in which he portrays a 30ish single dad who has an inappropriate relationship with a teenager. That this might be performance art was creepy enough, but the truth is even sleazier.

“Of Mice and Men” opens April 18, and this embarrassing interlude has already derailed conversation about the play.

Franco walked on the stage of “Live With Kelly and Michael,” dressed in a dark, tailored suit, while girls squealed in the background.

“You are the reason we have good security,” Strahan quipped. After a few minutes of chit chat about Franco’s early years as an actor and an acting gig with Kelly Ripa’s husband, Mark Consueluos, they got right to the incident, which Franco acknowledged and blamed on poor judgment.

“We know you’ve been in the news this morning,” Strahan said, “and it’s our understanding that it’s something you wanted to address.”

Franco went on to say, “I was feeling awkward. I didn’t want to come on the show feeling awkward,” he sputtered. “I’m embarrassed and I guess I’m just a model of how social media is tricky. It’s a way people meet each other today. But what I’ve learned – I guess just because I’m new to it – you don’t know who’s on the other end. You meet someone in person and you get a feel for them but you don’t know who you’re talking to so I used bad judgment and I learned my lesson.”

“I have a very good life,” Franco said, “but not only do I have to go through the embarrassing rituals of meeting someone, but sometimes if I do that then it gets published for the world so now it’s doubly embarrassing.”

Ripa let him off the hook and asked no embarrassing follow up questions. Instead she cooed, “The way you handled it is perfectly acceptable. It happens to everybody. And I think it happens to movies stars on a much grander scale like you just said because everybody knows who you are, and I promise I will not reveal our text messages to the world.”

“I always think honesty and not avoiding anything is always the best policy,” Strahan concurred.

So although Lucy, 17, is half his age, a hook up is not illegal but many people would find it sleazy. Franco never addressed this.

What followed was talk about Lady Gaga attending the play, his parody with Seth Rogen of the Vogue cover shot of Kenye West and Kim Kardashian, and “Of Mice and Men,” which is well worth seeing although I’m glad I saw it before the distraction of this mess.

Seriously, doesn’t Lady Gaga have a friend closer to his age she can fix him up with?