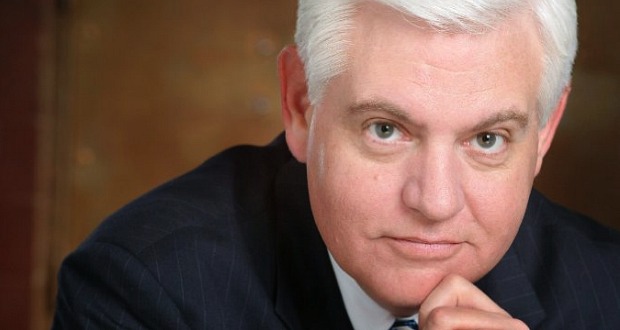 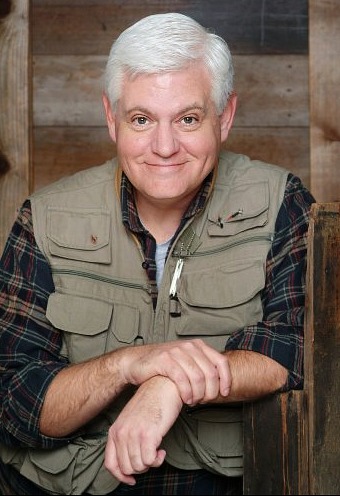 When he saw the first preview of “Dumb and Dumber To,” in theaters Nov. 14, 2014, Steve Tom wondered why he was laughing so much.

“It’s the grossest, stupidest movie,” says the actor who plays Dr. Bernard Pichlow (not his character’s real name, but at press time they wouldn’t release it). “I was thinking that I wasn’t raised this way, but all I could think was that this was going to be a great film.”

Steve describes Pichlow as a scientist who invented something that’s going to make billions.

“The story is a wild one,” he says. “Harry and Lloyd are back, 20 years later. One has a bum kidney, so they go on a search for a blood relative to replace the one that’s gone bad. Harry knows he has a daughter out there somewhere and she becomes the object of the search.”

He’s played many dramatic and comedic roles, including two seasons of HBO’s “Funny or Die” as Ed Haligan. “It was absolutely my most favorite job in the world,” he says. “Not only because it was so tremendously rewarding to work with Andrew Steele and Will Ferrell, the director Andrew Piedmont and the cast, but it put me on people’s radar that I never would have been on if I hadn’t done that show.”

Steve says that he loved inhabiting the character of Ed. “He was so clueless, so delightfully ignorant,” says Steve. “I haven’t really talked about doing this character again, but I’d jump at the chance.”

Steve says that he got the acting bug from his grandmother, a prolific actress in the 20s and 30s. In college, he studied broadcast journalism and ended up in San Diego working for a new talk radio station, thus beginning his voiceover career. He wanted to act, but after expressing interest in auditioning for a role as a television detective, his agent told him, “No, you’re a voiceover person, not an actor.”

Since then, he has enjoyed a thriving career as a television and film actor. His most recent television work includes a recurring role as Judge Craig Richwood on TNT’s “Major Crimes.” With dozens of prime time guest starring roles to his credit, Steve has also recurred on “Prison Break,” “Weeds,” “Commander in Chief” and the CBS sitcom “Two and a Half Men.”

In 2012, he appeared as Senator Chris Dodd in the Emmy-award winning HBO drama, “Too Big to Fail,” opposite William Hurt, Paul Giamatti, James Woods and John Heard. Well known for his versatility, Steve was also cast in Paramount’s comedy “The Guilt Trip,” starring Barbra Streisand and Seth Rogen. He also played Principal Russell on a recent episode of “Parks & Recreation.”

“Right now I’m having a wonderful time, but secretly I would love to be a lead in a film,” he says.

When he’s not acting, he’s obsessively fly fishing. “When I was around 7, my dad taught me how to handle a fly rod and it’s like going to church for me,” he says. “My ‘real’ dream job would be hosting a fly fishing guide.”

Work is so busy that he isn’t sure he’ll get to fish this year, but Steve is okay with that. “Dumb and Dumber To” comes out in November, and he feels fortunate that he got to work with Jim Carrey. “Any project that has Jim involved, you have to be ready to go wherever he takes you. One time where I’m talking to him across a coffee table and leaning in to listen to him, he starts a river of drool. I have a long speech and nowhere in the script does it say to drool, but this is his brilliance.”

Steve says that 20 years later, Carrey still “has it.” “He never really lost it,” he says. “We started shooting after Jeff Daniel’s Emmy win, and he’s a consummate actor’s actor. I was fortunate to work with both of them.”