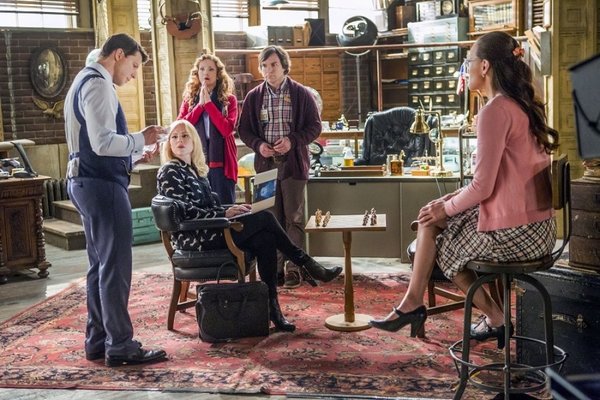 Did you ever have a pen pal growing up? Someone you never met in person, perhaps, but corresponded through handwritten longform letters? I did. My family also moved around a lot in my youth, and I was encouraged to write my grade school teachers and friends (long before there was email and instant messaging). In fact, I still write letters to my first grade teacher many decades later.

RELATED: Hallmark’s “When Calls the Heart” – Back to Simpler Times

And who doesn’t love getting a letter in the mail? No, not the one that says, “You might already be a winner!” but that one written by an old friend or relative whether it be on sheet of paper ripped out from a composition book or proper stationery with its crisp texture and embossed designs.

It’s a shame letter writing has almost become a lost art. It’s also amazing to think the US Postal Service is on the verge of bankruptcy when almost everyone cherishes a handwritten letter when received, especially when it’s a letter that has its own story to tell by way of its own journey to the intended addressee.

Hallmark Channel’s new series, “Signed, Sealed, Delivered” follows the journey of some of those letters that land in the Dead Letter Office of a Colorado post office. The reserved and somewhat uptight Oliver (Eric Mabius) leads a band of misfits including newcomer Shane (Kristin Booth), the bookish yet beautiful Rita (Crystal Lowe), and the loveable dork Norman Dorman (Geoff Gustafson).

Together they take the letters and packages that have landed in their department, and through some sleuthing, they seek out its owner and the story behind it. The four are already nicely paired off for future fans and shippers (#Sholiver or #Norita anyone?)

I was on the fence about the show after watching the first episode, but as I’ve come to realize, it’s difficult to judge a show based on one episode alone (especially the pilot). As I watched the second episode, “To Whom It May Concern,” I made it over the fence and found myself a blubbering idiot over the storyline of a young Afghani woman whose life is forever changed by an Army corporal – a vet who later returns home from war to less than a hero’s welcome and a bit broken.

RELATED: Interview – Lori Loughlin on “When Calls the Heart”

Created by Martha Williamson, the executive producer of “Touched By An Angel,” the show brings a new heartwarming, family-friendly story each week, along with guest stars such as Valerie Harper, Della Reese, Marilu Henner and a recently announced Carol Burnett.

Now, excuse me while I go pen that letter I’ve been meaning to write…