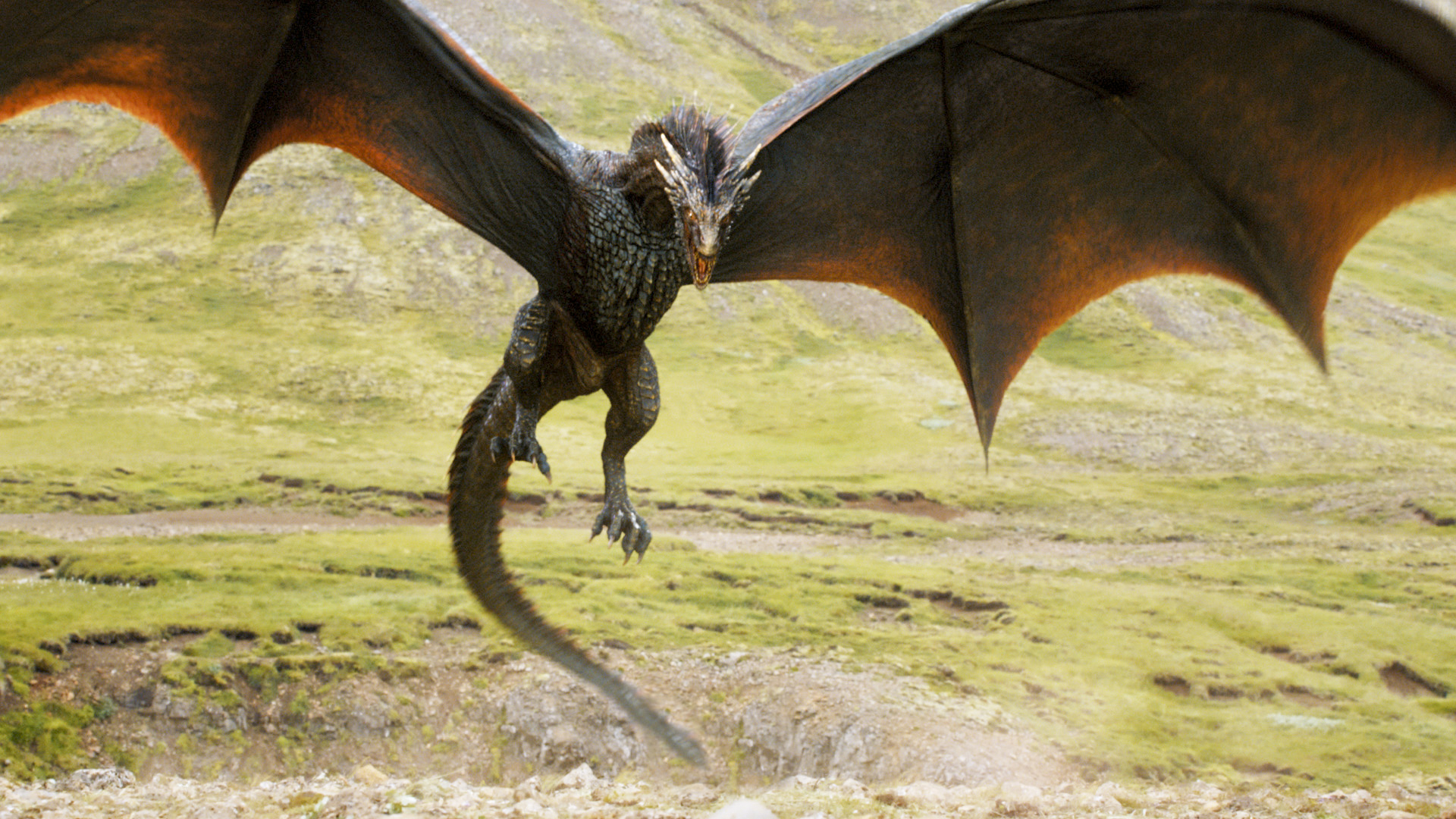 Well, winter came and went and “Game of Thrones” is back!

After last season’s gruesome Red Wedding, the Starks find themselves dwindling in numbers. The only ones left are the kids – Sansa, Arya, Bran, and the thought-to-be-dead youngest child, Rickon Stark. Of course, there’s the eye-candy bastard son, Jon Snow, who survived the multi-arrow barrage from one very pissed off ex-lover Ygritte.

To dig the wounds a little deeper, Tywin Lannister (Charles Dance) has Ned Stark’s Valyrian steel sword melted down and made into two separate swords. He gives the larger one to Jaime (Nikolaj Coster-Waldau), who is back to his pretty clean-shaven armoured self.

Jaime, who is sans sword hand gives his father a look that says, “Seriously?! WTH?!” but he takes it and tells his dad he intends to stay with the Kingsguard (mainly to stay closer to Cersei). Of course, Tywin, being the ever supportive father, has to belittle him with an insult or two. Who gets the smaller sword is for another episode, I guess.

Jaime’s reunion with his sister, Cersei (Lena Headey), doesn’t go that well either. He expected her to greet him with open arms, but she looks upon him with a bit of disdain. I guess not having that second hand is a bit of a turn-off for her. Though she does have him fitted with a gold hand and in amusing visual, Jaime waves goodbye to Qyburn with his new hand. You have to wonder if he wanted to be able to position the fingers in another configuration.

We are introduced to Prince Oberyn Martell aka The Red Viper (Pedro Pascal). Oberyn is a handsome but sadistic rake who doesn’t really seem all that fond of the Lannisters. Along with his paramour, they like to share their whores – male and female – with each other. That’s all I really got from his introduction in the premiere. I haven’t read the books, so time will tell how this character fits in with our Game of Thrones world.

Daenerys is playing with her dragons, who have grown quite a bit since we last saw them. The friend-zoned Ser Jorah Mormont looks on with envy as she pets one of the dragons, jealous that she’s more affectionate with them than with him. Oh, how he wished he was that dragon!

As Daenerys goes down for her morning inspection, she finds neither Grey Worm nor Daario Naharis there. When she finds out they’re off in a field gambling, she is a bit peeved.

I’m surprised she recognized Daario, as he seems like a changed man. That is, the original actor Ed Skrein was replaced by the more charismatic (and less stiff) Michiel Huisman (Liam from “Nashville”). Daario uses the guise of talking “strategy” with Daenerys to try to woo her, and it looks like the Queen of Dragons, who doesn’t melt in actual fire, is starting to melt under his subtle courtship.

A depressed and miserable Sansa Stark is in mourning over the massacre of her mother and brother, as well as her marriage to Tyrion. She also doesn’t know if any of her other siblings are still alive. Will this young girl’s life ever get better? Dontos, a motley fool she saved from death, greets her and gives her an amethyst necklace to thank her for saving his life. It’s the only possession of his worth anything (or so he says), but I imagine that necklace will play into a later plot, as it was the focus of their conversation.

We don’t see much about the Wildlings, other than they are gathering their forces and allies. Among them is the Thenn, these creepy looking cannibalistic tribe who remind me of that guy in the opening of “Prometheus.”

Over on The Wall, the fully-recovered and oh-so-delicious-looking Jon Snow is reminiscing about Robb Stark with Sam. He’s about to face his superiors over his actions while he was with the Wildlings. He admits to breaking his vows of chastity, for which one of his superiors says he should be beheaded, while another says if every ranger who broke his vow of chastity was beheaded, The Wall would be guarded by headless men. Hah.

Joffrey’s back and just as annoying as ever. He even exasperates Jamie, his uncle/father. In another funny visual, we go from a statue of Joffrey to the real Joffrey in an almost exact pose.

The episode saves the best for last. Arya (Maisie Williams) and The Hound (Rory McCann), who almost found themselves part of the Red Wedding massacre, but fortunately arrived minutes late, stumble upon a group of men. Amongst them is Polliver, who killed Arya’s friend, took her sword Needle, and is on her ever-growing list of people she plans to seek revenge on.

With one angry and both hungry, the two find themselves chatting it up with Polliver, who has no idea who Arya is. The Hound picks a fight with Polliver’s gang over some rotisserie chickens (and perhaps an underlying sense of rectitude) as Arya watches on, unsure of what to do at first. Then courage and retribution finds it way through her as she grabs a sword and slices Polliver’s legs, takes back Needle, and avenges her friend’s death by slowly and purposefully sticking Needle into Polliver. You go, girl!

Arya gets her revenge, her sword and her own horse, while The Hound gets some Boston Market as the two ride down the road together.

There’s so much going on in the show, I’m sure I missed a few things here and there. It’s definitely a show you have to watch a couple times to fully grasp everything that’s going on. I love that the production is able to put in a few touches of understated humor here and there amongst all the seriousness and death.