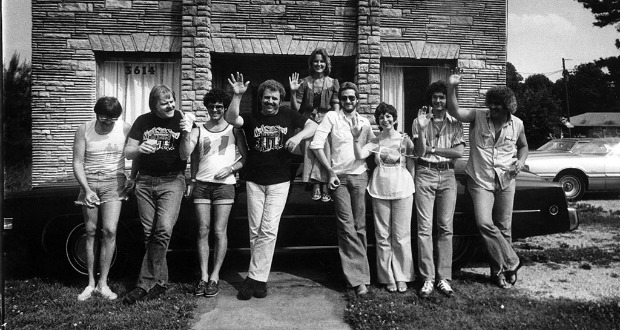 If you missed “Muscle Shoals” when it was in theaters last fall – the documentary about the Alabama town’s music history – you’ll have a chance on PBS Independent Lens Monday night, April 21, 2014 at 9 p.m. (check your local listings). In my opinion, it’s a must-see!

The bulk of the documentary directed by Greg “Freddy” Camalier, which includes interviews with such luminaries as Aretha Franklin, Mick Jagger, Keith Richards, and Bono (to name just a few), is centered on the life of FAME Recording Studios founder, Rick Hall. I had a chance to speak extensively with Mr. Hall by phone, during which we got on like the two southerners we are. (I’ll also have a chance to visit the hallowed ground that is FAME studios next month.)

Hall’s life is fascinating on a number of levels. Now 82, he was born into a family so poor that they lived in a home with dirt floors. He has been through several unspeakable tragedies in his life that sent him into such a downward spiral that he was homeless for a period of time.

Then, with some inexplicable drive from within, he pulled himself out of it and started one of the most iconic recording studios in music history. He had been a musician and music producer before he started his studio, but he had an uncanny ear and gut feeling for when a song would be a hit. When that experience and talent were brought together with the right artists, magic happened.

FAME became especially well-known for launching some of the most important black artists of the 60’s, including Aretha, Percy Sledge, Clarence Carter, and Wilson Pickett. Hall went on to produce thousands of hits, including songs by the Rolling Stones, the Allman Brothers, and Alabama. In fact, the southern rock sound was born in Muscle Shoals.

In January 2014, Hall was given a special Grammy Trustees Award for his lifetime contribution to the music business. After the photo are some of the highlights from our fun conversation.

Etta James said that you were the only white man with the soul that was necessary for R&B. Do you have an explanation for that? Where do you think that came from?

She’s quite a lady, and she said some beautiful things about me in the film. And I loved her…. Etta and I had a good time and had a lot of hit records. But the sad part of it is, I have never received a dime from producing those records. Never. So, I’m letting the cat out of the bag.

Well, that would be a bitter pill!

What Etta meant by that [having soul] was I knew about hard times and knew about living without food and sleeping on the ground and living in poverty and being made fun of by all your peers.

That brings the pain up out of you.

So, I just believe the work ethic is what we had here in Muscle Shoals. We didn’t know any hours. I’d work three days and nights in the studio without coming home….

Working long hours makes me think of something you’ve said – that you never gave up on a song. Can you think of any of the songs that were hardest to get right? 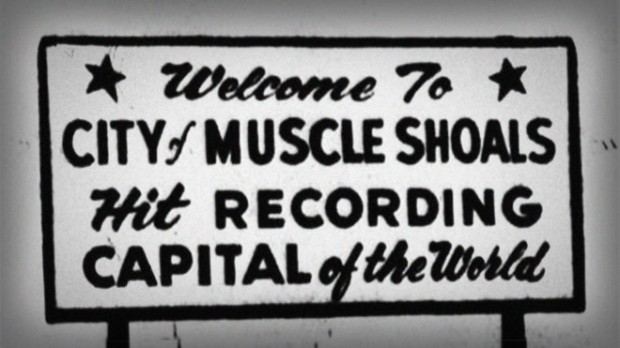 One of the things they talked about in the movie were the largely improvisational “head sessions,” which created that first hit for Aretha Franklin. Does anybody still do that in this business?

Now, the producer has the final say about what’s going to be done. And, of course, we all believe that if you record with five great musicians who happen to be songwriters and are record people, producers in fact, you’ve got a better shot at cutting a hit record than you would have if you had some arranger that never met the artist and never met the producer and didn’t know what the song was about and he was born and raised in Los Angeles, California, and we’re trying to cut records that are suitable for Muscle Shoals, Alabama and the deep south.

So, we had no problem with doing head sessions – still do that because it’s like a basketball team. If you’ve got a great center and nobody else can play, you’re not going to win a lot of ball games….

[Prior to FAME in Muscle Shoals], most of my producing was done out of New York because I was doing black acts, and people had a thing in the 60’s about black acts and didn’t want to produce them because there was a lot of strife and a lot of trouble going on in the south over segregation.

Tell me about your connection with Wilson Pickett, because it sounds like that was a very special bond you had.

Oh, Wilson Pickett and I were bosom buddies…. I loved Wilson Pickett. I’d go to New York, and we’d get in his car and go down Broadway at 3:00 in the morning making 100 miles an hour. So, we were crazy. We were wild people….

What about Otis Redding?

Otis was my dear friend. I was at his funeral. I knew his wife and his family and the whole thing. He had a little ranch. I’m into cattle; I’m a rancher, too. So, he’s a very special guy. A very dear man, dear man. It was the time!

How much do you keep up on contemporary music now, and what do you listen to?

I’m going to make a big statement here: If something isn’t done about the music business now or soon, there won’t be any music ten years from now. We’ll be listening to all the oldies but goodies from now on.

If they make a dramatic movie of your life, who would you want to play you?

Oh, God, I can’t imagine. I could think of a dozen, but none of them would want it. They’d say, “Are you crazy? You want me to play this goober from Alabama?”

Well, that would be great. I love Matthew. I’ve got a book that I’ve been writing on for eight years, and it’s got all the stuff I’m telling you and a lot more.

So, here’s your chance, McConaughey. Who knows Matthew’s agent?