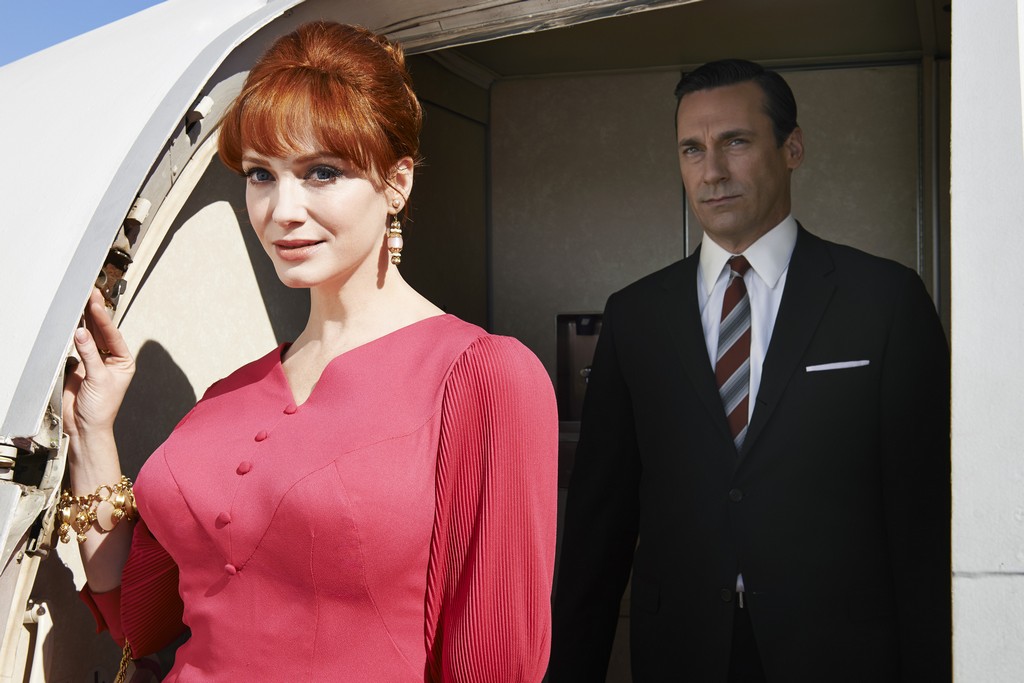 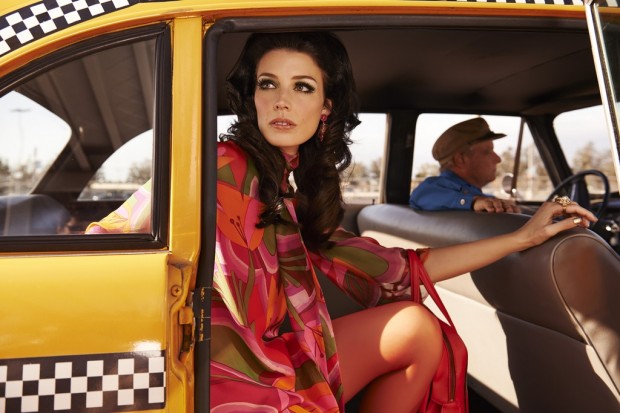 Check back later for a “Mad Men” recap of the Season 7 premiere, “Time Zones,” from Barbara Benham (can’t wait – love her recaps!). Also, here’s our photo gallery full of planes, people and, of course, hats.

In the meantime, Twitter was pretty entertaining during the premiere last night. Here are a few of the more memorable #MadMen tweets (yeah, one of mine is in there – bite me):

1969: When total strangers turn to you and ask, "Do you want a sleeping pill?" #MadMen

That's how Roger is rolling? And no Viagra. Very impressive old chap #MadMen

Pete Campbell looks like he's should be 500 feet away from schools and parks at all times. #madmen

I wonder if Neve Campbell's character will start a competing agency with 4 of her friends called Party of Five. #madmen

Poor Peggy. It's not easy being better than everyone else. #madmen

This is a really good wes anderson movie #madmen

How long until Roger Sterling's daughter drags him to an EST meeting? #MadMen @MadMen_AMC

Pete! How was your cousin Joffery's wedding? #MadMen #GameOfThrones pic.twitter.com/nW4DDJoX09

I haven't watched #madmen in a while. Why is Don's next ex-wife living in the Unabomber cabin?