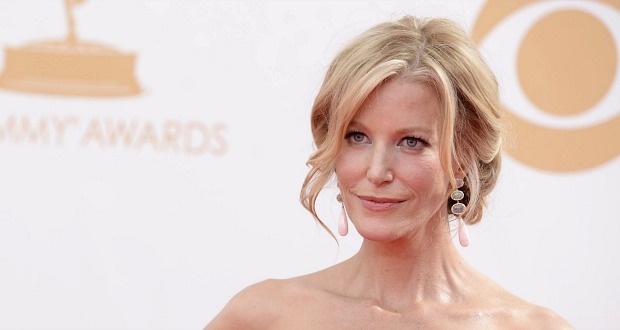 Anna Gunn, like her “Breaking Bad” co-star Bryan Cranston – currently starring on Broadway as LBJ in “All the Way”- will next appear on the New York Stage. The Emmy Award-winning actress will star in Laura Eason’s drama, “Sex with Strangers,” which will be directed by David Schwimmer (“Friends”).

Best known for her Emmy-winning turn as the intelligent and nagging wife Skyler White in the groundbreaking series, “Breaking Bad,” Gunn will star in Laura Eason’s drama “Sex With Strangers” at the Off Broadway Second Stage Theater. Previews begin July 8; the show opens July 30.

In “Sex With Strangers,” Magnussen plays a manipulative sex blogger and memoirist who tracks down his idol, a gifted but obscure novelist (Gunn). The both discover that they crave what the other possesses and there’s a major power play as they each try to get closer to what they want. The press release adds that they confront the dark side of their ambition and discover how tough it is to evade your past when it’s all there, a click away.

“Breaking Bad” fans won’t have to choose between productions of “Sex With Strangers” and “All the Way,” since Cranston’s play closes June 29.