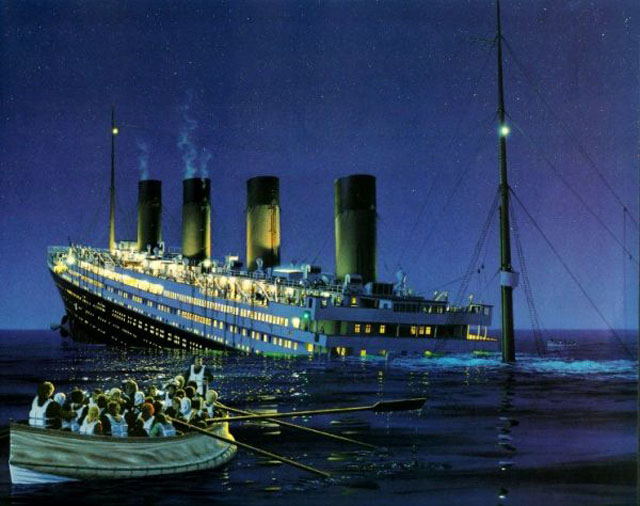 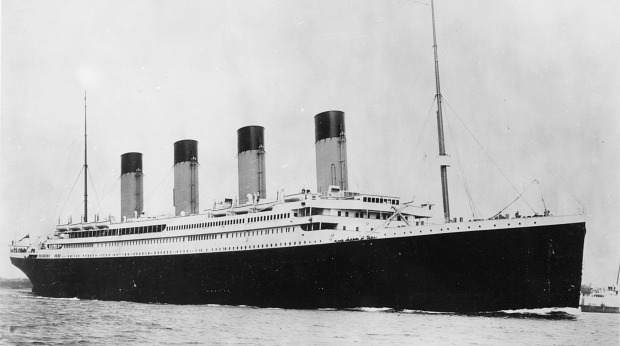 This week marks the 102nd anniversary of the sinking of the Titanic. As most everyone knows, especially thanks to James Cameron’s smash 1997 movie, the great ocean liner struck an iceberg on the last day of her maiden voyage from Southampton, England, to New York, and sunk into the Atlantic ocean. It collided with the iceberg at 11:40 p.m. on April 14, 1912, and by 2:20 a.m. on the 15th, it was gone.

As a music lover, former social dancer, and huge Titanic fanatic (and not just because of Cameron’s movie), I decided to do something a little different to commemorate the occasion.

I held a Titanic dance a couple years ago and searched for music directly related to, or in homage of, Titanic. I found a few great gems, and all danceable in some way. They mostly fall in the swing, waltz, blues, and one-step (an easy, walking, early ballroom dance) categories. I thought I’d share them.

Here are seven great songs to fill up your Titanic dance playlist:

1. The Titanic, by Ruthie Foster. My favorite of these discoveries is Ruthie Foster’s spiritual, “The Titanic.” Besides her spectacular voice, the great melody, wonderful harmonies, and thoughtful and meaningful lyrics make for a really fun, sexy blues dance.

2. Titanic Set, by Gaelic Storm. The Irish band featured in the 1997 film is a real band called Gaelic Storm, so of course they include a jig and reel set similar to the one they play in the movie on their 1999 album, “Herding Cats.” They play the same jig (the first tune) as in the movie, “Blarney Pilgrim,” but replace “John Ryan’s Polka,” in a major key, with “Drowsy Maggie,” in a minor key (although the CD liner notes are misprinted).

Incidentally, the disc also includes an original ballad called “Heart of the Ocean.” Titanic Set makes a fun, if a little fast (and therefore exhausting), polka, or a less tiring one-step. The film version also exists on the second soundtrack, “Back to Titanic,” and includes Jack and Rose’s dialogue.

3. Songe d’Automne: While legend holds that “Nearer My God To Thee” was the last song played by the White Star Orchestra as the ship sank, some believe it was actually “Songe d’Autumn” (Dream of Autumn), a ragtime waltz written by Archibald Joyce. In his testimony, Titanic’s Marconi operator Harold Bride said, “The last I saw of the band, when I was floating out to sea with my life belt on, it was still playing ‘Autumn.’”

4. Autumn, from “Titanic: A New Musical.” In late April 1997, shortly after the 85th anniversary and nine months before Cameron’s film, a musical based on Titanic opened on Broadway, with music and lyrics by Maury Yeston (“Nine”) and book by Peter Stone (“1776”). The enormous original cast included Brian d’Arcy James and Michael Cerveris as ship designer Thomas Andrews.

Despite early negative reviews, it won the Tony award for Best Musical that year, and looks like it’ll be returning to Broadway sometime this fall. It would seem the writers agree about Songe d’Automne being the last song played during the sinking, because they wrote a similar sounding waltz for the musical, also called “Autumn.”

5. Ballad of the Titanic, by Vertical Alignment: This progressive rock band from South Carolina prides themselves on painting “epic musical pictures” drawn from historical incidents, so naturally a song about history’s greatest shipwreck seems like the perfect subject for them to cover. The song is primarily a waltz, except for some tricky extra measures toward the beginning and the end.

6. Dance Band on the Titanic, by Harry Chapin. Harry Chapin, who wrote “Cat’s in the Cradle” and “Taxi,” also wrote this kind of bizarre homage to the sinking. It’s a strange subject matter for a lively swing, but there you go.

7. Titanic Techno Mix: Of course we have to include one of these, a techno remix (of which there are several) of “My Heart Will Go On.” The original version is the love theme and closing credits of Cameron’s film, and a gigantic hit for Celine Dion. Unlike the slow ballad of the original, the 7 Radio Mix by Deja Vu and Tasmin makes a great one-step or club dance.

Of course this is just a smattering of songs related to Titanic, but hopefully there’s some new music here for you to enjoy. Have I left out one of your favorites? Let me know in the comments!