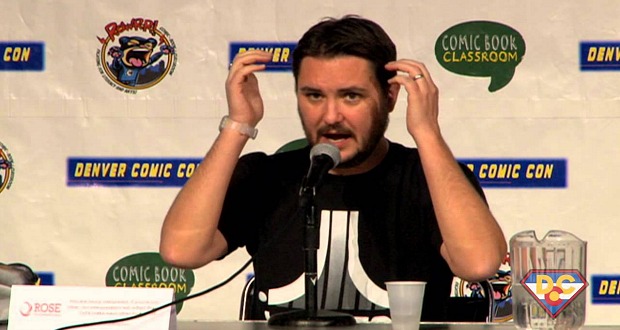 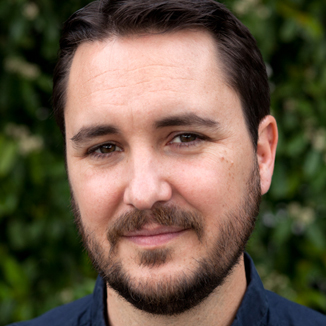 Here’s Reason #5,345 on why Wil Wheaton is awesome. At the Denver Comic-Con last June (not sure why it’s just hitting the web now, but we’ll take it), the actor/writer/gamer who played Wesley Crusher on “Star Trek: The Next Generation” was filmed answering a little girl’s question about being bullied as a nerd.

“When you were a kid, were you called a nerd and how did you deal with it?” she asked Wheaton during a panel talk.

His heartfelt and eloquent answer went viral over the weekend.

When I was a boy I was called a nerd all the time—because I didn’t like sports, I loved to read, I liked math and science, I thought school was really cool—and it hurt a lot. Because it’s never ok when a person makes fun of you for something you didn’t choose. You know, we don’t choose to be nerds. We can’t help it that we like these things—and we shouldn’t apologize for liking these things.

They don’t get positive attention from their parents. They don’t feel as smart as you. They don’t understand the things that you understand. Maybe one of their parents is pushing them to be a cheerleader or a baseball player or an engineer or something they just don’t want to do. So they take that out on you because they can’t go and be mean to the person who’s actually hurting them.

So, when a person is cruel to you like that, I know that this is hard, but honestly the kind and best reaction is to pity them. And don’t let them make you feel bad because you love a thing.

And I will tell you this — it absolutely gets better as you get older.

I know it’s really hard in school when you’re surrounded by the same 400 people a day that pick on you and make you feel bad about yourself. But there’s 50,000 people here this weekend who went through the exact same thing—and we’re all doing really well.

So don’t you ever let a person make you feel bad because you love something they decided is only for nerds. You’re loving a thing that’s for you.

The response made it to the top of the front page of Reddit yesterday, where her mother commented:

That was my daughter. She and the girl that bullied her are cool with each other this year. They aren’t in the same class, though. This year has been a good year, but she noticed another little girl in her class kept getting picked on by the other students. She became this girl’s friend and stands up for her when the other kids are being mean. We’ve talked about this moment a lot. After this panel, she paid to get her picture taken with Wil. He actually hugged her!

In the same thread, her father weighed in:

That was my daughter that asked that question. This was a magical moment for the whole family. What you might not get from the sound of all the applause is that there wasn’t a dry eye in the room after this. Mia met Wil again briefly at the Kansas city con this year, and he was as gracious and cool as you could have hoped. They talked about minecraft, ballet, mistakes, and silliness. Wil Wheaton, you are an honorary member of this family and I hope you know that you have made a real impact on Mia and the rest of us silly nerds. I wish you nothing but the greatest success. Oh yeah we love Tabletop too.

And that, my friends, is why it’s awesome to be a nerd, and why you should always listen to a crew member of the U.S.S. Enterprise.