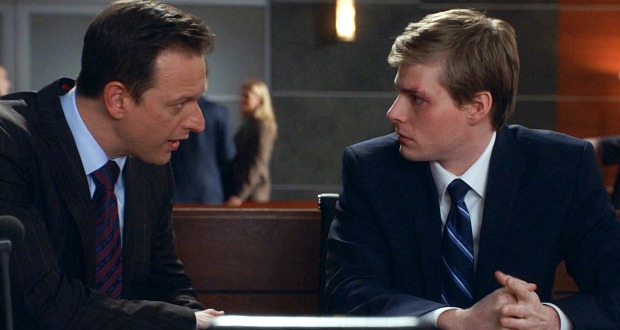 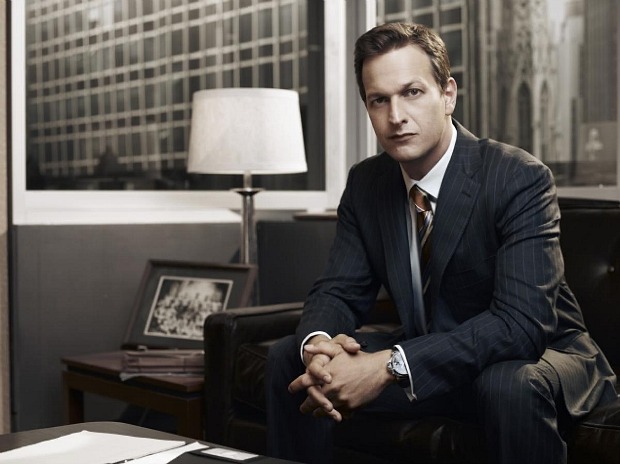 Oh. My. God. Well, good-wifers, I don’t even know what to say or where to start. I’m still so shocked from tonight’s episode of “The Good Wife” that my first response is to give up on the show and not tune in again. I doubt I’ll be able to stick to that, though, especially after reading what’s to come. And of course, I’m happy to be here with all of you. I just don’t want to re-live the night’s events. And I refuse to believe it.

But as painful as it will be, let’s go through the events of tonight’s episode from the beginning.

Will is in the courtroom defending Jeffery Grant (Hunter Parrish), a young college student charged with murdering a classmate, Danni Littlejohn. There was always something fishy about Jeffery’s arrest, from when we first saw it back in episode seven, “The Next Week.” Jeffery says he’s innocent and Will believes him (though Kalinda isn’t so sure), but somehow his DNA was found under the victim’s fingernails. Will and Kalinda try to prove the possible existence of “transferred DNA”: that Jeffery’s DNA passed to the victim in some way other than personal contact.

While Jeffery has been in holding, he’s apparently been beaten by his cellmates, because each time he returns to the courtroom he has a new set of bruises on his face. He insists on remaining in holding, however, saying that he’ll kill himself if he’s put in solitary confinement. (Hint, hint.)

After Will’s opponent, State’s Attorney Finn Polmar (played by Matthew Goode) knocks down some of Will’s defenses, Jeffery’s parents call Alicia to ask her for a second opinion. Clearly, her relationship with Will has turned a corner, as started in the discussion they had last week in the coffee shop, because not only does Alicia not try to steal them as clients, but she goes to the courthouse to warn Will about it. I should have taken this as a hint, in the style of Joss Whedon: as soon as a couple starts to show even remote signs of happiness, watch out. That’s when the bad things start.

Kalinda finally has a breakthrough in the case when she questions the doctors at the hospital. Kalinda and Will realize that Jeffery had suffered a sports injury that might have made it difficult for him to deftly yield the murder weapon: a cinderblock (how did they not consider this before?). Jeffery went to the ER on the day of the murder, and Kalinda discovers that the same doctors who treated Jeffery also treated the victim, allowing Will to pinpoint the possibility of transferred DNA.

Will returns to the courtroom and tells Jeffery that he has great news—while also noticing a brand new cut on Jeffery’s face. He decides that solitary confinement will be better for Jeffery and asks the judge to approach the bench. As the two lawyers are conferring with the judge (who, BTW, seemed like kind of a jerk), we get a glimpse into Jeffery’s fragile mind. He looks around nervously; his head gets fuzzy as we hear music instead of voices and courtroom noises. He seems to contemplate making an escape as the judge and lawyers are distracted, and then he focuses on the gun in the guard’s hip holster.

As Diane tries a drunk-driving case in a courtroom down the hall, shots ring out. At least four or five of them. Chaos ensues at the courthouse, with people screaming and running. As Kalinda forces her way past the police into Will’s courtroom, she sees a shoe on the ground. It belongs to Will, who lies dying against Finn’s shoulder. Both men are taken to the hospital, and as a nurse promises Kalinda and Diane that she’ll find out where Will is, they discover his body, covered by a sheet, in one of the rooms.

I’m having a very difficult time with this—as most Good Wife fans probably are. I’m actually not one to cry often while watching television. I certainly get sad and maybe a little teary, but for me to full-out cry is rare.

I still refuse to believe it, even though I know now that it’s true. Will Gardner is dead, and with the exception of a few flashback scenes in next week’s episode, Josh Charles won’t be coming back. I can’t believe it.

I blame George R.R. Martin (as well as Joss Whedon), at least a little bit, for this change in network television, as more shows are killing off major characters—and not waiting for the season finale to do it, either. Network shows definitely have to compete not just with cable, but with streaming television shows like Netflix’s “House of Cards” and “Orange is the New Black,” which viewers can binge watch. It puts pressure on network shows to respond with bigger and more frequent “must-see” moments, which is sometimes a detriment to the show’s development (I personally think “Reign” has suffered because of this, but that’s a discussion for another day).

But my problem with the story here is that it seems a little out of nowhere. Obviously, killing off Will was totally out of nowhere and a complete shock, but I mean for Hunter Parrish’s character. I don’t understand why Jeffery did it. The only thing to say is that he snapped, and there’s really no explanation for why someone snaps, or just what is going on in his head. But it still seems odd that he would throw everything away and make himself so obviously guilty, especially when Will told him there was good news. We do see a very sad vision of Jeffery trying to shoot himself, gun in his mouth, as we hear the clicking of the empty barrel. It’s heartbreaking.

Meanwhile, things are heating up for Alicia in the voter fraud case. She agrees to a voluntary deposition, and we learn that Nelson Dubeck has not one, but four different videos of the stuffed ballot box being moved. I’m not sure what difference that makes really, except that more people witnessed it, but it doesn’t necessarily implicate Peter any more. This is exactly what Alicia and Eli are depending on.

While Diane and Kalinda are at the hospital, Alicia attends a luncheon where a comedian is doing a rather surreal bit on legalizing marijuana. They try calling Alicia several times but her phone is off. They call Eli, who first ignores the call, but as they persist, he finally answers and they tell him Will is dead. He hands the phone to Alicia, who says hello, and the screen fades to black.

If you’ve been following my recaps, you know how squarely and absolutely I’m in the camp of wanting Will and Alicia to get back together. I’m so, so heartbroken knowing that it will never happen. Yes, I can see how this is a huge moment for the characters and that Will’s death will cause huge repercussions in everyone’s lives blah blah blah, as the creators Robert and Michelle King state in their letter to fans, but I’m still in mourning. I really did not see this coming, and I’m so sad not to see the amazing Josh Charles on one of my favorite shows anymore (after next week, at least).

So how about you, good-wifers? Did you have any inclination whatsoever that this was going to happen? Are you devastated to the point of not wanting to watch anymore? Did you sob as much as I did? How do you think this will affect Alicia and Diane? I also wonder about Jeffery, who I think will be back.