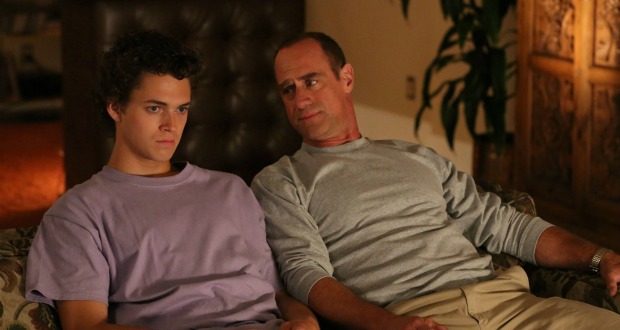 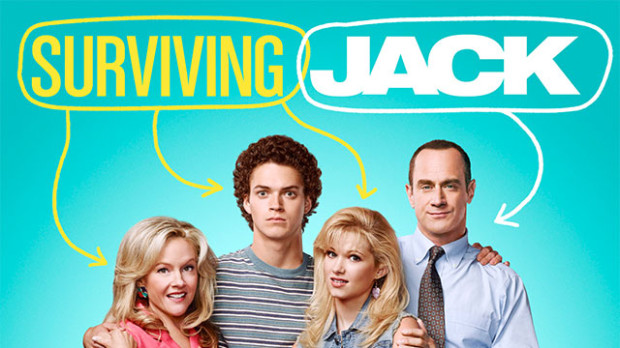 Christopher Meloni (“Law & Order: SVU”) and Rachael Harris (“The Hangover”) star as married couple Jack and Joanne in “Surviving Jack,” a new sitcom on Fox set in the 1990’s. They are the parents of two teenagers played by Claudia Lee and Connor Buckley. The pilot airs Thursday, March 27, 2014 at 9:30/8:30c after “American Idol.”

I participated in a conference call with Chris and Rachael, who told us all about the new show.

On their favorite aspect of working on “Surviving Jack”:

Chris:  I would have to say how they’ve written the characters and their relationship to one another, the parent’s relationship, Rachael and me, and the parent’s vis-à-vis the kids. I just think they’re well-written relationships.

Rachael: I can say yes to that and then also, my favorite thing is just rehearsing and trying to find the best things that we can. I find the rehearsal process for the show has been really fun and really collaborative.

Chris: Good answer. Damn, I wish I thought of that!

Rachael: I know. I know. But really, the fun part is making it work. You’re not in control of the outcome or what other people think, but I know we’ve had a really good time making it. So, that’s been the best part so far.

Chris: She’s smart. She’s savvy. She’s unaffected. She has a very—there’s a clarity about who she is, what she wants, what she’s doing, and on top of that, she’s very kind to my daughter and takes her out to do “girl” stuff. So, that’s pretty cool….

On one of the episodes, she is berating her mother, Rachael Harris, about cooking little pigs in a blanket, frozen pigs in a blanket, and her line is, “Mom, really? Be better.” Well, that made me laugh so much, as well as my daughter who was on set that day.

My daughter actually made up sweatpants for Christmas for each of us which on the butt says, “Meloni” and on the front panel, it says, “Be better.” Claudia inspired that Christmas gift for the Meloni family. So, we always have her around the house basically.

On an “American Gladiator” inspired scene in episode two of the series:

Chris: That was a lot of fun to do. It was pretty precarious to be tethering on top of furniture while hurling broomsticks around with pillows attached to the ends. Those three guys, my son and his two buddies on the show, are always grab-assing around anyway. So, it gave me a nice, fun opportunity to get in there and basically “play with the boys.” So, that was a lot of fun.

On what fashions from the 1990’s make Rachael cringe:

Rachael: For me, it would be acid wash jeans, but it wasn’t just acid wash. It was the fact that they were like regular jeans and they had a flap that came up like as a cinch. Like a belt that went all the way up to the bottom of your rib cage. They were like stylish mom jeans, and we all wore them and thought that they were amazing.

On educating the young actors on set about the 1990’s:

Chris: First of all, we’d break them to the news that there was a time in history where cell phones and computers were not there, and they really couldn’t wrap their heads around that. So, we pulled out a PowerPoint presentation for them. Rachael?

Rachael: That just made me laugh. Yes, we did do that, but then also, they didn’t recognize a lot of the music from the ‘90’s. Like the makeup and hair people, we’d be singing songs from the ‘90’s, and we’d be like, “Oh, that’s so amazing” and we would just get blank stares from Claudia Lee. Connor’s pretty hip. Connor, I feel like, kind of knew the music, but the other boys, Kevin Hernandez and Tyler Foden, their eyes would glaze over, like, “Yes, look at these old folks talking about the ‘90’s,” which was hard.

On whether Chris’ parenting strategies are anything like his character’s:

Chris: One hundred percent accurate and the same. I mean, I don’t change. I leave the house and arrive with the same skills and my little bag of tricks, and I go home, same skill-set.

On how their on-screen marriage differs from most sitcom marriages:

Rachael: Well, first of all, I think what’s different is kind of no eye rolling, and I never put my hands on my hips, like, “Oh, Jack, what are you doing?” because obviously, he’s taking up parenting as I go back to law school. But, I think the thing that’s great about our relationship is they really love each other. They don’t feel put upon by each other. I’m not the ball and chain, and he’s definitely not this man that I don’t respect.

On their chemistry as a married couple on the show:

Rachael: I really, really like Chris, and I admire him. I like his work, but I also like the way he talks about his family, and I love the way that he talks about his kids. And for me, that was really appealing. So, I think that when you genuinely like someone, you have chemistry with them.

Chris: I feel like our angles of how we go about getting to what’s funny to each of us is different, but we both understand “funny.” What tickles our funny bone is in the same area. It overlaps, but it’s also a little different, and I found that very appealing. The bottom line was she’s obviously very funny and understands what funny is and has great timing.

On how they differ from their characters:

Chris: I’m taller than “Jack” in real life, but past that, our parenting styles are exactly similar.

Rachael: I don’t have kids in real life and “Joanne” has two. I’m really just not old enough to have children that age in real life, and I’m kidding…. And then, I think that “Joanne” likes to rock a lot of shoulder pads on the show, and I don’t.

Rachael: All right, I do. I do wear them.