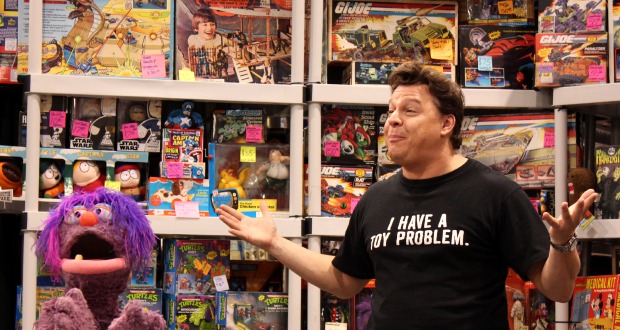 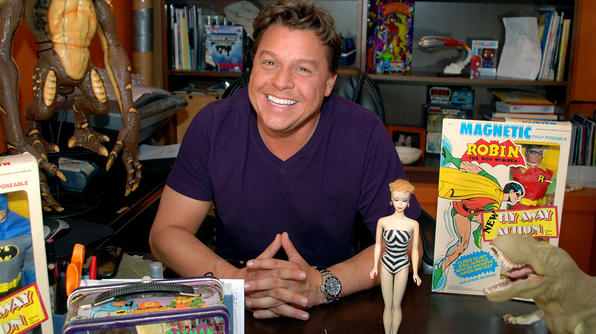 People always tells me what a great job I have. I agree. It’s pretty awesome. Of course, there’s a lot of behind-the-scenes stuff involved with running the Reel Life With Jane empire. Going to movies and watching TV shows and writing about them is just a small part of everything that goes on here every day. But I can’t complain. I created and built the perfect job for me.

Know who else has a great job? Jordan Hembrough, host of the Travel Channel’s “Toy Hunter.” He started early, selling toys to his friends in school, and by 16, he began buying and selling toys professionally and never looked back.

The New Jersey native spent seven years as a buyer for an international chain of comic book/Sci-Fi themed retail stores, specializing in the procurement and allocation of collectible toys. In 1998, he founded Hollywood Heroes where he both sells collectible toys and film props to the collectible market and offers consulting services to toy and entertainment companies.

It’s been 20 years and Hembrough still gets a thrill from the vintage toy industry. “It’s the hunt that has always driven me,” he says. “The next cool find is always right around the corner.”

I know there’s a lot of administrative stuff that happens to make his career viable, but it looks like a lot of fun, too. Can you imagine getting paid to hang around with all your favorite toys from when you were a kid?

Here’s a clip of him digging for “Star Wars” memorabilia. I only wish I’d had the foresight to collect lots of “Star Wars” stuff when the movie was first released.