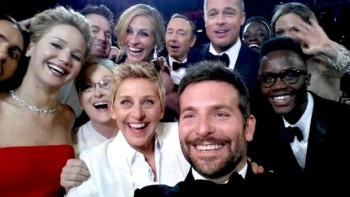 The 2014 Oscars are in our rear-view mirror, and I think it’s one of the best Academy Awards shows in recent years.

Ellen DeGeneres was fun, witty and gave the whole affair a party feel. And while Gravity took home lots of awards, it wasn’t a total sweep, and the little gold statues were spread around to assorted movies, stars, directors and crew, including Jared Leto, Cate Blanchett, Matthew McConaughey, and Lupita Nyong’o, and films “12 Years a Slave,” “Dallas Buyers Club,” “Frozen” and “Her.”

And, of course, there was that epic selfie. And the pizza delivery.

Here are some of the best and worst moments that stood out for me. Leave your thoughts in the comments below.

Best Opening Monologues: Ellen DeGeneres killed the opening monologue. Funny, honest, serious and irreverent, she tackled everything from Hollywood’s obsession with youth, Jennifer Lawrence falling down, the Hunger Games-like quality of the awards season, sex at the rodeo, Liza Minnelli impersonators, possible Oscar racism and Jonah Hill in “The Wolf of Wall Street.” She said she hasn’t seen one of those in quite some time.

Best Speech That Covered a Lot: Jared Leto, who totally earned that Supporting Actor award for his amazing performance as Rayon in “Dallas Buyers Club,” doubly earned it by saluting his mom, his brother and the folks in troubled places like Ukraine and Venezula, as well as paying tribute to people who had lost the battle to AIDS. Oh, and he managed to plug his band “30 Seconds to Mars,” too.

Best “Let’s Get This Party Started” Song: Pharrell Williams’ hat was awesome (yes, I said awesome), and the “Happy” singer underneath the lid got a trio of amazing dancing performances out of Nyong’o, Meryl Streep and Amy Adams. Is there an award for that particular performance? Let’s call it the “Happy Award.”

Worst Cutaway Shot With an LSD Joke: We loved seeing Jim Carrey introduce a tribute to animation, but during his kooky monologue, which included a disturbing — and ok, funny — Bruce Dern impression, he made a joke about LSD. Did the telecast director seriously mean to cut to the guys in U2 at this point? Let’s take stock: They’re avid humanitarians, promoters of positive change in the world, and nominated for an Oscar for writing a song about the late Nelson Mandela. But the rock band gets the drug joke reaction shot. Ok, whatever.

Best Selfie. When Ellen gathered together a group of A-List stars for an Oscar Selfie — including Jennifer Lawrence, Jared Leto, Brad Pitt, Meryl Streep, Julia Roberts and more — everyone cheered and Twitter broke.

Most Strangely Intimate Moment: Matthew McConaughey and Kim Novak introduced animated shorts like “Get a Horse,” but had a weird breathy, rambling, close-talking sexytime intro. Get a (Screening) Room?

Best Comeback: Ellen DeGeneres for, well, everything. But we loved when she came back onstage at the wrong time — on purpose — for a joke about the importance of hitting your mark. And that Glinda the Good Witch outfit? Awesome.

Best “Quiet Things Down” Moment: Karen O’s rendition of the “The Moon Song” from “Her” was beautiful.

Best A Capella Moment: Darlene Love, one of the subjects of documentary winner “20 Feet From Stardom,” brought the house to its feet with a joyous, a capella version of “His Eye Is On the Sparrow.”

Best Kiss: Brad Pitt kissing Angelina Jolie on the forehead after a clip of the “Unbroken” director accepting her Jean Hersholt Humanitarian Award.

Most Respectful Pairing of Presenters: Angelina Jolie and Sidney Poitier were gracious, respectful of each other, and just plain amazing together as they approached the stage together to introduce the Best Director award. “It is my honor to present the Oscar for best director, alongside a legendary artist,” said Jolie. “Since you graced our screens more than 60 years ago, your talent and integrity have shattered barriers and inspired audiences everywhere…” That was probably the end of the teleprompter read for that particular segment, but then she turned to Poitier and added emotionally, “And for that, my friend, we are very, very much in your debt.” So touching.

Nicest Shout-Out: U2 may be a huge, iconic rock band up for an Oscar, but they offered up a sweet shout-out to singer Darlene Love at the end of their performance of “Ordinary Love.”

Best Acceptance Speech: As expected, Lupita Nyong’o won Best Supporting Actress for “12 Years a Slave.” She gave a sweet, thoughtful and moving speech, and won our hearts (again) with her endearing spirit.

Best. Pizza. Party. Ever. Sure, you thought, Ellen ordering a pizza for the assembled stars would be funny, and it was. But then the pizza delivery guy showed up, and Brad Pitt helped pass out plates and even Harrison Ford got a slice. The whole thing was funny and normal and capped off by Jennifer Lawrence enjoying her slice while the academy president addressed the crowd.

Best Shout-Out from Bill Murray: While presenting an award with Amy Adams, Bill Murray slipped in a tribute to his “Ghostbusters” co-star, the great Harold Ramis.

Best McConnaissance Speech: When Matthew McConaughey accepted his Best Actor award for “Dallas Buyers Club,” his speech was part religious revival, part TED talk, part existential New Yorker short story about being your own hero, and part just a chance to say, “Alright, alright, alright” one last time during awards season. And that was all right with me.

Best Poignant Songs. Pink and Bette Midler crooned “Somewhere Over the Rainbow” and “Wind Beneath My Wings” and not only brought down the house, but Midler even made herself cry. I was crying too. You probably were too. Weren’t you?

Best Montages: The crew who put the montages together — from “Jaws” to “Braveheart” and a zillion movies in between, deserves an Oscar. Or at least a directorial debut.

Most Creative Mispronunciation: Ok, let’s call it what it was. John Travolta didn’t mispronounce Idina Menzel’s name. He turned her into someone different. Who’s a real person. Idina turned in her usual amazing performance of “Let It Go.” [UPDATE: It’s unclear whether Adele Dazeem is a real person or someone who materialized from the mind of Perez Hilton; we’re going with the latter. Maybe Travolta just needs new glasses…?]

Best Use of Vintage Typewriters: N Mine’s still in the basement, but all the other vintage typewriters apparently were used as set dressing when the writing awards were handed out. Notably, they all seemed to be filled with mostly blank sheets of paper, which seemed kind of appropriate. Oh, and when Robert De Niro said, “The mind of a writer can be a truly terrifying thing…” and then mentioned “caffeine-addled” and “self-loathing” in the same breath, writers everywhere cheered silently. Then took another sip of coffee.

Best Way to End an Awards Show: Well, after three and a half hours, any ending is a great ending, but having Brad Pitt introduce director Steve McQueen and the cast of “12 Years a Slave” was inspiring, as was McQueen’s speech which included a shout-out to the historian who had kept Solomon Northup’s story from being forgotten and ended with McQueen joyously jumping around and hugging the cast.

So, I loved the 86th Annual Academy Awards. How about you?