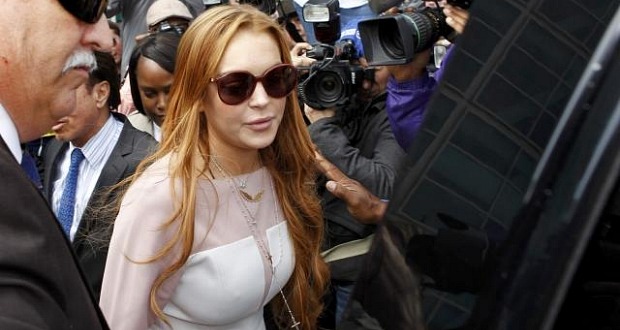 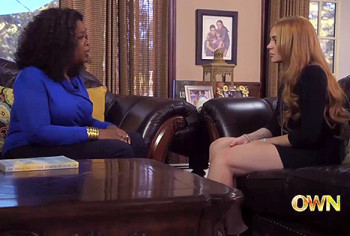 I have this weird, somewhat obsessive need for Lindsay Lohan to turn her life around. I’m not sure why, but I just feel like she’s right on the edge of getting back on track – and I SO want her to get there.

Oprah must feel that way, too, because she gave the troubled young star her own docu-series, “Lindsay,” on the OWN network. The show follows Lindsay as she returns to New York City, reunites with friends and family, and works to stay on track, despite all the demands of fame.

But as seen in the official trailer for the show, Oprah realizes that it’s going to be a tough haul. There’s just a lot of baggage there. Tears, fights, complaints from crew members, an emotional confrontation with her dad, Michael Lohan, and a tense conversation with Oprah about her behavior and future are all covered.

She goes on to say that she feels like a prisoner in her own life “all the time.” At one point, a voice off-camera asks Lohan’s sober coach if she’s still sober post-rehab. He can’t find the words to answer, which is troubling.

“This is exactly what everybody said was gonna happen. And I believed differently,” Oprah says when someone tells her about all the problems Lohan is causing. “She doesn’t understand …This is your life.”

The trailer then cuts to the media mogul sitting across from Lohan and telling her to shape up. “My truth is that I really do want you to win. If that isn’t what you want, I’m okay with that. I will tell these guys to pack up and leave today,” Winfrey tells the “Canyons” actress. “You need to cut the bullsh*t, you really do.”