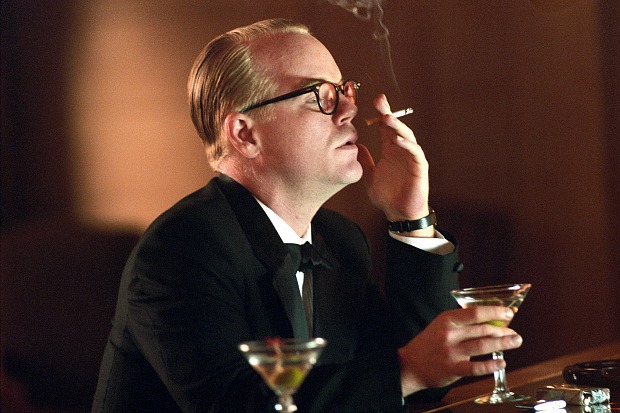 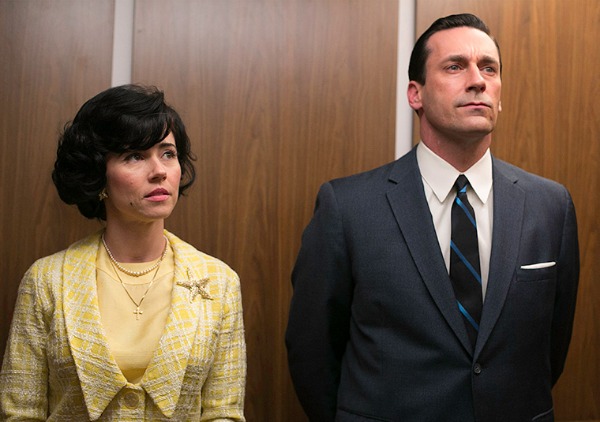 At the beginning of every month, Netflix sends me an email about which new movies and TV shows they’ve added to their library. Which is cool, because it tells both me — and when I write it up, you — what’s new on the streaming service.

Some, like this month’s “Serpico,” may have been on Netflix previously, then dropped, then added back. I’m not sure how they figure out what to drop and add, and when to do it.

Also, if you haven’t seen “Capote,” starring Philip Seymour Hoffman (R.I.P.), it’s on Netflix as of March 1, along with one of my favorite movies, “The Station Agent.”

Dirty Dancing (1987). Patrick Swayze, Jennifer Grey, Jerry Orbach, Cynthia Rhodes, Jack Weston, Jane Brucker, Kelly Bishop. Expecting the usual tedium of summer in the mountains with her family, 17-year-old Frances is surprised to find herself stepping into the shoes of a professional dancer — and falling in love with the resort’s free-spirited dance instructor.

Flyboys (2006). James Franco, Martin Henderson, David Ellison, Jennifer Decker, Jean Reno, Tyler Labine, Abdul Salis. Farm boy Blaine Rawlings and his fellow soldiers become the world’s first fighter pilots when they join the Lafayette Escadrille, a squadron of Americans who are volunteering for the French military at the dawn of World War I.

Pokémon the Movie – Black: Victini and Reshiram (2011). Sarah Natochenny, Eileen Stevens, Ikue Ohtani, Jason Griffith, Nana Mizuki, J. Michael Tatum. When misguided wanderer Damon nabs the mythical Pokémon Victini to harness his power, Ash attempts to rescue Victini and save Eindoak Town. But first, Ash must pass a test that will earn him the help of the legendary Pokémon Reshiram.

Roman Holiday (1953). Gregory Peck, Audrey Hepburn, Eddie Albert, Hartley Power, Harcourt Williams, Margaret Rawlings. Princess Ann leaves her guardians, and while in Rome, she’s taken under the wing of tabloid writer Joe and his photographer sidekick. She thinks the boys don’t know who she really is, but they’re onto her — and sense a sensational story.

The Blair Witch Project (1999). Heather Donahue, Joshua Leonard, Michael Williams. Three student filmmakers march into the woods to make a documentary about the fabled Blair Witch, who’s credited with a string of murders dating back 200 years. But when the trio loses their way, they find themselves besieged by a malignant terror.

The Ice Storm (1997). Kevin Kline, Joan Allen, Sigourney Weaver, Tobey Maguire, Henry Czerny, Christina Ricci, Elijah Wood. Prep-schooler Paul Hood (Tobey Maguire) returns home for Thanksgiving weekend and finds his family about to implode. While his father (Kevin Kline) tries to douse his sorrows with booze and infidelity, Paul’s mother (Joan Allen) looks for answers in self-help books. The experimentation and liberalism that defined the 1970s lead to ruin as the family’s environs literally freeze over during a freak storm in this insightful drama helmed by Ang Lee.

The Station Agent (2003). Peter Dinklage, Patricia Clarkson, Bobby Cannavale, Raven Goodwin, Paul Benjamin, Michelle Williams. When his only friend dies, a man with dwarfism relocates to an abandoned train station in rural New Jersey, intent on living the life of a hermit. But his solitude is interrupted by his colorful neighbors.

Vanilla Sky (2001). Tom Cruise, Penélope Cruz, Cameron Diaz, Kurt Russell, Jason Lee, Noah Taylor, Tilda Swinton. Freewheeling publishing heir David Aames has it all: wealth, good looks and a gorgeous socialite on his arm. But when his face is horribly disfigured in an auto accident, Aames loses everything … or does he?

While You Were Sleeping (1995). Sandra Bullock, Bill Pullman, Peter Gallagher, Peter Boyle, Jack Warden, Glynis Johns, Micole Mercurio. Sandra Bullock plays a transit worker who pulls a commuter off the tracks after he’s mugged. While he’s comatose, his family wrongly assumes she’s his fiancee and she doesn’t correct them … and then she falls for his brother.

Sweetwater (2013). Ed Harris, January Jones, Jason Isaacs, Eduardo Noriega, Stephen Root, Jason Aldean, Vic Browder. A pioneer woman is forced to fight for what’s hers when her husband disappears and a calculating preacher makes a play for her land. With support from an offbeat sheriff, she sets out on a path of vengeance.

Spy Kids 3: Game Over (2003). Antonio Banderas, Carla Gugino, Alexa PenaVega, Daryl Sabara, Ricardo Montalban, Holland Taylor. In the continuing adventures of the two spy siblings, Carmen gets caught in a virtual reality game designed by the kids’ new nemesis, the Toymaker, and it’s up to Juni to save her by battling through the game’s levels.

Rectify: Season 1. Convicted of rape and murder at age 18, Daniel Holden spends nearly 20 years on death row until DNA evidence finally brings the verdict into question. Now, Daniel must learn to live as a free man in a town where people still think he’s guilty.

Star Wars: The Clone Wars: Seasons 1-6. Set after the events in Episode II: Attack of the Clones, these animated entries in the Star Wars sagas follow the adventures of the Jedi knights, including Anakin Skywalker — who draws ever closer to the dark side — and his master, Obi-Wan Kenobi.

Breaking Amish: Season 1. From flying in a plane to using cell phones and electricity, Breaking Amish will follow this group’s unforgettable roller coaster ride in New York City. Will they remain Amish or become English and face the consequences of being shunned?

Turbo (2013). Ryan Reynolds, Paul Giamatti, Michael Peña, Samuel L. Jackson, Luis Guzmán, Bill Hader, Snoop Dogg. A speed-obsessed snail who dreams of being the world’s greatest race car driver gets his chance when a freak accident imbues him with high-octane speed. But he soon learns he’ll need the help of his friends if he’s going to go the distance.

Max Steel. Maxwell “Max” McGrath is thrown into a new life after moving with his mother to the small city of Copper Canyon. There, he meets new friends, bullies — and supervillains hunting him down for a power inside him called turbo energy.

American Dreamz (2006). Hugh Grant, Dennis Quaid, Mandy Moore, Willem Dafoe, Chris Klein, Jennifer Coolidge, Sam Golzari. For the first time in four years, President Staton picks up a newspaper and becomes a virtual hermit as he begins questioning his narrow worldview. To get him back in the limelight, his chief of staff books him as a guest judge on a TV talent show.

Mr. Nobody (2009). The last mortal in a world of immortals, Nemo Nobody begins reviewing his life at the age of 120, trying to determine if he made the right decisions. Potential choices during a pivotal moment on a train platform lead to several possible lives.

The Big Wedding (2013). Robert De Niro, Katherine Heigl, Diane Keaton, Amanda Seyfried, Topher Grace, Susan Sarandon. A long-divorced couple feigns years of wedded bliss to please a special guest at their son’s nuptials: his birth mother. As the hoax spins out of control among family and friends, it leaves behind a poignant and funny tale about the ties that bind.

Adventure Time: Season 2. Young Finn and his shape-shifting dog buddy, Jake, have a series of surreal adventures as they journey through the postapocalyptic Land of Ooo, encountering odd situations that involve even odder characters in this quirky animated series.

Johnny Bravo: Season 2. Dim-witted, tall-haired Johnny Bravo finds a foul-mouthed mermaid, summons the devil and gets thrown into a women’s prison in Season 2. But the self-proclaimed ladies man will have to confront his greatest fear: a styling gel shortage.

Mad Men: Season 6. Set in 1960s New York, this series takes a peek inside an ad agency in an era when the cutthroat business had a glamorous lure. When the cigarette smoke clears and the martinis are set down, at the center of it all is womanizing ad man Don Draper.