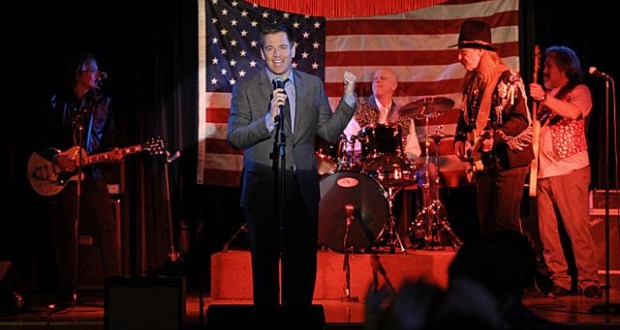 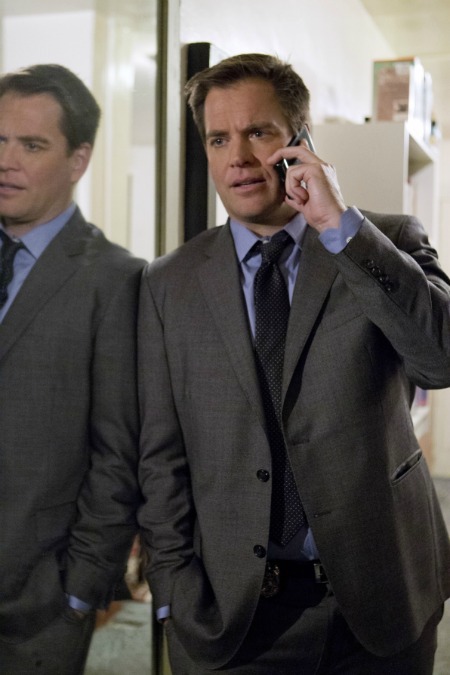 Not bad, this episode. Not bad. I’m not entirely sure why, but it felt a bit more like old school “NCIS.” That thing that has been missing (besides Ziva) … the sort of indescribable thing, like an x factor, is not back, but this was definitely better. Every now and then, that happens. Like with “Devil’s Triad,” which was, in my opinion, one of the better episodes of this current season of “NCIS.”

Anyway, I thought the beginning was hilarious, with Tony’s father forcing Tony to plan his wedding and McGee knowing about websites that can help you do that. How do you know about those websites, McGee?! Tony was so off his game, or he would have interrogated McGee about this. And all of them looking at those folded napkins when Gibbs walked in. Brilliant.

The case was interesting. It was great how they set this up so that it looked like someone was out to kill Manheim Gold, the old rock star that never quite made it and now has stage fright, but in the end, that’s not at all what it was about.

I called out Luke Pischedda as the ‘guy that did it’ the second I saw him and he said “Oh my God.” He just seemed guilty. But of course, at that moment, I did not yet know why he did what he did. And that, in the end, was surprising, since everyone was trying to find motive for trying to kill Manheim.

Like I said before, throughout the whole episode, the focus was on Manheim. Somebody was out to kill him. But in the end, three different things were going on. First, he was being followed, but it turned out to be his son, whom he didn’t even know existed. The kid kept coming back to Manheim’s dry cleaning business and would have the same suit cleaned over and over again, even though it hadn’t been worn. Danny wasn’t thinking straight, or he would have realized this seemed suspicious.

Secondly, somebody messed with his breaks. This turned out to be his former agent, Ronald Mustard. Ronald did actually try to kill Manheim … but he did not plant the bomb that went off at the beginning of the episode. That bomb is number three. It was in Manheim’s dressing room, making it seem as if it was meant for him. As it turns out, though, it wasn’t meant to kill anyone (surely the two victims would be glad to hear that). The bomb was meant to simply move the charity concert to another venue; a certain complex at Pax River.

Pischedda had embezzled a lot of money back in 2003 when he worked as a contractor for a private military company. He buried it near this complex at Pax River, but the ground was covered with concrete during construction. So it turns out that Pischedda had been working out a plan to get the money back for years! He had the concert moved to this venue so that the noise would cover the sound of the drills.

Now, who else says they should bring Manheim back sometime?

On to the next subject. Palmer. My poor heart! He cried! I have learned that I cannot handle Palmer crying. It’s just so sad that they’re not getting their baby. But it will work out. They will find another one. Or perhaps have their own baby, after all. I’m glad Gibbs talked to Palmer. Jimmy looks up to Gibbs so much. He needed that.