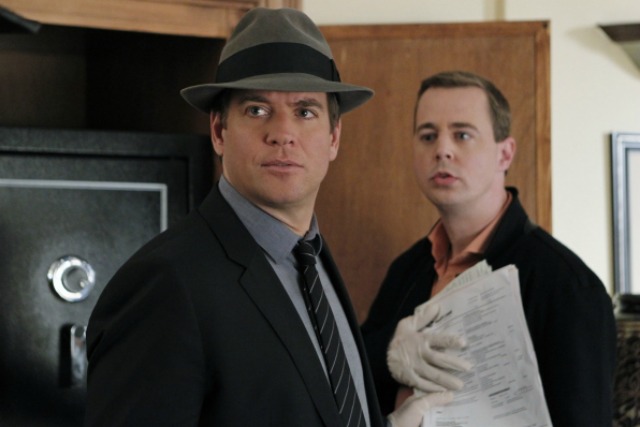 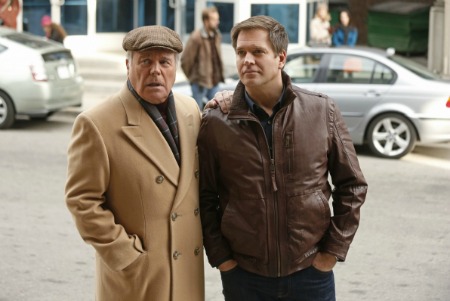 Episode 250 of “NCIS”! What a great achievement. It seems like episode 200 was just a few months ago to me.

Okay, let’s start with the case. I thought the writing was pretty strong this week. I didn’t figure out what exactly was going on and who was involved until it was nearly over. That’s good. It was complicated and, in my opinion interesting. It also had some good ingredients, such as politics and a private investigator. And Anthony Dinozzo Senior.

This episode made me think how the beginning is often telling and really sets the tone for a good or not-so-good episode.

The way Tony noticed there was something wrong with the man in the Navy uniform (due to details on his uniform) was a great idea. I also liked that this episode  of “NCIS” started out with catching (and, in this case, killing) the bad guy. But who he was and what he had done still needed to be uncovered. Mixing things up a little.

As for Dinozzo Senior, I always love it when he makes an appearance. Haven’t always loved the character, but he makes for some interesting scenes.

I can’t tell you how relieved I was to find out that Senior’s fiancé was not the young, pregnant woman, but her mother. I do hope that they’ll be happy. And I hope that Tony will come to peace with it, too, and be able to enjoy seeing his father happy, truly happy.

Something I couldn’t help but notice is when Senior told Tony he had “found his soulmate,” Tony looked more sad and hurt than anything. That’s not what I would initially expect. Given his past responses to things Senior said or did, I would expect him to look annoyed and frustrated, give a good eye roll.

There are two ways to interpret this. We’ve never (I believe) seen this happen before; Senior telling Tony he was getting married and had found his soulmate. So it could be a quick flash to younger Tony who’s been through this a few times before and has always been disappointed and thinks of his mother in such a moment. It could also be that the word soulmate made him think of Ziva. Or it could be a combination of both.

I loved seeing this. Even though, of course, I do not enjoy seeing Tony hurt. But it’s been a while since we saw anything, really. It made me remember when Tony told Ziva all about his mother last year. The Little Prince… Good times.

Overall, this episode wasn’t bad. But yeah … it’s not what it used to be. If only there would at least be some sense of direction with this show. I mean, there’s probably seven or eight episodes to go before the season is over, and  everything seems so lost. Still, every week after watching “NCIS,” I will mutter: Please let them bring Ziva back. Please, please, please.

Of course, it is not just her absence. It’s the writing, too. However, even if the writing was great all the time, it still would not give the show the same feeling it had before. I do seriously believe that Ziva was the glue. The show was not only about her, and it shouldn’t be, but she is the missing piece in the puzzle. Everything worked when she was there. It was smooth, it was complete. Maybe it’s not something that can really be explained. I can’t find words for what I’m trying to say, exactly. It’s a feeling.

What I do know, is that I’m not the only one who feels it. Just look at the “NCIS” facebook page, for instance. Almost anything posted there gets reactions asking for Ziva back. A lot.

Lastly, I completely forgot to mention how sad I was to hear about Ralph Waite’s death in my last recap. I only knew him from “NCIS,” but I know that when my parents first saw him  on this show, they recognized him immediately from “The Waltons.” It seems to me that he must have been quite a character and very well loved. I absolutely adored him as Gibbs’s father and am really sad that we won’t see him again. I hope the show can say goodbye to him properly. He deserves that.