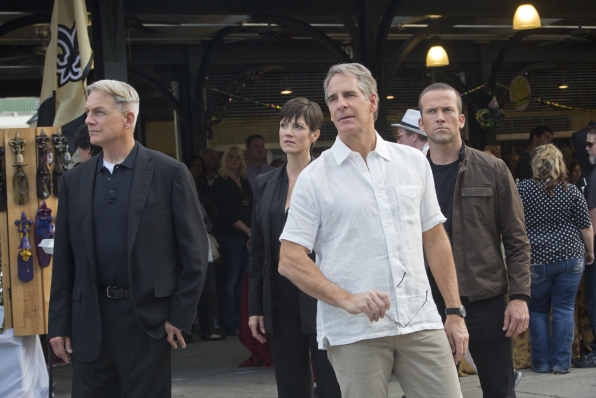 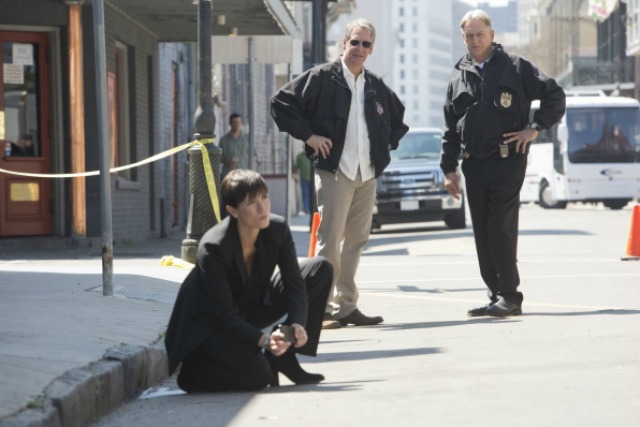 Interestingly, this episode took us to a location where “NCIS” had never been before. New Orleans. Seems like a nice place.

Due to the murder of former NIS agent Daniel McLane, who worked together with Mike Franks, we meet agent Dwayne Pride (called King by most), agent Chis Lasalle, and agent Merri Brody. (I will be honest and say I had trouble understanding what Lasalle was saying at times.)

McLane was Pride’s mentor like Franks was Gibbs’. Gibbs and Pride know each other from back when they were probies. From what I understand, Gary Glasberg might create a spin-off (“NCIS: New Orleans”) with this team. In principle, I am never a big fan of spin-offs, but it might work.

Pride comes to D.C. and to Gibbs because he thinks there might be a political motivation for the murder. McLane, after he retired from NIS, became a congressman. When Pride is in D.C., Lasalle calls in MTAC. He is there with the New Orleans medical examiner, Dr. Loretta Wade. They say the FBI came and took the body away. Dr. Wade had not been able to finish her autopsy. Tony “smells a conspiracy.”

“NCIS” and the FBI have to work together on this case, causing Fornell to join in. (Yay!)

The first thing they do is check New Orleans security cameras. McLane is seen at a hotel with a woman who Pride identifies as Sally Hammonds, a call girl. Sally says she was paid to talk to McLane and then leave town for a week. She says she doesn’t know why. Meanwhile, Fornell finds out that the FBI office in New Orleans is looking at old murder files and wonders what they are looking for.

Tony finds out that McLane was trying to stop the construction of a power plant near a North Carolina wild life refuge. Consequently, the team thinks he might have been killed because of this. They question Tom Speakman, a D.C. lobbyist for the power company. Speakman was trying to discredit McLane. However, he was in D.C. the entire time so he could not have killed McLane. Speakman does have a nephew in New Orleans — Petty Officer Abraham Lycek, who has been arrested twice before and is broke. His uncle might have hired him to do it. It turns out he has an alibi too.

When Ducky finally gets to examine the body, he says there are two stab wounds in McLane’s abdomen, besides his throat having been cut. This is the m.o. of a killer that McLane allegedly put away a long time ago; the privileged killer, Victor Lorta. He had committed five murders. Franks and McLane worked together on the case when Gibbs and Pride were probies. They now think there is a copy-cat killer out there. Motive unknown.

After an FBI agent in New Orleans is killed and found with a cut throat and two stab wounds in her abdomen, this really becomes a priority case. Gibbs, Pride, and Bishop go to New Orleans because that’s where the murders have all taken place. When they arrive in New Orleans, they hear from agent Brody that there are several other cases that link to McLane’s murder, all from the last 15 years or so. Somehow, nobody ever noticed before. That’s what the FBI was looking at.

Lorta always claimed he was innocent until the day he died. Now, I reckon I’m the only one thinking that Lorta probably was innocent and we’re really dealing with the original killer here.

At the end of this episode, Gibbs, Pride, Lasalle, and Brody were led to a place where the killer could watch them without being seen. He now knows who is after him. I’m really looking forward to seeing part two and finding out more. I want to know who this killer is and what he is up to.

I also really want to know what history Gibbs and Brody have! They know each other, obviously, probably from quite a long time ago. But whatever they know each other from is “classified.” Don’t you just hate and love that word simultaneously? I know I do.

Random thing I noticed: Abby has Ziva’s little Israeli flag in the lab. Has anyone ever noticed that before?

And did you all here something about Tony going to Paris at the end of this season? If it’s true, I am so excited about this! Obviously, all fans know what Paris means for Tony and Ziva … but could it be? I am also very much afraid of being hugely disappointed.