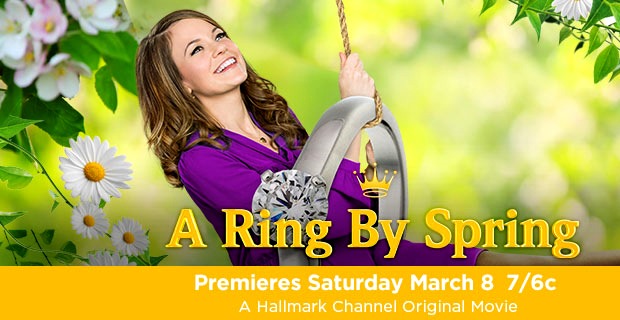 What’s on TV tonight? The Trip To Bountiful on Lifetime (read more about the White House screening here), A Ring for Spring on Hallmark, and Dateline: Real Life Mysteries on TLC. Here’s the rundown.

A Ring by Spring | HALMRK
A woman visits a fortuneteller and is told she will never get married if she doesn’t receive a wedding proposal by spring. As the soothsayer’s other predictions come true, the woman starts to believe the prophecy about not becoming someone’s wife.

Cops | SPIKE
Dealt a Bad Hand
A vehicle pursuit ends with a scramble of suspects; a complaint about a suspicious stranger is investigated; a man blames his erratic driving on a bad night of poker.

The Trip to Bountiful | LIFE – EDITOR’S PICK
An elderly woman embarks on a bus trip back to her hometown of Bountiful, Texas, against the wishes of her overprotective son and domineering daughter-in-law.

Black Sails | STARZ
VII.
Flint comes clean to Gates; Silver is put in a tough position by Randall; Eleanor experiences loss; Rackham gets help from Max; and Vane has a life-or-death encounter.

DATELINE: Real Life Mysteries | TLC
Deadly Desire
A love triangle and a deadly confrontation come into play in a case.

Ripper Street | BBC
Become Man
A female gang of kidnappers abducts a prominent member of the London County Council where Rose works. The investigation brings Drake back into contact with Rose, the woman who broke his heart.

When Calls the Heart | HALMRK
Change of Heart
Jack formally asks Elizabeth for a dinner date, which turns out to be a romantic evening at the café. Meanwhile, Elizabeth’s younger sister makes a surprise visit to Coal Valley.

DATELINE: Real Life Mysteries | TLC
Betrayal
The vanishing of a millionaire mother of two in California is investigated.

Timber Kings | DSC
Truck Overboard
The premiere of a reality series following a British Columbia company specializing in custom-built log cabins. First up: An 18-wheeler gets wrecked during winter construction in Ontario; a tree that’s 1000 years old is sold to an eccentric millionaire in Arkansas; and Peter makes a strong case for new equipment.