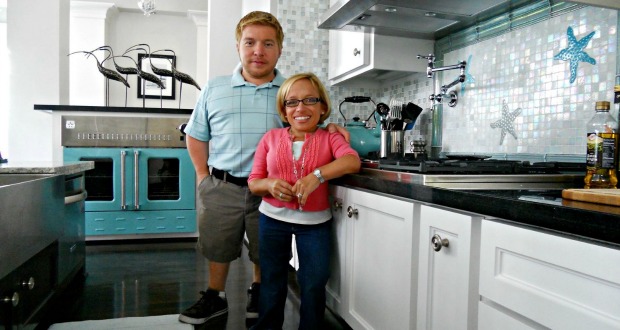 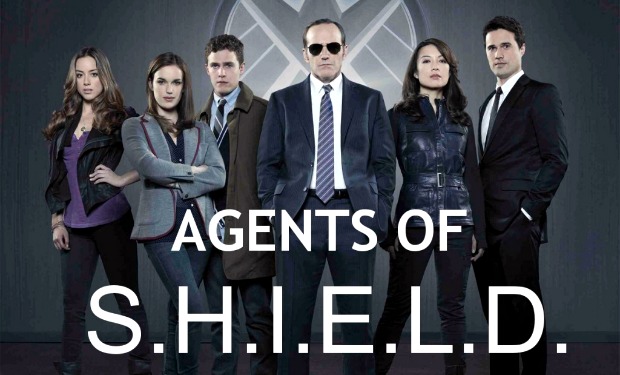 What’s on TV tonight? Glee, Marvel’s Agents of S.H.I.E.L.D., Rizzoli & Isles, NCIS, and a new season of The Little Couple. Here’s the rundown.

Amish Mafia: The Devil’s Cut | DSC
He Has Risen
Levi regains control in the Season 3 premiere. Meanwhile, Jolin and Alvin eliminate outside threats; and Merlin plots his revenge on Wayne.

Glee | FOX
Trio
Tina, Blaine and Sam plan a senior lock-in to celebrate their upcoming graduation, but things go awry when Becky joins them. Meanwhile, Elliot finds himself in the middle of Rachel and Santana’s fight.

Marvel’s Agents of S.H.I.E.L.D. | ABC
T.A.H.I.T.I.
Agent Coulson solicits help from Ward’s former S.O., John Garrett (Bill Paxton) on his mission to save Skye and discovers new information about himself and S.H.I.E.L.D. in the process.

NCIS | CBS – EDITOR’S PICK
Dressed to Kill
Guns are drawn when DiNozzo confronts a man impersonating a Navy officer and the perpetrator is left dead. The investigation reveals that the only witness is DiNozzo’s father, who is in town to disclose a secret to his son.

Pretty Little Liars | ABCFAM
Cover for Me
Emily confronts Ezra and Mona as she looks for answers. Elsewhere, Hanna tracks a new lead in Alison’s case after she speaks with the police; and Spencer and Aria turn to new men as they try to pick up the pieces of their lives.

The Originals | CW
Le Grand Guignol
Flashbacks to 1919 focus on Klaus revealing details of the devastating secret that Rebekah and Marcel tried keeping from him. Meanwhile, Elijah forms an unlikely alliance with Monique; and Hayley holds Sabine hostage in an attempt to get information that will reverse the curse on Phoebe’s werewolf clan.

Amish Mafia | DSC
De Rott
Levi is confronted by Amish leaders; Merlin sends a personal message to Wayne; and Esther tries to persuade Levi to bring John back into the fold.

Dance Moms | LIFE
No Solo for You
Abby gives Kendall a solo, much to the dismay of Kira who wanted Kalani to compete against Maddie, because she fears Maddie will lose. Also: Abby adds a dose of negativity to Holly’s new book on positive affirmations.

Face Off | Syfy
Ego Trip Abroad
A trip to Tokyo is followed by two extreme challenges inspired by the ancient culture of Japan.

NCIS: Los Angeles | CBS
Fish Out of Water
An explosion at a fish market is investigated. The team partner with an undercover DEA agent to determine whether it was an act of terrorism or a botched drug smuggling deal. Meanwhile, Granger and Kensi probe a helicopter crash in Afghanistan that may be tied to their ongoing search for the infamous white ghost.

New Girl | FOX
Sister III
Jess moves into Nick’s bedroom, but the cramped living quarters soon cause personal-space issues. Meanwhile, Cece suspects Abby is taking advantage of Schmidt; Coach thinks Cece is treating him like one of her girlfriends; and Winston tries to get fit.

Rizzoli & Isles | TNT
Just Push Play
A singer and guitar player is stabbed in a bar, and emerging details suggest the music artist had something to hide. Meanwhile, Jane’s father (Chazz Palminteri) arrives with shocking news.

Supernatural | CW
#THINMAN
Sam and Dean investigate a girl’s death that may be linked to a ghost. Their probe leads them to encounter Harry and Ed, two famous supernaturalists, who are also on the case.

The Little Couple: Big Updates | TLC
Countdown to India
In an enhanced episode, Bill and Jen prepare for their trip to India to pick up their adopted daughter, Zoey, but have a long list of things to do before they go.

Twisted | ABCFAM
Danny Idemnity
Danny and Jo are puzzled by a huge cover-up. Meanwhile, Danny acquires a large sum of money, putting a strain on his relationship with his mom; Jo asks her mother about the distance between her parents; and Tess reveals something new to Kyle.

About a Boy | starts at: 9:01 | NBC
About Total Exuberance
Will agrees to babysit Marcus so Fiona can go on a job interview, but a last-minute invitation to a party complicates the situation.

The Goldbergs | starts at: 9:01 | ABC
Goldbergs Never Say Die!
Adam goes on a “Goonies”-inspired treasure hunt for his grandmother’s missing jewelry, with the help of his siblings and friends.

Brooklyn Nine-Nine | FOX
Tactical Village
The gang participates in Tactical Village Day, a training course and competition for all regional precincts, where Amy runs into a former boyfriend. Meanwhile, Holt gets hooked on a phone game; and Rosa gets upset with Boyle after he fails to invite her to his wedding.

Growing Up Fisher | starts at: 9:31 | NBC
Blind Man’s Bluff
Mel must reveal he’s blind to his biggest client. Meanwhile, Henry is mistaken for being blind when he borrows Mel’s guide dog, and Joyce is validated as being cool by her grad-school study partner.

Carvers Carvers | Syfy
A team of skilled sculptors led by two best friends are followed as they carve larger-than-life masterpieces out of wood, ice, pumpkins, chocolate, sand and even meat.

Chicago Fire | NBC
Keep Your Mouth Shut
Severide grows frustrated when Vince Keeler goes free, but he maintains hope that justice will prevail. Meanwhile, the firefighters work to rescue a girl trapped inside a donation bin; Mouch learns not to cross Boden’s secretary; and the squad responds to a high-rise fire in a downtown office building.

Clash of the Ozarks | DSC
Gates of Hell
Crowbar seeks help when he learns his land is going up for auction.

Cougar Town | TBS
Too Much Ain’t Enough
Grayson tries to act cool in front of Travis’ hipster friends. Meanwhile, Bobby gets a new bag, but doesn’t feel comfortable carrying it; and Jules hatches a get-rich-quick scheme with Andy after receiving a big commission check. Directed by series star Josh Hopkins.

House Hunters | HGTV
D.C. Duo Can’t Agree on the Style of Their New Home
A couple have $600,000 to spend on a spacious fixer-upper with a yard for their dog and that’s close to downtown Washington, D.C., but the duo aren’t quite clear on what style of home would suit them best.

Ink Master | SPIKE
Bug Out
One artist snaps and intends to leave the competition, which features live poisonous scorpions, tarantulas and eyeballs.

Justified | FX
Whistle Past the Graveyard
Raylan pursues a missing member of the Crowe family.

Kim of Queens | LIFE
If You Can’t Beat ‘Em, Clog ‘Em
Addison and Maura enter a clogging pageant, and Kim calls in a favor from a renowned step-dancing coach. Meanwhile, Jo helps Allysin teach her son to drive.

Teen Mom 2 | MTV
These Are the Days
Kailyn has a meltdown; Aubree meets Adam’s new baby; and Jenelle discusses a plea bargain with her lawyer.

The Little Couple | TLC
Zoey Makes 4
A new season begins with Jen and Bill’s trip to India to pick up their adopted daughter, Zoey, but they wonder how Will will react upon meeting his new baby sister.

Tosh.0 | COMEDY
Daniel tries to turn American homes into public restrooms; and plays a game that will annoy censors. Also: A man who doesn’t take orders from women gets a Web Redemption.

Perception | starts at: 10:01 | TNT
Brotherhood
Lewicki’s brother is named a prime suspect in a homicide case. Meanwhile, Lewicki receives a tempting offer, leading him to question Pierce’s loyalty to him.

Person of Interest | starts at: 10:01 | CBS
RAM
The secrets of Finch’s operation before Reese joined him are chronicled, including revelations about ties to current events.

House Hunters International | HGTV
Longing for the Sea, Two Brits Invest Their Savings in Montenegro’s Budding Real Estate Market
A pair of married sailing enthusiasts contend with a booming real-estate market when they search for a $400,000 holiday home near the water in Kotor, Montenegro.