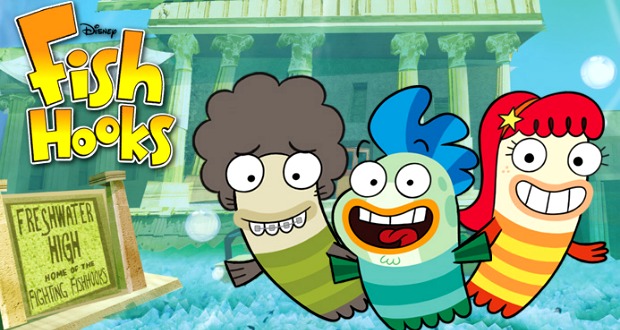 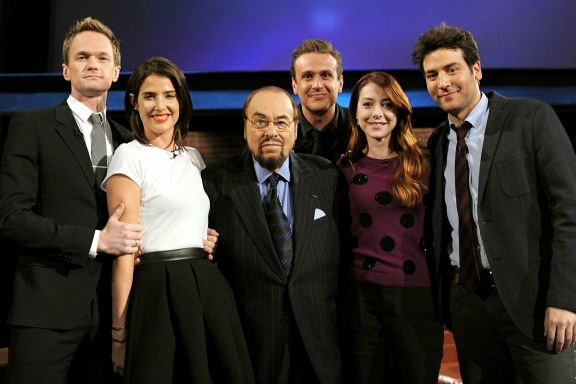 What’s on TV tonight? Basketball, Hell’s Kitchen, Scandal, Once Upon a Time in Wonderland, Fish Hooks, The Millionaire Matchmaker and more.

Also check out Surviving Jack and read Melanie Votaw’s report on the press call with Christopher Meloni and Rachael Harris. And the cast of How I Met Your Mother is on Inside the Actor’s Studio. Here’s the rundown.

Hell’s Kitchen | FOX
18 Chefs Compete
The remaining 18 chefs compete in a physical challenge involving pigs and potatoes. The winners earn a luxurious day on a yacht, while the losers must bathe the livestock from the challenge.

Once Upon a Time in Wonderland | ABC
To Catch a Thief
Cora coerces the Knave to hunt down Alice in a flashback. Meanwhile, Jafar has the Knave steal from Alice in the present day; the Jabberwocky tries to break free from Jafar; and Jafar’s old partner confronts him.

The This Old House Hour | PBS
Arlington Italianate Project 2014: Brick, Trim and Tile
A new front walk is installed; a custom profile for the chair rail is run; tiles are selected at a local showroom; a new four-panel interior door is fit into an old doorjamb; and the kitchen countertops, tile and copper vent hood are previewed. In the second half: replacing a shower valve; patching a hole in a baseboard; and maintaining a lawn mower.

The Vampire Diaries | CW
Rescue Me
Damon tells Elena some upsetting news about Jeremy’s personal life; Enzo opens up to Caroline about his past; Bonnie experiences an unsettling encounter with Luke; the mysterious leader of the Travelers appears after some terrifying events at a camp.

Chopped Canada | FOOD
Slippery When Wet
A lunch lady, a dinner-theater chef, a prodigal daughter and a small town cook with big city dreams try to get a grip on the slippery ingredients of smelts and smoky eel.

Grey’s Anatomy | ABC
Do You Know?
Cristina envisions two different scenarios for her life based on one crucial decision she faces. Meanwhile, a patient decides whether to live or die.

Here Comes Honey Boo Boo | TLC
New Year’s Revolutions
The New Year starts in a week, so the family scramble to fulfill their resolutions. Meanwhile, Anna’s boyfriend turns their attention to another kind of commitment.

Project Runway: Under the Gunn | LIFE
The Benefit of Fashion
The designers are paired with clients who have specific fashion needs. One designer faces an unexpected twist midway through the challenge.

Reign | CW
Monsters
Bash saves Francis’ life while they’re in the woods exploring the latest ominous threat. Meanwhile, Henry becomes obsessed with a servant who won a contest; Greer is seen kissing a kitchen servant; and Henry forces a new couple into a union.

The First 48 | A&E
Update Special: Burned Alive
An update on a case involving a Houston woman who was beaten and set on fire.

The Millionaire Matchmaker | BRAVO
“Make Time for Love” and “Betting on Change”
A professional sports bettor and a Las Vegas mentalist with six children are Patti’s clients.

Fish Hooks | DISNEY
Fish Taco; Freshwater Lives
The lives of the characters are explored through the perspective of a taco traveling across the Freshwater Mall food court; a time capsule is found and Milo uses it to bring back the richest person to ever live in Freshwater.

Surviving Jack | FOX – Editors’ Pick
Pilot
Jack Dunlevy goes from emotionally distant working father to taking a more active role in the lives of his two teenage kids when his wife, Joanne, goes back to law school in the series premiere of this comedy set in the 1990s.

Beat Bobby Flay | FOOD
Beauty and the Feast
Eden Grinshpan and Justin Warner work together to determine whether a farm girl or a city boy has the best shot at beating Bobby Flay.

Parenthood | NBC – Editors’ Pick
Fraud Alert
Joel and Sarah are in high spirits after finishing their projects at work; Adam cheers up a gloomy Max by taking him on a new adventure; and Amber treats Sydney and Victor to a surprise.

Review | CMDY-E
Celebrity, Batman
Forrest sleeps with a celebrity; and finds out what it’s like to be Batman.

Scandal | ABC
Mama Said Knock You Out
Fitz and Mellie’s kids join them for a TV interview at the White House. Elsewhere, Adnan seeks assistance from Harrison; and Rowan cautions Olivia to halt her investigation into B613.

Sirens | starts at: 10:01 | USA
Alcohol Related Injury
Johnny and Theresa agree to be friends with benefits; a drunken backyard game leads to injuries.

America’s Worst Tattoos | TLC
He Spelled My Kids’ Names Wrong!
In the Season 2 premiere, the product of an angry youth is tackled by one tattoo artist, while another’s client asks for a bio-mechanical panel. Also: A soldier honors his home state.