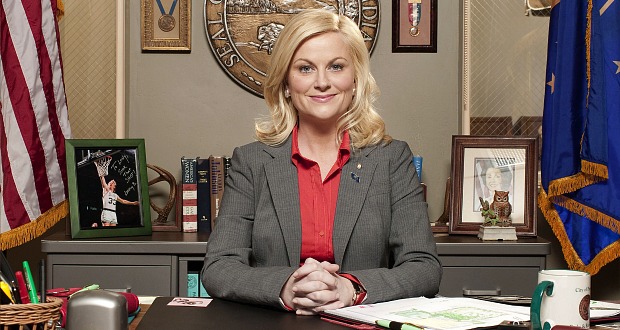 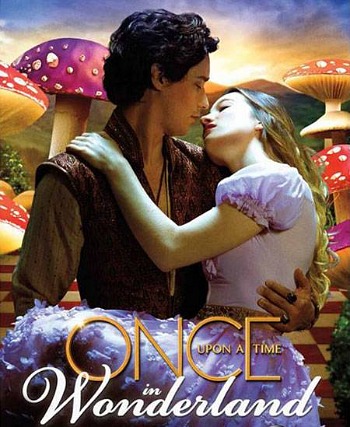 What’s on TV tonight? NCAA Basketball, Sirens, Vikings, Scandal, Grey’s Anatomy and Once Upon a Time in Wonderland. Here’s the rundown.

Community | NBC
Advanced Advanced Dungeons & Dragons
Professor Hickey announces that he has just become a grandfather. But since he and his son (David Cross) don’t speak to each other, the gang stage a game of Dungeons and Dragons in an attempt to get the two to reconnect.

Hell’s Kitchen | FOX
19 Chefs Compete
The 19 remaining chefs are challenged to a tricycle relay race, in which they must work in pairs to complete basic culinary tasks. The winners earn a trip to San Francisco, while the losers go carrot picking at a farm.

Once Upon a Time in Wonderland | ABC
Heart of the Matter
The Red Queen’s in jeopardy and only the Knave can save her, but the cost is high. Meanwhile, Alice and Cyrus learn shocking news about prisoners under Jafar’s control; and in a flashback, Anastasia prepares to marry the king and befriends Cora.

The This Old House Hour | PBS
Arlington Italianate Project 2014: Water Water Everywhere
A look at Spy Pond in Arlington, Mass. Also: installing a new water line; installing pre-finished Brazilian chestnut flooring; and fabricating and installing fiberglass gutters that look like historic wood gutters. In the second half: planting a low-cost privacy screen; and sealing ductwork from the inside.

The Vampire Diaries | CW
While You Were Sleeping
Damon tries to find the right way to make a disturbing confession to Elena; Caroline discovers a scary secret in Dr. Wes’ files; Enzo claims to have a solution everyone is searching for; Sloan reveals new information on the importance of doppelgangers.

Parks and Recreation | NBC
Galentine’s Day
A replacement BFF for Ann is sought by Leslie, who decides to throw an impromptu Galentine’s Day with new friends. Elsewhere, Tom and Ben try to make a deal on tents for the Unity Concert; and Ron looks after Andy.

The Real Housewives of New York City | starts at: 8:45 | BRAVO
First Look
A preview of an upcoming episode.

Chopped Canada | FOOD
The Sweet Taste of Success
Sweets show up in all three rounds when chefs from Quebec and Ontario compete. Ingredients include black licorice, candy-coated chocolates and a basket featuring woodsy and spicy flavors.

Grey’s Anatomy | ABC
We Gotta Get Out of This Place
Meredith gets an assistant to help with her vein project. Meanwhile, Richard receives a special birthday gift from Bailey when she allows him to scrub in on an extraordinary case; Callie surprises Derek; and a young pregnant mom seeks help from Shane.

Project Runway: Under the Gunn | LIFE
Crossing Teams
The designers are placed in pairs across mentor groups.

Reign | CW
The Darkness
A matchmaking event is held for the women in the castle, but Lola doesn’t want to take part in it. Meanwhile, Kenna grows frightened when Henry flies into another rage, so she turns to Catherine; and Bash learns firsthand about the horrors of the woods.

Saint George | FX
Why Can’t We Be Friends?

The Millionaire Matchmaker | BRAVO
“Frat Brat” and “Numb With Fear”
Patti’s clients are a 29-year-old financial adviser who wants to settle down, plus a 43-year-old cosmetic dentist from San Francisco.

Anger Management | FX
Charlie and His Probation Officer’s Daughter
A one-night stand gets Charlie into trouble.

Beat Bobby Flay | FOOD
Fighting Irish
A cancer survivor competes against a former rock star for the chance to beat Bobby Flay in the kitchen, but first they have to impress judges Giada De Laurentiis and Mo Rocca.

House Hunters | HGTV
A Young Couple Learns the Realities of House Hunting in L.A.
A twentysomething couple have big ideas but not a lot of money when searching for their first house together in a pricey Los Angeles suburb.

Parenthood | NBC
The Offer
Joel fails to pick up Victor from baseball practice due to a misunderstanding; Sarah waits with bated breath for a response from the advertising agency; Amber persuades Drew to take control of his life; and Max has trouble understanding his classmates during a field trip.

Review | COMEDY
Pancakes, Divorce, Pancakes
Forrest eats pancakes; and finds out what it’s like to get divorced.

Vikings | HIST
Eye for an Eye
Ragnar and Ecbert meet face-to-face; Rollo is forced to become a leader.

Sirens | starts at: 10:01 | USA
Famous Last Words
Brian and Hank relay the last words of a dying man; Johnny reaches out to his father after a seven-year estrangement.

House Hunters International | HGTV
Leaving It All for London
College sweethearts living the married life in Atlanta find that downsizing is hard when they follow a career opportunity to pricey London.