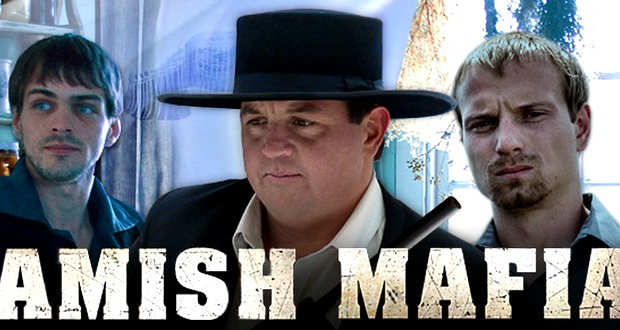 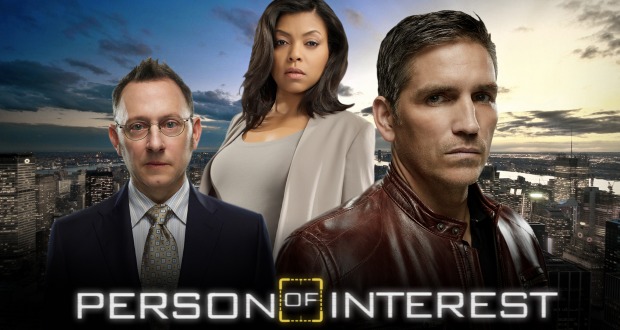 Marvel Studios: Assembling a Universe | ABC
Marvel Studios’ productions in film and television are examined through interviews, behind-the-scenes footage and previews of theatrical releases, including “Captain America: The Winter Soldier” and “Guardians of the Galaxy,” and the TV series “Marvel’s Agents of S.H.I.E.L.D.”

NCIS | CBS – EDITORS’ PICK
Rock and a Hard Place
A bomb explodes in the dressing room at a military charity concert. The NCIS team investigate to determine whether the target was a washed-up 1980s rocker or if the bomb was part of a larger scheme. Meanwhile, Jimmy prepares for fatherhood.

Pretty Little Liars | ABCFAM
A Is for Answers
In the fourth-season finale, the girls get answers about Ali and the night she vanished after they come face-to-face with her.

The Devil’s Advocate | TVGN
Al Pacino has a field day playing Lucifer disguised as the head of a law firm in this thriller about a lawyer (Keanu Reeves) who doesn’t realize his new boss is a real demon. Mary Ann: Charlize Theron. Eddie Barzoon: Jeffrey Jones. Taylor Hackford directed.

The Originals | CW
Moon Over Bourbon Street
Elijah makes a bold move to regain control over the Quarter and receives an intriguing offer of support from a beautiful woman who belongs to a powerful New Orleans family. Meanwhile, the Mikaelsons throw a lavish party in an attempt to bring the warring factions of the city together, but a vicious fight threatens the evening.

The Voice | NBC
The Battles Premiere, Part 2
The battle round continues. The advisers are Aloe Blacc, Jill Scott, Miranda Lambert and the Band Perry.

Making of ‘Silicon Valley’ | starts at: 8:15 | HBOe
A look at the comedy about computer whizzes toiling away at a tech company in California, hoping for an idea that will be the Next Big Thing.

Amish Mafia | DSC
Joining the Flock
Wayne gets revenge; John gathers information to use against Levi; and Merlin learns a new skill.

Chopped | FOOD
Dread and Breakfast
Breakfast, lunch and dinner are made by the competing chefs, who must prepare a morning meal from coffee cake and cream-filled chocolate eggs. Round 2 features fish dishes, and an emergency situation.

Face Off | Syfy
What a Dahl
The artists create never-before-seen characters based on books by children’s author Roald Dahl.

NCIS: Los Angeles | CBS
Between the Lines
The NCIS team search for a mole when a local gang is able to identify and execute an undercover agent. Meanwhile, Granger fears the worst when Kensi disappears in Afghanistan.

Rizzoli & Isles | TNT
You’re Gonna Miss Me When I’m Gone
A senator’s daughter is murdered, leading to an investigation that could put national security at risk. Elsewhere, Tommy falls back into old habits, stirring up tension with Frankie; and Jane reveals stunning news. The Season 4 finale.

Storage Wars | A&E
Flight of the Gambler
Montebello, Cal., is visited in the Season 5 premiere.

Supernatural | CW
Blade Runners
Sam and Dean get help from a former member of the Men of Letters to locate the First Blade, after Crowley falls off the wagon and starts injecting himself with human blood. To make matters worse, a demon betrays Crowley and tells Abaddon that the Winchesters are searching for the First Blade.

The Little Couple: Big Updates | TLC
The Unexpected
In an enhanced episode, Jen begins to feel ill on the way to New Delhi while she and Bill are in India to pick up their daughter, Zoey, and she must make a difficult decision that will affect the whole family.

The Real Housewives of New York City | BRAVO
Give Up the Ghostwriter
Aviva lands a book deal for her memoir and enlists Carole for help, but their lunch quickly turns awkward when discussing the issue of ghostwriters. Elsewhere, Sonja has dinner with Aviva’s former husband; and Aviva hosts a housewarming gathering.

About a Boy | starts at: 9:01 | NBC
About a Girl
Marcus asks Will for advice on how to get invited to a girl’s birthday party.

The Goldbergs | starts at: 9:01 | ABC
For Your Own Good
Murray and Beverly engage in a heated battle over the furniture and appliances in their house. Meanwhile, Adam asks Barry for help dealing with a bully on the school bus.

Twisted | starts at: 9:01 | ABCFAM
You’re a Good Man, Charlie McBride
Jo learns more about Danny’s past as she bonds with Charlie, and this alarms Danny. Meanwhile, Karen shares words of wisdom with Danny; Whitney proves to be a bad influence on Lacey; Tess gets assistance from Karen; and Kyle grows suspicious of Jack.

Brooklyn Nine-Nine | FOX
Unsolvable
Jake uses his weekend off to crack a cold case, with Terry’s help. Meanwhile, Amy plans a romantic getaway with Teddy; and Boyle learns a secret from Gina and Rosa.

Growing Up Fisher | starts at: 9:31 | NBC
Trust Fall
Mel and Joyce clash but learn a lesson about trust while dealing with a parenting decision for the first time since separating. Seeking respite from the family dramas, Henry pressures pal Runyen to allow him to sleep over.

Barry’d Treasure | A&E
The Candyman Can’t
Philadelphia is visited in the opener of this series, in which collectors search for rare items throughout the U.S.

Chicago Fire | NBC
When Things Got Rough
Severide feels moved to help the victim of a car accident because the man reminds him of his own past. Meanwhile, Casey and Boden wonder how they should dock Jones; Mouch and Dawson each deal with opposite-sex problems; and a heroic action has consequences for the squad.

Clash of the Ozarks | DSC
Let the Devil In
Tensions boil over between Crowbar and Marty.

Cougar Town | TBS
Refugee
Bobby’s boat disappears, so he and Jules assume their crimefighting alter egos, Blacktop and Gumshoe, to find it. Meanwhile, Grayson gives Andy advice on how to win over his new supervisor; and Laurie and Travis try to decorate her apartment.

Foxy & Co. | Syfy
Pilot
Eric Fox runs a creature-effects shop in Hollywood that employs his “Face Off” friends who, in the opener, work together to create dozens of zombies for an upcoming film and take on an inspirational assignment from the Susan G. Komen Foundation.

Teen Mom 2 | MTV
Miss You Much
Kailyn breaks down when she realizes her mom won’t be at her wedding; Chelsea takes Aubree to her first dance class.

The Little Couple | TLC
Bill finishes Zoey’s adoption in India by himself, but the family are soon reunited in Houston, where they face a difficult crisis together.

Tosh.0 | COMEDY
Daniel hires the Internet’s most offensive lawyer; and plays a strange game of pin the tail on the donkey. Also: A dog trapped in a man’s body gets a Web Redemption.

Wildest Things With Dominic Monaghan | BBC
Conclusion. Dominic counts down his wildest moments from Season 1, including an encounter with a huge centipede in Venezuela and getting caught in a flash flood in Namibia.

Perception | starts at: 10:01 | TNT
Obsession
Pierce is accused of stalking his girlfriend, putting his mental stability in doubt and his job on the line. Moretti teams up with a Canadian inspector to find the real stalker. The Season 2 finale.

Person of Interest | starts at: 10:01 | CBS
The Machine tasks Root to find a janitor who has a mysterious past. However, when her presence endangers him, the Machine sends his number to Finch as well.

Kroll Show | COMEDY
Banff Is on Fire
Armond moves in with his taxidermist dad; “Wheels Ontario” is changed by a shocking accident; Bobby Bottleservice confronts a cheater.