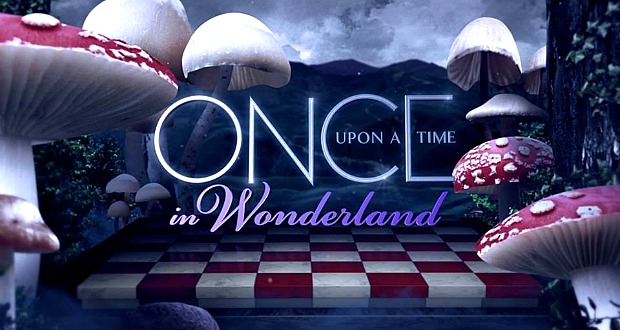 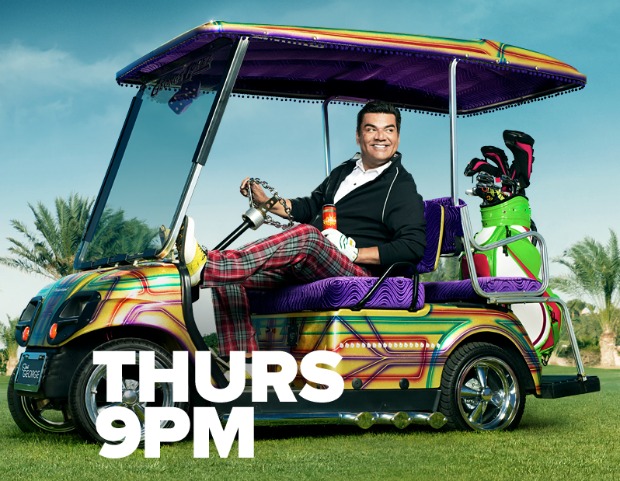 What’s on TV tonight? NBA Basketball (Rockets vs. Bulls; Lakers vs. Thunder), Community, Scandal, The Big Bang Theory, Saint George, and Once Upon a Time in Wonderland. Here’s the rundown.

NBA Basketball: Rockets at Bulls | TNT
Rockets at Bulls
Houston at Chicago. Kevin McHale’s Rockets have won four in a row over Chicago, including a 109-94 triumph on Dec. 18.

Community | NBC
VCR Maintenance and Educational Publishing
Jeff, Shirley and Professor Hickey stumble upon a secret stash of textbooks and decide how to monetize their discovery. Meanwhile, things get intense when Abed and Annie try to pick a new roommate.

Hell’s Kitchen | FOX – EDITORS’ PICK
20 Chefs Compete
Season 12 begins with Gordon Ramsay dividing the 20 new chefs into two male-female teams. In the first challenge, the teams must prepare their signature dish. The winners are treated to an exclusive dinner with Ramsay, while the losers are left to scrub down the kitchen.

Inside the Gangsters’ Code | DSC
The Camorra
Lou travels to Naples, Italy, where he meets with a secretive mafia group.

Once Upon a Time in Wonderland | ABC
Dirty Little Secrets
A flashback about Cyrus and his brothers reveals the high cost they had to pay to help their mother. Meanwhile, the Knave and the Red Queen encounter the Jabberwocky; and Cyrus’ guilt regarding the past affects his relationship with Alice.

The Big Bang Theory | CBS
The Mommy Observation
Howard and Sheldon tour NASA in Houston and pay a visit to Sheldon’s mother, who greets him with a surprise. Meanwhile, back at home, Raj surprises the rest of the gang with a murder-mystery game-playing evening that’s not the killer party he expected it to be.

The This Old House Hour | PBS
Arlington Italianate Project 2014: House vs. Nature
A hydrangea with roots that are undermining the foundation is removed. Also: strategies for working with potentially messy red paint; the damage that hail can do to a house; and keeping water at bay in the basement. In the second half: starting plants from seed; replacing an outdoor hose spigot with one that will never freeze; and building a movable kitchen island.

Here Comes Honey Boo Boo: WatchNTweet | TLC
You’re Be Nineteen
In an enhanced episode, a shared birthday for sisters Alana and Anna has their mom planning something special, though June also wants to talk to Alana, her youngest daughter, about puberty.

No Reservations | E!
A workaholic chef (Catherine Zeta-Jones) deals with taking charge of her orphaned 9-year-old niece and a free-spirited co-worker (Aaron Eckhart) in this palatable romantic comedy that is a remake of the 2001 German hit “Mostly Martha.” Abigail Breslin, Patricia Clarkson. Directed by Scott Hicks.

The Millers | starts at: 8:31 | CBS
Plus One
Nathan secures two tickets to a dinner with President Obama, but then agonizes over which family member to take with him.

Chopped Canada | FOOD
You Can’t Win If You Don’t Plate
A common breakfast ingredient, miso paste and eel are among the featured ingredients.

Grey’s Anatomy | ABC
Throwing It All Away
Arizona advises a patient who’s facing a potential double amputation. Meanwhile, Derek doesn’t fulfill a promise to Callie; a baby is abandoned outside of the hospital; and a doctor gets suspended for not adhering to the nonfraternization policy.

Inside the Gangsters’ Code | DSC
The Commandos
A prison gang in the Philippines is the focus. Included: a look at an initiation.

Project Runway: Under the Gunn | LIFE
Trouble in the Lounge
The mentors confront the judges after a heated argument in the lounge. Macklemore joins the panel.

Reign | CW
Dirty Laundry
Mary’s honeymoon ends and she returns to the castle. Meanwhile, Lola displays some odd behavior, which leads to a secret being exposed; Bash finds a bewildered Olivia and asks Nostradamus to assist her; and Henry seeks help from Catherine.

Saw: The Final Chapter | Syfy
The surviving victims of Jigsaw consult a self-help guru (Sean Patrick Flanery), whose dark secrets end up causing as much carnage as the killer himself. Directed by Kevin Greutert.

The Millionaire Matchmaker | BRAVO
“The Fixer” and “The D.”
Patti’s clients include an advertising-sales executive from Chicago and a 34-year-old surfing aficionado.

Two and a Half Men | starts at: 9:01 | CBS
Welcome Home, Jake
Lyndsey finally learns that Alan is sleeping with Larry’s sister; Walden tries to tell Barry he’s got to find his own place.

NBA Basketball: Lakers at Thunder | TNT
Lakers at Thunder
Los Angeles Lakers at Oklahoma City. A career-high 42 points by Jodie Meeks helped the Lakers overcome OKC 114-100 four days ago. L.A. has dropped its last seven games on the Thunder’s home court, including three in the 2012 playoffs.

The Crazy Ones | starts at: 9:31 | CBS
March Madness
Andrew’s sisters arrive to celebrate St. Patrick’s Day, which displeases Simon because he detests the holiday.

Breaking Boston | A&E
Plotting the Break
Beauty school is pursued by a single mom in the opener of this series following four blue-collar female friends as they deal with everyday challenges in Boston.

House Hunters | HGTV
Multi-Family Homes Are a Hot Commodity in Boston
Newlyweds in Boston with a budget of $500,000 run into challenges when searching for a multi-family home with two units, plus they have a very large dog to accommodate and a desire to find a Victorian or farmhouse that complements a love of 1980s style.

King of the Nerds | TBS
Crowning the King
The winner is named in the Season 2 finale. Before that, the finalists face off in geeky games.

Parenthood | NBC
Limbo
Jasmine and Crosby butt heads over an issue with Aida’s upbringing; Julia learns disconcerting news about Joel; and Sarah continues to work with Hank but needs Kristina and Adam to step in when Max causes a disruption.

Scandal | ABC
No Sun on the Horizon
Fitz thinks he’s prepared for the first presidential debate, but a surprise awaits him. Meanwhile, unexpected news leads Olivia to make tough choice; and Olivia’s team represent a CEO who’s been accused of murder.

Celebrity Home Raiders | starts at: 10:01 | LIFE
David Hasselhoff
Kit and Darren visit David Hasselhoff at his sprawling 20-acre residence where he selects items to be auctioned for charity, including some “Baywatch” memorabilia. Also: a ride in KITT from “Knight Rider.”

Elementary | starts at: 10:01 | CBS – EDITORS’ PICK
The Hound of the Cancer Cells
Holmes investigates the murder of an influential cancer researcher and tries to determine whether the scientist’s untimely demise was linked to his latest cutting-edge invention that could have changed the face of modern medicine.

Online Dating Rituals of the American Male | starts at: 10:01 | BRAVO
Brian & Ephraim
A playboy tries to overcome a breakup; a 33-year-old single father caring for his son and sick father has high expectations for a romantic match.

Sirens | starts at: 10:01 | USA
Rachel McAdams Topless
Johnny realizes his iPad holds potentially incriminating information about his Web-browsing habits after he discovers a startling photograph on a patient’s computer.

Welcome to Myrtle Manor | starts at: 10:01 | TLC
To Catch a Rat
Jared books a music gig and uses his pay to buy a gift for Chelsey; Anne doesn’t shy away from a health problem; Marvin thinks he’s solved the mystery of the trailer-park rat; Amanda and Brittney’s feud escalates into a brawl.