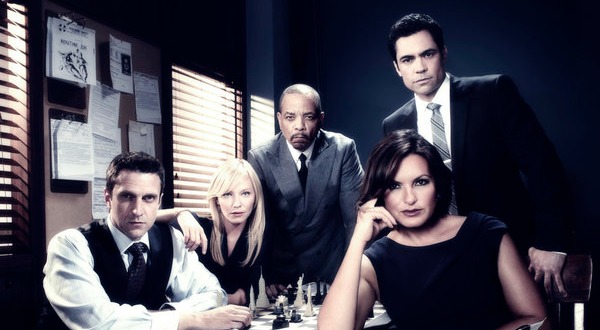 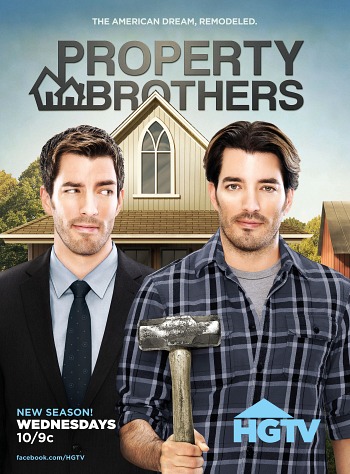 Melissa & Joey | ABCFAM
To Tell the Truth
Mel and Joe befriend a married couple, but Mel puts the friendship at risk when she shares a secret Joe told her about the husband. Elsewhere, Zander’s failing grades get him booted from art school, so Ryder agrees to let him hide out in the basement.

Revolution | NBC
Exposition Boulevard
Miles, Charlie and Connor return to Willoughby and discover the town now has a reeducation center. Meanwhile, Rachel and Miles clash over the extremes they’ll go to when fighting the Patriots; and Neville and Jason gain an ally and learn about the Patriots’ history.

Survivor: Cagayan | CBS
Our Time to Shine
One tribe considers throwing the immunity challenge in order to get rid of its strongest member. At meltdown at a reward challenge threatens a struggling player’s future in the game.

The Middle | ABC
Stormy Moon
Frankie gets arrested because of an unreturned library book, and she realizes Brick is to blame. Elsewhere, Sue disapproves of Rev. TimTom’s new girlfriend, Rev. Tammy; and Axl and Cassidy spend more time kissing than chatting over spring break.

Baby Daddy | ABCFAM
A Knight to Remember
Tucker pretends to be a lawyer in order to please his dad, and Ben helps with the charade. Meanwhile, Riley develops a crush on a British guy, but Bonnie mistakenly thinks she’s fallen for Danny; and the gang’s trip to a Renaissance faire goes badly.

Suburgatory | ABC
I’m Just Not That Into Me
Tessa takes Malik and Lisa to a college party, where she meets her male doppelgänger—and falls for him instantly. Meanwhile, Dallas gets a makeover after getting some interesting advice from a matchmaker.

Criminal Minds | CBS
Rabid
Three bodies are found in a shallow grave near Milwaukee. The investigation reveals that the victims are all covered in animal and human bite marks. Meanwhile, Reid and Garcia work out for a company fitness test, but they try to hide their preparation from Morgan.

Hoarding: Buried Alive | TLC
Worse Than a Haunted House
A mom’s hoarding problem leads to the discovery that her daughter shares the same trait; a woman’s compulsive collecting divides her family and is a danger to her husband’s health.

Law & Order: Special Victims Unit | NBC – EDITORS’ PICK
Gambler’s Fallacy
Rollins patronizes an illegal gambling club, where she’s recognized by one of the staff. She then makes a shady deal with the club’s managers, but she doesn’t do enough to please them, and before long, her colleagues become aware of the situation.

Modern Family | ABC
Other People’s Children
Jay bonds with Luke in the garage over talk of tools and manly pursuits; Gloria and Claire take Lily shopping for a flower girl dress; Mitchell, Cameron, Alex and Manny spend a day at a museum; Phil offers to help Andy with his anniversary gift for his girlfriend, which involves an expression of love on video.

Naked and Afraid: Revealed | DSC
A look back at memorable moments from Season 1; and a preview of Season 2.

Paycheck | Syfy
John Woo’s slick but soulless techno-thriller about a brilliant engineer (Ben Affleck) who tries to reconstruct the past after his memory is erased. Uma Thurman. Woo also co-produced. Affleck’s friend Matt Damon was originally considered for the lead role. Based on a 1953 story by Philip K. Dick.

Preachers’ Daughters | LIFE
Holier Than Thou
Ken tries to set Taylor up with a Christian boy; Megan gets busted for tweeting about being hung over in church; Tori gets crazy at a pool party.

Property Brothers | HGTV
Chris & Mike
Brothers who share a tiny pool house in their parents’ backyard are ready to move into a sprawling bachelor pad of their own in the Season 6 premiere.

Psych | USA
A Touch Of Sweevil
The speaker at a paranormal convention for police consultants dies under suspicious circumstances, forcing Shawn to launch an impromptu murder investigation.

Mixology | starts at: 9:31 | ABC
Bruce & Jessica
Bruce is rejected by Jessica, but he continues to pursue her. Meanwhile, Liv gets into unexpected trouble.

Bring It! | LIFE
Battle in Memphis
The Dancing Dolls compete in Memphis against some of the best dance teams in the South. Rittany tires of Dianna’s harsh teaching style and pulls Crystianna out of rehearsal; and a judging controversy leads to a riot.

CSI: Crime Scene Investigation | CBS
Long Road Home
The CSIs learn that a murdered woman and a missing prostitute both had ties to a mysterious band. Gene Simmons appears as himself.

Flipping Out | BRAVO
The New Girl
Jeff hires a friend as his new design assistant in anticipation of Jenni’s approaching maternity leave, but Andy is jealous of the new hire. Meanwhile, Jeff helps an old friend revamp her home.

House Hunters | HGTV
Family Trades Beaches of California for Colorado Rockies
A couple who have resided in Southern California for more than 20 years chase a career opportunity to Boulder, where they have $1 million to spend on a home, but first they must decide whether they want it to be a rustic or modern abode.

Men at Work | TBS
Jude Awakening
Part 1 of 2. Tyler tries to ask Jude out on a date, but her past proves to be an obstacle. Elsewhere, Milo is concerned that Gibbs is suppressing his emotions, and the source of Neal’s anxiety comes to light.

Nashville | ABC – EDITORS’ PICK
We’ve Got Things to Do
Juliette feels overshadowed by Rayna’s new acts. Elsewhere, Will presents a golden opportunity to Deacon; Teddy thinks Maddie is too focused on her music; Deacon becomes aware of Megan’s odd behavior; and Will makes an enticing offer to Layla.

Restaurant: Impossible | FOOD
A Lot to Lose
Bland food, poor service and no lunch crowd are among the problems identified by Robert when he arrives at Tootie’s Texas Barbecue in Cathedral City, Cal., which is owned by a woman who recently battled cancer.

The Conspirator | TVGN
Lawyer Frederick Aiken (James McAvoy) defends Mary Surratt (Robin Wright) from charges of participating in the assassination of Abraham Lincoln, and realizes that she’s being used as bait to capture her son, the only conspirator to have eluded justice. Directed by Robert Redford.

The Real World: Ex-plosion | MTV
Indecent Ex-posure
An unlikely bromance forms between Brian and Cory; Jenna discovers a video of Jay with another girl.

Broad City | COMEDY
Destination: Wedding
The ladies go to a wedding with Lincoln and some former coworkers, but Ilana is distracted by Abbi’s past friendships.

House Hunters International | HGTV
Keep Guam and Carry On
A pair of physician’s assistants in Atlanta seek a simpler way of life in Guam, but are divided when it comes to deciding whether to live closer to the beach or work.

Men at Work | TBS
Odd Milo Out
Conclusion. Tyler and Jude try to keep their blossoming relationship a secret in the Season 3 finale. Also: Milo’s traditional movie night is taken away from him; Neal finds a new apartment; big changes are expected in the office.