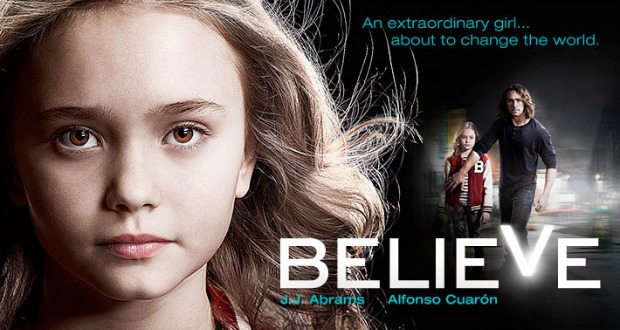 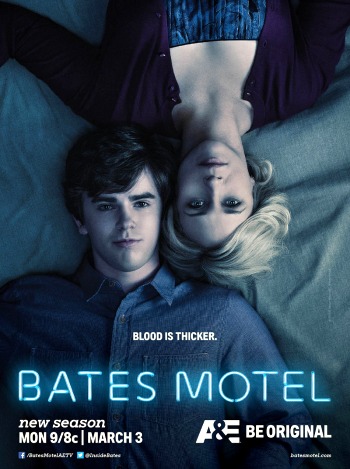 What’s on TV tonight? Bones (read Kimberly Strand’s recaps here), Teen Wolf, How I Met Your Mother, Bates Motel, and the premiere of Believe on NBC. Here’s the rundown.

Bitten | Syfy
Vengeance
The Pack push personal issues aside to focus on survival after Santos sics a notorious killer on them, but Elena’s feelings for Clay race to the surface after her own close call with death.

Bones | FOX – EDITORS’ PICK
The Source in the Sludge
The murder of a CIA informant sends Booth and CIA agent Danny Beck on the trail of an Afghan terrorist. Meanwhile, Brennan wants to spend more time in the field with Booth, but they wonder what impact it will have on their family.

Fast N’ Loud: Revved Up | DSC
Mashed Up Mustang
Richard trades a ’58 Impala for a ’67 Mustang.

How I Met Your Mother | CBS
Daisy
Marshall recruits Ted and Barney to help him to get to the bottom of the mystery of where Lily disappeared to when she bolted in the middle of their argument.

Kickin’ It | DISXD
The ‘Stang
Milton borrows his dad’s pristine classic convertible to attend a senior party in style. Meanwhile, Rudy and Jack recruit a new group of bodybuilders to train at the gym, but problems arise when they disregard the code of conduct.

Star-Crossed | CW
And Left No Friendly Drop
Roman’s pod is ransacked, which leads to a discovery about his father’s secrets. Seeking more information, Roman reaches out to Julia for help, prompting jealousy from Emery. Elsewhere, Emery questions whether she can trust Grayson; and Sophia joins the swim team.

Switched at Birth | ABCFAM
The Past (Forgotten-Swallowed)
Daphne assists Angelo with a fund-raiser at the clinic. Meanwhile, Bay can’t ignore MaryBeth’s feelings for Tank; Sharee is tutored by Toby; and John and Katherine entertain John’s old baseball buddy.

The Bachelor | ABC
In the Season 18 finale, Juan Pablo must choose which of the two remaining bachelorettes is the perfect fit for himself and his daughter. Before he does so, he introduces the women to his family and goes on a final date with both ladies. Appearing: bachelorettes Chelsie, Kelly, Renee and Sharleen; Sean and Catherine Lowe; and Desiree Hartsock and Chris Siegfried.

Mighty Med | DISXD
All That Kaz
Oliver gets a mind-altering superhero to help him become more carefree and spontaneous like Kaz.

Beauty and the Beast | CW
About Last Night
A romantic destination is revisited by Cat and Vincent.

Being Human | Syfy
Too Far, Fast-Forward!
Sally tries to right her wrongs and free herself from the past she’s stuck in, but the only way she can figure on doing that is by magically transporting herself to the present and seeking the aid of an old foe.

Dallas | TNT
Playing Chicken
Bobby tries to outmaneuver John Ross in a race to secure capital for an Arctic lease auction. Elsewhere, Nicolas and Elena’s partnership heats up; Christopher makes a startling discovery; and approaching nuptials are put in jeopardy.

Lab Rats | DISXD
Zip It
Bree gets a part-time job at a tech store but is overshadowed by Chase. Meanwhile, Adam and Leo build a turbo zip line in the house.

Love It or List It | HGTV
Lakeside Bungalow
A tiny bungalow with a beautiful lakeside view receives a basement transformation courtesy of Hilary, while David works to convince the owners that it’s time to move to a new home.

Single Ladies | VH1
Game On
Raquel hosts a game night but tries to keep her blossoming romance a secret. April arrives with David and Omar brings an unexpected guest to the gathering. Meanwhile, Keisha sounds off a warning about Terrence.

The Following | FOX
The Messenger
Ryan searches for new answers by tracking down the man who taught Joe to kill. Meanwhile, Emma and Mandy wait for Joe to reveal his new plan while he gets his bearings.

The Fosters | ABCFAM
Don’t Let Go
Callie feels conflicted after meeting with her dad, and she worries how this will affect Jude. Elsewhere, Jesus has a hard time at school without his ADHD medicine; Zac’s mom extends a surprising invitation to Mariana; and Lena and Stef make a big decision after getting insight from a friend.

The Real Housewives of Beverly Hills | BRAVO
Are You My Friend?
The ladies attend a lavish bash at the Beverly Hilton hotel in the Season 4 finale. Also: Kim attempts to make amends with Ken; Kyle, Brandi and Yolanda try to make peace with Lisa.

Worst Cooks in America | FOOD
Surprise!
The recruits face the challenge of cooking for a crowd when they roll conveyor belt sushi for hungry lunchers, and later, cater a huge party for fashion designer Betsey Johnson.

Intelligence | CBS
Cain and Gabriel
Lillian, worried about her daughter’s safety, accompanies Gabriel and Riley to San Francisco to investigate a plot to carry out a terrorist attack using blackmailed people in witness protection.

Lost Girl | Syfy
Destiny’s Child
Bo, even if she doesn’t have the support of her friends, is determined to go to hell and back to get the answers she needs; at the same time, Kenzi makes it her mission to uncover what Trick is hiding.

Mystery Diners | FOOD
Paranormal Activities
The owner of Taverna Mazi in Seattle wants Charles to look into rumors that members of his staff are offering “haunted tours” of the restaurant.

Southern Charm | BRAVO
Sh-Epic Fail!
Thomas seeks a wife and woos a woman, but she questions his past. Meanwhile, a conflicted Shep makes questionable decisions, and Whitney ponders finding a place of his own.

The Bachelor: After the Final Rose | ABC
Juan Pablo recaps the season in an interview with Chris Harrison. Also: The final two bachelorettes discuss the outcome of the show; and the next star of “The Bachelorette” is announced.

Those Who Kill | A&E
The Way Home
A mysterious message is found alongside a murder victim. Meanwhile, Thomas looks into Catherine’s past.

Believe | starts at: 10:01 | NBC – EDITORS’ PICK
Pilot
The series premiere of a drama about a young girl (Johnny Sequoyah) with supernatural gifts and the wrongly imprisoned inmate (Jake McLaughlin) assigned to protect her. Executive producers include J.J. Abrams.

Chozen | FX
Family Weekend (or How Gary Got His Groove Back)
Chozen and Tracy’s parents have an unforgettable night.

House Hunters International | HGTV
To Rent Out or Not to Rent Out in Aruba
A Toronto couple search for a vacation home in Aruba, and argue over whether they should rent it when they aren’t using it.