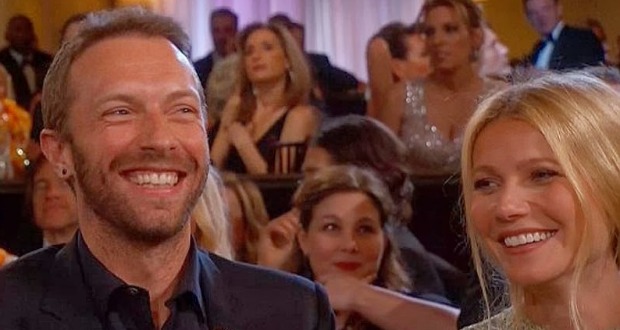 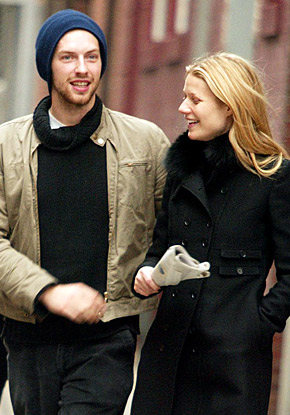 Academy Award-winning actress Gwyneth Paltrow, 41, and Coldplay front man, Chris Martin, 37, are calling it quits after a decade of marriage. The couple have two children, Apple, 9, and Moses, 7.

The “Shakespeare in Love” star announced the split on her lifestyle website Goop.com, which was posted as a story by The Wrap at 6:15 p.m. Tuesday.

The Goop website has been so overwhelmed by traffic that the server has crashed, so there’s no way to link, but according to the Wrap, Paltrow wrote:

“It is with hearts full of sadness that we have decided to separate. We have been working hard for well over a year, some of it together, some of it separated, to see what might have been possible between us, and we have come to the conclusion that while we love each other very much, we will remain separate.”

She added: “We are parents first and foremost, to two incredibly wonderful children and we ask for their and our space and privacy to be respected at this difficult time. We have always conducted our relationship privately, and we hope that as we consciously uncouple and co-parent, we will be able to continue in the same manner.”

The actress has always zealously guarded her privacy and that of her family. Still, as recently as January there is a photograph of the couple at the 3rd Annual Sean Penn & Friends “HELP HAITI HOME” Gala in Beverly Hills on Jan. 11.

Back in February, stories swirled about a story Vanity Fair planned on the actress that she tried to squash. Graydon Carter wrote about how “people had passionate opinions about the actress – some positive, some negative.” It was one of the most buzzed about stories of the year.

In his Editor’s Letter, Carter wrote that he had assigned “a reasoned, reported essay on the hate/love-fest that encircles Gwyneth Paltrow. I thought it perfectly explained the whole phenomenon. But it was such a far cry from the almost mythical story that people were by now expecting—the ‘epic takedown,’ filled with “bombshell” revelations—that it was bound to be a disappointment.

The story never did reveal any bombshells, including any hints that her marriage was in trouble.

Even if Paltrow’s squeaky clean lifestyle and self discipline sometimes made her a target for snarky comments, the way she succeeded in protecting her privacy and that of her family was admirable and inspiring. Even though not a huge fan – she is too damn perfect – I admit my heart sank when I read the sad news of the breakup of what seemed like a storybook romance.

I also remembered back in 2003 when Paltrow and Martin first began dating. I attended a Grammy event where Coldplay performed. When the lights went down Gwyneth Paltrow slipped past me in the fourth row to listen to her boyfriend. She was gorgeous in a simple outfit of slacks and flowery, sheer blouse.  Martin introduced one song as being about “falling in love.” Paltrow was so attentive and wrapped up in the music that her handler had to tug at her arm to get her to leave before the crowds noticed her. She got up reluctantly and never took her eyes off the stage.